It Is All a Word Game: Why “Persons” Are Not Real

It Is All a Word Game: Why “Persons” Are Not Real

. . . AND WE THE PEOPLE ARE BEING ENSLAVED BECAUSE WE AREN’T TOLD THE DEFINITIONS!

By AL Whitney © copyround 2016
Permission is granted for redistribution if linked to original and AntiCorruption Society is acknowledged.

ARE YOU ALIVE OR DEAD? 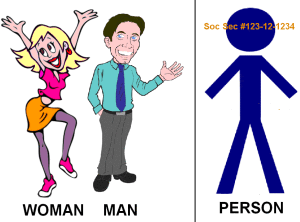 The key to the word game is “Person” and it is everywhere in our government and legal system from the federal level to the local level.

In legal-land, “PERSONS” AREN’T REAL – THEY ARE FICTIONAL!

When the UNITED STATES went bankrupt in the 30s because of the banksters orchestrated “great depression”, so-called “federal” government representatives pledged (hypothecated) the future earnings and productivity of the American people to the banksters as payment of the debt.[i]

hypothecate: to pledge to a creditor as security without delivering, as property.

Franklin Delano Roosevelt (FDR) was put in office in 1933 to administer this new system of government/economics. It was called The New Deal and sold both to Congress and the American people as an emergency solution to a national economic nightmare. The state of emergency declared at the time has been maintained ever since.[ii] 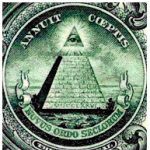 The motto inscribed beneath the pyramid in the Great Seal of America is “Novus Ordo Seclorum” which is Latin for “New Order of the Ages”, and synonymous with the “New World Order”. We need to remind ourselves that the FEDERAL RESERVE NOTE (the US Dollar) is the currency of the private Federal Reserve banking cartel . . . not the currency of a sovereign nation.

The hypothecated population’s earnings had to be tracked and taxed, so UNITED STATES citizens were encouraged to sign up for ‘federal’ Social Insurance aka Social Security. Not coincidentally the Social Security Act was also passed in 1935. [Today it is almost impossible to work, open a bank account, or make a doctor’s appointment without presenting a Soc Sec number.]

Fairly soon afterward, the Birth Certificate tracking system was created and mothers were strongly urged to sign a Certificate of Live Birth as soon as they named their newborn infants. Unbeknownst to the baby’s Mom and Dad, this document creates a  brand new fictitious “Person” that is recorded, and tracked through their Social Security number from then on[iii]. The “Person” is named JOHN DOE to coincide with the baby’s family-given name John Doe.

“Very soon, every American will be required to register their biological property in a National system designed to keep track of the people and that will operate under the ancient system of pledging.

“By such methodology, we can compel people to submit to our agenda, which will affect our security as a charge back for our fiat paper currency. Every American will be forced to register or suffer not being able to work and earn a living.

“They will be our Chattel and we will hold the security interest over them forever, by operation of the law merchant[iv] under the scheme of secured transactions. Americans, by unknowingly or unwittingly delivering the bills of lading to us will be rendered bankrupt and insolvent, forever to remain economic slaves through taxation, secured by their pledges.”

Here is proof that our laws/statutes are written for legal fiction “Persons” and corporations – not for flesh and blood living men:

The words “man and woman” do not appear in any of these definitions. None of these legal entities are alive or even real. They are not substance, they are form. Essentially they are all artificial fictional legal constructs.

This is all done by subterfuge via the complicit, perhaps unaware, BAR Association’s army of attorneys. This scam is – and always has been – a fraud against all Americans.

In the 50s and 60s the Uniform Commercial Code was installed across America to fine tune and define this new legal system[v]. This was done, without the knowledge or consent of the American people who still believe the US Constitution (with the Bill of Rights) is the law of the land. They cling to this belief in spite of overwhelming evidence that the opposite is true. The reality is that they have been tricked into becoming tax and code slaves by the Rothschild international banking cartel and its BAR.

This nefarious system stays in place due to the “presumption”[vi] that we are all volunteering to be dead legal fiction “Persons”. According to UCC General Provisions[vii], presumptions remain valid unless evidence is provided to the contrary.

The first step to rebutting the volunteer presumption is to recognize that President Bill Clinton presented us with a remedy in his Executive Order 13132 in 1999:

Federalism
https://anticorruptionsociety.files.wordpress.com/2014/11/executive-order-13132-federalism.pdf
Section 2 Fundamental Federalism Principles
“(d) The people of the States are free, subject only to restrictions in the Constitution itself or in constitutionally authorized Acts of Congress, to define the moral, political, and legal character of their lives.”

So, we need to create and publish a (rebuttal) notice defining our political and legal characters . . . for the record. This entails resurrecting ourselves from the dead (from legal personage) and rebutting the presumption that we volunteered to be federal US citizens obligated under all of the thousands of inane (and many times undisclosed) rules, regulations and statutes passed by federal, state and local corporate governments.

Instructions for creating and publishing a rebuttal notice can be found here: Notice of Condition Precedent: https://anticorruptionsociety.com/notice-of-condition-precedent-2/

[i] See Congressional Record of Rep James Traficant on the floor of Congress 3-17-93: “In 1933, the federal United States hypothecated all of the present and future properties, assets and labor of their “subjects,” the 14th Amendment U.S. citizen, to the Federal Reserve System”; https://anticorruptionsociety.files.wordpress.com/2014/01/traficant-the-bankruptcy-of-the-unite.pdf

[iv] See UCC § 1-103.; (b) Unless displaced by the particular provisions of the Uniform Commercial Code, the principles of law and equity, including the law merchant and the law relative to capacity to contract . . .; https://www.law.cornell.edu/ucc/1/1-103

[vi] See UCC § 1-206. Presumptions.; Whenever the Uniform Commercial Code creates a “presumption” with respect to a fact, or provides that a fact is “presumed,” the trier of fact must find the existence of the fact unless and until evidence is introduced that supports a finding of its nonexistence.

Attorney/researcher Melvin Stamper did a relatively thorough job explaining the entire issue of “Persons” in his book Fruit from a Poisonous Tree. Here is one chapter of that book with invaluable info on this topic: The Magicians

This article was originally titled “It is all a word game”. It was found on AnticorruptionSociety.com and republished on this website for educational purposes.