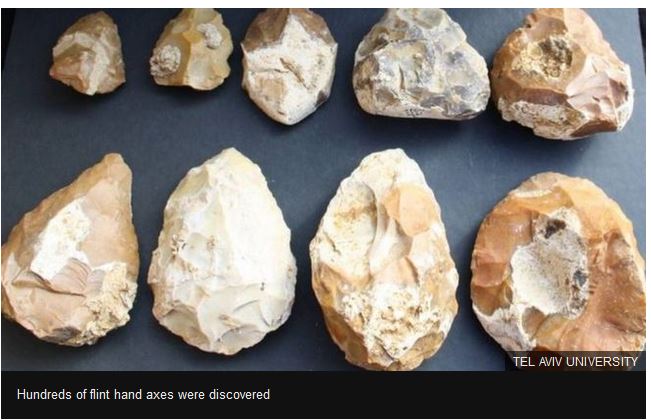 Israeli archaeologists have uncovered a rare prehistoric site near Tel Aviv described as a “paradise” for hunter-gatherers living 500,000 years ago.

The site, next to a busy motorway at Jaljulia, has revealed hundreds of flint axes and other artefacts.

Experts say the area had a stream, vegetation and an abundance of animals – all perfect for early humans.

Ran Barkai, head of archaeology at Tel Aviv university, said the site had been “amazingly preserved”.

“For people it was like a paradise, so they came here again and again,” he said.

“The water brought flint nodules from the hills, which were used to make tools on the spot, and it attracted animals, which were hunted and butchered here. They had everything that prehistoric people needed.”

The ancient landscape was found between Jaljulia and the Route 6 motorway, about 5m (16ft) below the surface, and the finds indicate it was used by the ancestors of modern humans – homo erectus. 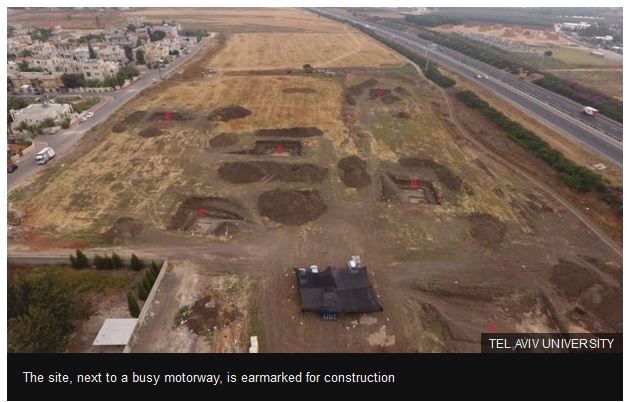 The Israel Antiquities Authority, which carried out the joint excavation with the university, said the finds had shed new light on the period.

“The discovery is incredible because of the state of preservation of the pieces and for their implications in our understanding of this ancient material culture,” said Maayan Shemer, excavation director for the authority.

“There is no doubt that researching these finds in-depth will contribute greatly to the understanding of the lifestyle and human behaviour during the period.”

Archaeologists moved on to the site last year when the area was earmarked for new construction.

Home erectus was the first human species to walk fully upright. They were slightly bigger and more powerful than modern humans but their brains were not as evolved. 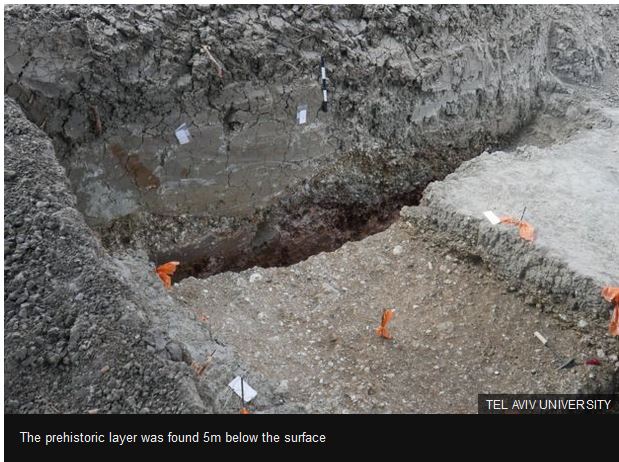