Is the NSA the real president of the United States?

Is the NSA the real president of the United States? 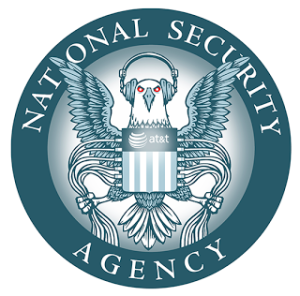 The US intelligence community continues its war to kick Donald Trump to the curb and destroy his presidency.

Obviously, the NSA, the CIA, and their silent partners want to continue to run this country.

We’ll get to the guts of the problem in a minute, but first a word from Bill Binney.

“Binney was an architect of the NSA’s surveillance program. He became a famed whistleblower when he resigned on October 31, 2001 after spending more than 30 years with the agency.”

“Asked whether he believes the NSA is tapping Trump, Binney replied: ‘Absolutely. How did they get the phone call between the president and the president of Australia? Or the one that he made with Mexico? Those are not targeted foreigners’.”

“Binney further contended the NSA may have been behind a data leak that might have revealed that Michael Flynn, Trump’s national security adviser, allegedly misled Vice President Mike Pence and other Trump administration officials about the contents of his phone calls with Russia’s ambassador to Washington.”

“Regarding Flynn’s case, Binney stated of the NSA”:

“’If they weren’t behind it, they certainly had the data. Now the difference here is that FBI and CIA have direct access inside the NSA databases. So, they may be able to go directly in there and see that material there. And NSA doesn’t monitor that. They don’t even monitor their own people going into databases’.”

“So, they don’t monitor what CIA and FBI do. And there’s no oversight or attempted oversight by any of the committees or even the FISA court. So, any way you look at it, ultimately the NSA is responsible because they are doing the collection on everybody inside the United States. Phone calls. Emails. All of that stuff’.”

“Utilizing data provided by whistleblower Edward Snowden, the Guardian and Washington Post in June 2013 released a series of articles reporting that the NSA was collecting the telephone records of millions of Americans.”

—Nearly two years ago, on April 19, 2014, I wrote: “Taking the overall [NSA] scheme to another level, consider this: those same [NSA] heavy hitters who have unfettered access to financial information can also choose, at opportune moments, to expose certain scandals [e.g., Michael Flynn] and crimes. In this way, they can, at their whim, cripple governments [e.g., the Trump administration]…”

Now we come to the guts of the problem. Here is my complete article from April 10, 2014:

The Surveillance State has created an apparatus whose implications are staggering. It’s a different world now. And sometimes it takes a writer of fiction to flesh out the larger landscape.

Brad Thor’s novel, Black List, posits the existence of a monster corporation, ATS, that stands alongside the NSA in collecting information on every move we make. ATS’ intelligence-gathering capability is unmatched anywhere in the world.

On pages 117-118 of Black List, Thor makes a stunning inference that, on reflection, is as obvious as the fingers on your hand:

“For years ATS had been using its technological superiority to conduct massive insider trading. Since the early 1980s, the company had spied on anyone and everyone in the financial world. They listened in on phone calls, intercepted faxes, and evolved right along with the technology, hacking internal computer networks and e-mail accounts. They created mountains of ‘black dollars’ for themselves, which they washed through various programs they were running under secret contract, far from the prying eyes of financial regulators.”

“Those black dollars were invested into hard assets around the world, as well as in the stock market, through sham, offshore corporations. They also funneled the money into reams of promising R&D projects, which eventually would be turned around and sold to the Pentagon or the CIA.”

“In short, ATS had created its own license to print money and had assured itself a place beyond examination or reproach.”

In real life, whether the prime criminal source is one monster- corporation or a consortium of companies, or elite banks, or the NSA itself, the outcome would be the same.

It would be as Thor describes it.

We think about total surveillance as being directed at private citizens, but the capability has unlimited payoffs when it targets financial markets and the people who have intimate knowledge of them.

“Total security awareness” programs of surveillance are ideal spying ops in the financial arena, designed to suck up millions of bits of inside information, then utilizing them to make investments and suck up billions (trillions?) of dollars.

It gives new meaning to “the rich get richer.”

Taking the overall scheme to another level, consider this: those same heavy hitters who have unfettered access to financial information can also choose, at opportune moments, to expose certain scandals and crimes (not their own, of course).

In this way, they can, at their whim, cripple governments, banks, and corporations. They can cripple investment houses, insurance companies, and hedge funds. Or, alternatively, they can merely blackmail these organizations.

We think we know how scandals are exposed by the press, but actually we don’t. Tips are given to people who give them to other people. Usually, the first clue that starts the ball rolling comes from a source who remains in the shadows.

What we are talking about here is the creation and managing of realities on all sides, including the choice of when and where and how to provide a glimpse of a crime or scandal.

It’s likely that the probe Ron Paul had been pushing—audit the Federal Reserve—has already been done by those who control unlimited global surveillance [NSA]. They already know far more than any Congressional investigation will uncover. If they know the deepest truths, they can use them to blackmail, manipulate, and control the Fed itself.

The information matrix can be tapped into and plumbed, and it can also be used to dispense choice clusters of data that end up constituting the media reality of painted pictures which, every day, tell billions of people “what’s news.”

In this global-surveillance world, we need to ask new questions and think along different lines now.

For example, how long before the mortgage-derivative crisis hit did the Masters of Surveillance know, from spying on bank records, that insupportable debt was accumulating at a lethal pace? What did they do with that information?

When did they know that at least a trillion dollars was missing from Pentagon accounting books (as Donald Rumsfeld eventually publicly admitted on September 10, 2001), and what did they do with that information?

Did they discover where billions of dollars, in cash, shipped to post-war Iraq, disappeared to?

When did they know the details of the Libor rate-fixing scandal? Press reports indicate that Barclays was trying to rig interest rates as early as January 2005.

Have they tracked, in detail, the men responsible for recruiting hired mercenaries and terrorists, who eventually wound up in Syria pretending to be an authentic rebel force?

Have they discovered the truth about how close or how far away Iran is from producing a nuclear weapon?

Have they collected detailed accounts of the most private plans of Bilderberg, CFR, and Trilateral Commission leaders?

For global surveillance kings, what we think of as the future is, in many respects the present and the past.

It’s a new world. These overseers of universal information-detection can enter and probe the most secret caches of data, collect, collate, cross reference, and assemble them into vital bottom-lines. By comparison, an operation like WikiLeaks is an old Model-T Ford puttering down a country road.

Previously, we thought we needed to look over the shoulders of the men who were committing major crimes out of public view. But now, if we want to be up to date, we also have to factor in the men who are spying on those criminals, who are gathering up those secrets and using them to commit their own brand of meta-crime.

And in the financial arena, that means we think of Goldman Sachs and JP Morgan as perpetrators, yes, but we also think about the men who already know everything about GS and Morgan, and are using this knowledge to steal sums that might make GS and Morgan blush with envy.

This is what we are dealing with. This is the way, for example, governments and administrations can be brought down.

It all depends on whom the NSA wants to support and whom it wants to get rid of.

The NSA is not only the swamp that needs to be drained, it is the agency looking at and probing the swamp and extracting crucial information for itself and its close friends.

To forward its agenda of…security? Yes, if by security we mean endless conquest and Empire and control.

Ah, there they are. The NSA, the obsessed technocrats who believe they are masters of all they survey. And spy on.