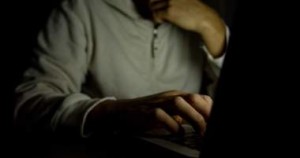 That’s right. When informed that pedophiles were passing around pictures of children in the vilest, most unholy ways, Facebook shot the messenger. Well, Facebook asked police to do it for them — metaphorically of course.

Investigative reporters from the BBC have a long history of tracking down the perverts that seem to pervade the Internet. After discovering that there was a significant amount of such images floating around Facebook, the network notified executives at the company, offering to sit down and show Facebook’s representatives the evidence of pedophilia collected by BBC reporters.

Simon Milner [a Facebook representative], finally agreed to sit down for an interview about moderation tools on the network. There was just one condition: Facebook asked that the BBC reporters send the company images that they’d found on Facebook’s secret groups that the BBC would like to discuss.

The BBC complied with Facebook’s request, sent the images to the company, and then, almost unbelievably, Facebook backed out of the scheduled sit down and reported the BBC to the police!

In explanation of its extraordinary actions, Facebook issued a statement explaining, “It is against the law for anyone to distribute images of child exploitation.”

Imagine informing your neighbor that you saw someone break into his house and then offering to show him the evidence of the crime and then he calls the police, claiming you were the criminal!

Facebook says it is sufficiently policing child pornography and pedophilia by providing a “Report Button” on the site whereby users can identify potential pedophiles and “nudity and other sexually suggestive content.”

BBC apparently considered the “Report Button” likely to prove unreliable, therefore the news organ conducted its own experiment on its effectiveness. The BBC reports:

To test Facebook’s claim, the BBC used the report button to alert the company to 100 images which appeared to break its guidelines. They included:

• pages explicitly for men with a sexual interest in children

• images of under-16s in highly sexualised [sic] poses, with obscene comments posted beside them

• an image that appeared to be a still from a video of child abuse, with a request below it to share “child pornography.”

Facebook told the BBC that the other 82 images didn’t cross the company’s “inappropriate” threshold.

Undeterred, the BBC continued its test of Facebook’s accountability on the issue of child pornography and pedophilia:

But the BBC found five convicted paedophiles [sic] with profiles, and reported them to Facebook via its own system. None of them were taken down.

“I find it very disturbing, I find that content unacceptable,” said Mr Collins in response.

“I think it raises the question of how can users make effective complaints to Facebook about content that is disturbing, shouldn’t be on the site, and have confidence that that will be acted upon.”

David Jordan, the BBC Director of Editorial Policy, is concerned about the cause of Facebook’s bizarre reaction to receiving undeniable evidence of pedophilia and child pornography on its servers.

“The fact that Facebook sent images that had been sent to them, that appear on their site, for their response about how Facebook deals with inappropriate images … the fact that they sent those on to the police seemed to me to be extraordinary,” he said.

“One can only assume that the Facebook executives were unwilling or certainly reluctant to engage in an interview or a debate about why these images are available on the Facebook site.”

Facebook’s disregard of disgusting content on its site seems to be nothing new. Consider this story published by FoxNews.com on September 28, 2010:

The world’s largest pro-pedophilia advocacy group uses Facebook to connect with its members throughout the world; to find and exchange photos of children; to hone its members’ predatory behavior; and to identify, target and reel in child victims, an investigation by FoxNews.com reveals.

The North American Man/Boy Love Association (NAMBLA) is a revolting organization devoted to providing opportunities for pedophiles to find children to exploit.

Facebook says it has a strict policy against the posting of content that supports groups engaged in child exploitation, yet a simple, five-second search on Facebook, conducted on Sept. 23, yielded dozens of pages devoted to the infamous North American Man/Boy Love Association (NAMBLA). Many of those pages featured numerous photos of unnamed boys, some of whom appeared to be too young for kindergarten.

The same day, FoxNews.com found hundreds of links to NAMBLA’s website on Facebook, which has more than half a billion users worldwide. And posts on known pedophile blogs and chat rooms show an organized effort by pedophiles to use the social networking site to prey on children.

Why would Facebook and its executives and managers permit such perversion on its site, a site accessed by over one billion people every day?

A better, more relevant question would be why conservatives, Christians, and others of strong moral character continue to patronize a site so reluctant to run perverts off its site?

“Facebook has been recognized as one of the best platforms on the internet for child safety,” Facebook said in a statement.

That’s a position seemingly impossible to prove. What is certain, though, is that when offered evidence of the vilest perversion being passed around on its servers, Facebook called the police on the whistleblowers.