Is Edward Snowden a Lightworker? 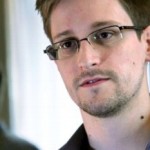 There are plenty of news sources hounding Edward Snowden for questioning these days. He’s the 29-year old former CIA employee who blew the whistle on the NSA’s entrenched systems of surveillence on unsuspecting Americans – all in the name of “national security.” But while most of the questioners seem focused on the consequences to his disclosure actions, others are wondering if Edward Snowden is a lightworker?

The Galactic Free Press defines a lightworker as “people at the leading edge of transforming human consciousness.” Often the lightworkers themselves are “waking up,” reconnecting to Absolute Data or infinite intelligence – all via our inner knowing.

For Snowden, whether he can land in protective hands or be extradicted is unclear, but he has laser clarity to his inner knowing that the scope of the NSA’s surveillance is not only unjust behavior of an unenlightened government, but that the sovereign BEings victimized by the behavior deserve to know the truth.

No doubt there’s a heroic focus to be noted for someone who’s risking his life to reveal the hidden fact every American – be it you, your accountant, a federal judge or even the President – has been, and will be spied on if they use email, the internet, Skype text or video chat, and cell phone conversation – all stored forever.

But beyond heroism, lightworkers are pioneers. They lead the way for others to follow. As Snowden stated in The Guardian video interview below, he risked his life not because he could shake down the entire intelligence community, but because humanity ought not accept a power-wielding oppressive government. As Snowden said, “The greatest fear I have regarding the outcome for America of these disclosures is that nothing will change.”

Indeed Snowden has shown light on an open door – a gateway wider than he may know. Such is the perspective of Matthew Ward. Ward is a cosmic being who channels through his mother, Suzanne. In Matthew’s June message he describes the hidden dealings and puppetry involved in global surveillance.

According to Matthew, President Obama defends the NSA’s data gathering as authorized in the Patriot Act, but what the President cannot say is that because of the data, “the most extensive terrorist acts that met failure and most of the lesser plots that also got shot down, were those devised by the CIA faction under Illuminati control.”

Matthew goes on to state ETs are working covertly in the NSA and other agencies in the U.S. and around the globe for which Obama is aware. Unbeknownst to the agencies, these cosmic beings are, “collecting and analyzing information on all Illuminati activities around the globe and using it to weaken their operations and obtain evidence for prosecution. When this has served its purpose—bringing to its final moment the Illuminati reign—the Patriot Act and also Homeland Security will come to an end.”

The impact of Snowden’s game-changing disclosure reminds us that within all experiences of our present dimension of duality, both light and dark energies exist. This holds true not just for government entities but for the media puppets that serve them. Yet shifting into a new realm of Absolute Love means light shall prevail and the disease of darkness will heal. And akin to all healing, the process starts from within – in this instance, deep within the bowels of a diseased government.

Thanks to Edward Snowden’s contribution of light work, humanity is now at the tipping point, transitioning into higher consciousness. The beauty of this passage is we’re ALL becoming lightworkers – consciously and compassionately connecting to Absolute Love. ~ Holly Tucker

[Editor’s Note: Edward Snowden spoke exclusively with the South China Morning Post yesterday saying his intention is to ask the Hong Kong courts and the people of Hong Kong to decide his fate. Local activists such as Civil Human Rights Front and In Media are coordinating a march this Saturday, June 14, in support of Snowden. To show your support, you can contact them or  the US Consulate General in Hong Kong, or the National People’s Congress of The People’s Republic of China.]

10 Comments to “ Is Edward Snowden a Lightworker?”