Invoking the Power of You, Of Love, As the Guardians of This Precious Earth!

Invoking the Power of You, Of Love, As the Guardians of This Precious Earth!

by Lisa Gawlas, published on The Shift of Time and Energy, on November 24, 2016 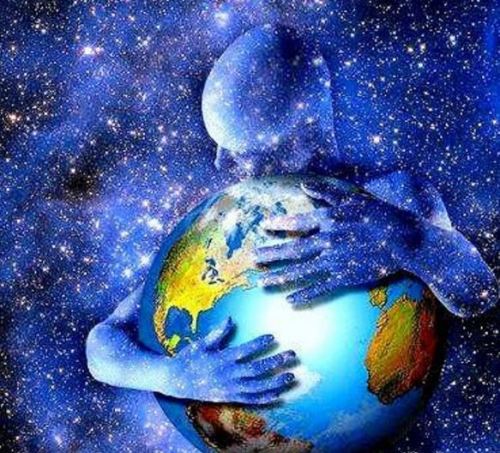 Mercy me!!  Another night up all night coughing my lungs out, but with an odd twist. Every single time I woke up coughing, I could literally see the people protesting in N Dakota in different formations.  I didn’t get the relationship until I fully woke up for the day (just now) but a few times there were in a fractal formation, a spiral formation.  They were moving energies thru the formation.  The other formation was a blue and black yin yang symbol.  I guess the people were dressed in blue and black I don’t know how I knew any of this when I was up coughing my throat open again, but I could see then as if I was in the sky looking down at them.  This one, while hacking up a lung, I actually did understand.  The little blue and black dots representing water and oil. 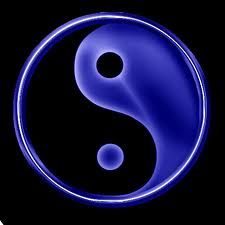 Know I don’t know a damn thing about oil mining or whatever it is called, but I think if groups targeted major facility of extraction, where the largest oil reserves are that these companies are pulling from… the oil will become contaminated with water.  Obviously, earth, the water and the oil are in full agreement with this reverse plan (instead of the oil always spilling into the water.)  But it must be enacted by the guardians of this earth, which would be us.

We are much more powerful than any corporation out there, but only if we do not try to fight them in their way (fear and more fear.)  I seen a heartbreaking video on facebook yesterday of I don’t even know who, with massive water hoses hosing down these precious people in cold cold weather.  WTF????  Talk about using their power against them.  Grrrrrr.

Try and touch the 2nd amendment and the people who are supposed to be our government are all over it, protecting the right to own and use guns.  But the 1st amendment: [1] The First Amendment states that “Congress shall make no law respecting an establishment of religion, or prohibiting the free exercise thereof; or abridging the freedom of speech, or of the press; or the right of the people peaceably to assemble, and to petition the Government for a redress of grievances.”  Completely ignored and violently violated!!

There is peace and then there is the heart of the warrior, a call for action beyond what any corporation or government (hell, most people) can see or understand,  While standing in place you can unleash incredible power, call on the elements, call on the animal kingdom.  The bison showed up in a herd at the front lines, employ them don’t just take pictures, geez!!  Talk about a statement of “we are Here with you.”  Peaceful and passive are not the same thing nor interchangeable.

We, together, have more power, more ability to control what is happening than they can ever dream to have,  but only if we remember and use it!!

Hell, we can band together in group and start to defunct the oil wells all over the planet.  They are extracting thru energy, we are energy, we are a very very powerful wise energy.  More than that, we are LOVE and act from love.  Watch a mother bear protect her young, she is not peaceful nor passive, she is lovingly aggressive.  Why the hell aren’t we with this earth?

The coughing can easily be related to small little earthquakes rerouting energy… rerouting water flows to a new source target.

Let me change the subject just a little bit here, still very much relative, just different.  I am so freakin determined each day that this is the day I can read again, connect to the source of all light called You, again.  On my drive to the office, I already knew that was not going to happen.  My body started to ping a small temperature, and the coughing, jezuz christ the coughing!!  I barely cough at home.  It really is a stunning difference, a switch in energetic frequencies.  My first lady, a virgin upon my field (someone I never read for before lol, for those who are not familiar with that expression I use ) holy love fest in my body batman!!  All I could think of was champagne bubbles.  The coughing was on overdrive!!  I didn’t want to leave yet, it was more than my body could handle in staying.  I hurt my throat from the coughing.  Thank god she understood, thank god everyone understands.  I am starting to feel like a junkie needing a fix really really bad, but the body cannot take it… yet.  I emailed everyone else and did not pick up my phone to say boo to anyone for the rest of the day.

The one thing I am absolutely sure of, what we consider frequency is in full essence, a purer form of love flooding this planet.  Those who are aligned to this love, this frequency are absorbing it is, day by day and the body is assimilating it, changing into its new stellar form.  (Interesting choice of word there… stellar.)

I want to share an article that was shared in the comments section of my blog yesterday (thank you so much Brenda) that for the most part, hit many bells and whistles inside of (some parts not even close, like the bottom part about food and sex and stuff lol, we can be so human in our thoughts, even the ancient ones.)  The link and story is: “The Secret Story Never Told.”

I will cherry pick what I want to share from that article (like I said, not everything hit the truth inside of me, but many things did and that’s what I am sharing:)

…this claustrum produces an oil, a very sacred oil. In ancient Greece this oil was known as the Chrism, the Christos, or Ichthus, because they said it was oily and had a fishy smell. When the claustrum secretes the oil it makes a journey down your central nervous system, your spine and ultimately to the bottom portion of the spine, the sacrum. Most humans are born with 33 vertebrae and as they age the vertebrae start to fuse in the lower portion and form the sacrum and coccyx. Could the story of the fall of man come from the descending of the oil?

As it settles in this sacred place, the sacral plexus, the five fused vertebra of your spine, it then begins its return journey, the ascension if you will. The oil must return up the 33 vertebrae, and while it’s making the journey, and before it reaches the 33rd and it crosses the vagus nerve. This amazing nerve, called the 10th cranial nerve, as there are 12, touches all the vital organs of the body. Damage to this nerve accounts for a lot of different diseases with in the body. This nerve can only be healed through chanting. Perhaps a reason chanting is so prevalent in your ancient religions?

After it crosses the vagus nerve, it enters the hypothalamus.. Here the sacred oil is mixed with serotonin from the pituitary and with DMT from the pineal gland. And here in the hypothalamus, it sits for 2 1/2 days, just as the like sun does on December 22nd and arises December 25th. just as in the story of Jesus in the tomb, inside your body, the Christ, the chrism, the ickthos, the oil, the sacred secretion that comes from the claustrum and makes the journey up the 33. The Santa Claus(trum), that brings great gifts from the North Pole. Serotonin was known as milk and DMT was known as the honey, and hence the land of milk and honey, and combined they were known as the manna from heaven.

I have a full feeling, this is how we become the ruby slippers.  WE are the ones with power, with the pure love source to change the world as we see fit.  WE are becoming the great wizards of Oz.  Truly, we are the anointed ones.  Nothing will take that away from our birthright except fear and passiveness.  Let’s just be done with both, ok????

I am going to close on that note.  I was praying today would be the day I can connect.  I opened up today for those that I had to reschedule over the weekend, I was sure I would be back in the saddle by now.  Between no sleep at all last night and waking up into a full-blown asthma like attack, I am not tamping this body any more than I have to.  I keep breaking it!!  lol

Happy thanksgiving to everyone.  I love you and give thanks to you more than my words will ever be able to express.  May this day be steeped in love to and thru all.

Big big big ((((HUGZ))))) over flowing with loving gratitude and empower heart beats to and thru ALL!!!

P.S.  Four Days of Thanksgiving Special:  Today thru Sunday night, save 22% off of anything and everything I have to offer.  You can book as many sessions you want thru March 2017 at this prices, Thanksgiving special ends midnight on Nov 28th. Remember, Dec 1st, all my prices increase.  We are the master builders and for that, I give you each deep and unyielding thanks.

For packages use coupon code: ThankHu

(You must use upper and lower case as shown.)