by Dennis Fetcho, published on The Illuminatus Observer, on December 10, 2016 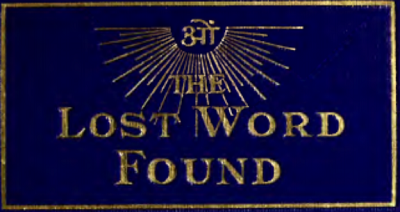 One of the primary driving factors in Freemasonry was this idea of the quest for and the returning of “the Lost Word”, or the Omnific Word.  At first glance, this might appear to be a mystical pursuit, but knowing well that the Isisian Mysteries were esconced in the study of “Letters”, it is presumed that if we conduct a thorough investigation of the Letters, then the “Lost Word” may indeed “reveal itself”.
In F.D. Buck’s treatise, “The Lost Word Found”, we find that although the title sounds enticing, there is no real revelation as to precisely what that “Lost Word” truly is.  Instead, we are treated to a reasonable thorough lecture on moral integrity with an idea of freeing the soul and then perfecting the soul,
Much is stated in form of allegory and peculiar “Masonic mythology”: Solomon’s Temple, the widow’s son, the death of the Master and with it “the loss of the word”, the idea that a substitute has been available.  Ultimately, F.D. Buck says that the time for “the Word” to be recovered was “the present generation”, but no real revelation of “the Word” is really presented. 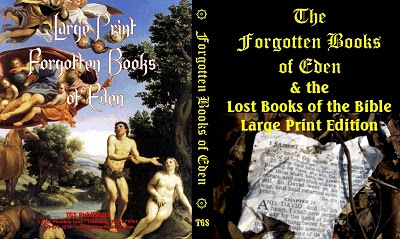 Forgotten Books of Adam and Eve
In “The Forgotten Books of Adam and Eve“, we find another reasonably long expose on the idea of “the Word”.  In this document, we can discern “attributes” of what “the Word” is capable of achieving.  Primary in these attributes is the idea of “raising people up”, “saving” people, and similar seeming beneficial assistance.

This idea of “raising people up” should be considered, perhaps, in a more pragmatic, rather than “mystical”, sense.  What we know from Greek records was that there was a cataclysm known as “the Fall of Atlantis”,  With this cataclysm came a dispersion of peoples.  Few of those dispersed had any semblance of a writing system, and soon fell into states of what is said to be near uncivilized barbarism.

Only the Egyptians were able to raise themselves back up relatively quickly.  This is primarily attributed to the idea that the ancient Egyptians had preserved their knowledge due to their extensive use of written works.

Hence we should consider that a “Word” that could lift a people up need not be actually “a Word”, but rather something larger.  F.D. Buck hints of this in “The Lost Word Found” when he says at the time of the loss of the Word (itself Masonic mythology), it would not have been possible under the conditions of the time for a mere “Word” to have been lost.  Hence the “Word” must be something larger than a “Word”. 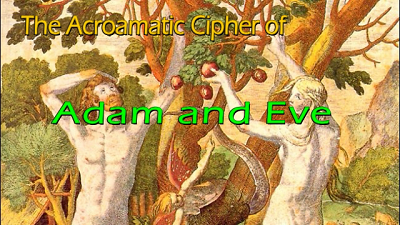 Graphics help some of the seemingly simple, yet orally complex ideas to jump to life in a way that makes the material much more understandable.