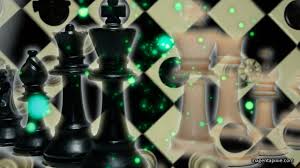 This green ray, the very fabric of the fifth dimension or what we may also term ‘geological fourth density’ reached critical mass point around your solstice point December 21st 2012.