By ANDREW DESIDERIO and BETSY WOODRUFF SWAN, published on Politico, on May 13, 2020 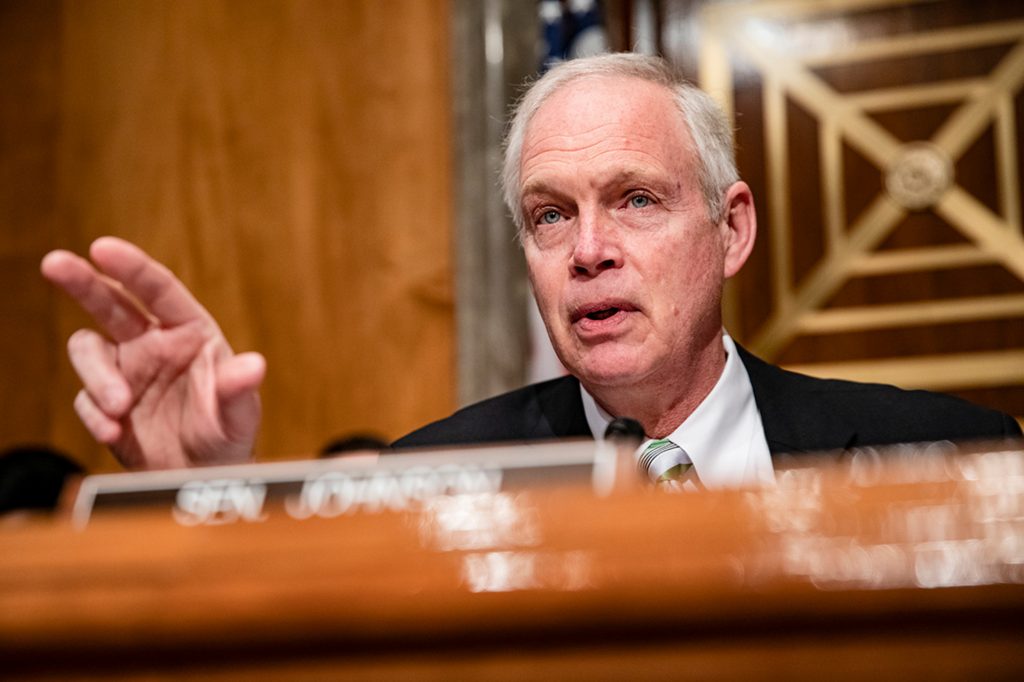 The release comes amid a furious campaign by President Donald Trump and his allies to accuse former President Barack Obama and his top deputies of illegally targeting the Trump campaign and the incoming Trump administration. In recent days, the president has coined the term “Obamagate” to accuse his predecessor of seeking to undermine him and target his top associates — though he has struggled to articulate or prove any specific wrongdoing.

Grenell sent the list, which includes former officials who made “unmasking” requests that might have identified Flynn, to Sens. Ron Johnson (R-Wis.) and Chuck Grassley (R-Iowa) a day after the lawmakers wrote to Grenell and Attorney General William Barr calling on them to release information about efforts by Obama administration officials to “unmask” U.S. citizens who were subject to government surveillance.

“At this point, I have no business alleging anything because all I know is his name’s on there. He’ll have to answer that,” Grassley told reporters when asked about Biden’s inclusion on the list. “There may not be anything that would be wrong with it. We don’t know.”

The unmasking requests came amid the officials’ escalating concerns about the Trump campaign and transition team’s contacts with Russian officials — concerns that would culminate in a special counsel investigation that has consumed much of Trump’s presidency.

National security officials can seek to reveal the identity of individuals involved in conversations subject to government surveillance, a process known as “unmasking.” Such requests are common; for example, last year alone, U.S. spy agencies were asked 7,724 times to reveal the identities of Americans caught up in those intelligence intercepts.

“At this point, I have no business alleging anything because all I know is his name’s on there. He’ll have to answer that. There may not be anything that would be wrong with it. We don’t know.     Sen. Chuck Grassley (R-Iowa)

An accompanying memo to Grenell, signed by National Security Agency Director Paul Nakasone, notes that each person was “an authorized recipient” of the information and that the unmasking was approved through the agency’s normal protocol.

Johnson and Grassley, who are spearheading an investigation targeting Biden’s son Hunter, have drawn scrutiny from Democrats who say the GOP senators are using the upper chamber to boost Trump’s political fortunes. But Johnson and Grassley say their efforts are intended to seek accountability over alleged wrongdoing surrounding the origins of the Russia investigation.

“The officials listed should confirm whether they reviewed this information, why they asked for it and what they did with it, and answer many other questions that have been raised by recent revelations,” the senators said in a statement. “We are making this public because the American people have a right to know what happened.”

Johnson said his committee will start requesting interviews with some of the former officials listed, including Biden himself.

“This campaign to sabotage this administration — it is outrageous what these officials from the Obama administration did to the incoming administration,” Johnson said. “There are so many questions that need to be answered.”

The memo authored by Nakasone includes details about the date range of the unmasking requests, though several dates listed for individual unmasking requests were before Flynn’s Dec. 29 phone call with then-Russian ambassador, Sergey Kislyak. The Justice Department dropped its criminal case last week against Flynn, who pleaded guilty to lying to the FBI about his phone call with Kislyak, but later said he had been railroaded into doing so.

“Per your email request of 3 May 2020, I am providing a revised list of identities of any officials who submitted requests to the National Security Agency at any point between 8 November 2016 and 31 January 2017 to unmask the identity of former National Security Advisor, Lieutenant General Michael T. Flynn (USA-Ret),” Nakasone wrote.

The list includes officials “who may have received Lt. Gen Flynn’s identity in response to a request processed between 8 November 2016 and 31 January 2017 to unmask an identity that had been generically referred to in an NSA foreign intelligence report,” according to the document.

It also includes a note of caution: “While the principals are identified below, we cannot confirm they saw the unmasked information.”

Biden has denied wrongdoing in connection with the Flynn case.

“I know nothing about those moves to investigate Michael Flynn, number one. Number two, this is all about diversion. This is a game this guy plays all the time,” Biden said Wednesday on “Good Morning America” when asked what he knew about the Flynn investigation.

In a statement, Biden campaign spokesman Andrew Bates said the information released Wednesday underscores that “breadth and depth of concern” across the government about Flynn’s conversations with Russian nationals.

“Importantly, none of these individuals could have known Flynn’s identity beforehand,” Bates said. “These documents have absolutely nothing to do with any FBI investigation and they confirm that all normal procedures were followed — any suggestion otherwise is a flat-out lie.”

Sally Yates, who served as acting attorney general at the beginning of the Trump presidency, previously warned in congressional testimony that Flynn could be subject to blackmail from the Russians as a result of his conversations with Kislyak. It was Yates who expressed those concerns privately to then White House Counsel Don McGahn, leading to Flynn’s firing.

Allies of the president have accused former high-ranking Obama White House officials of leaking Flynn’s identity as part of an alleged effort to hobble Trump’s nascent presidency. Flynn was fired in February 2017 for lying to Vice President Mike Pence about his conversations with Kislyak.

Barr has defended the decision to drop the case, echoing Trump’s assertions that Flynn was inappropriately targeted.

“They did not have a basis for a counterintelligence investigation against Flynn at that stage, based on a perfectly legitimate and appropriate call he made as a member of the transition,” Barr told CBS News last week.

In their Tuesday letter, Johnson and Grassley echoed Barr’s sentiments.

“We wholeheartedly agree that transparency is needed more now than ever,” wrote Johnson, who chairs the Homeland Security Committee, and Grassley, who chairs the Finance Committee. “One of the most significant unanswered questions about what occurred during the 2016 election is how many Americans were ‘unmasked,’ at whose request, and for what purpose.”

John Bresnahan contributed to this report.