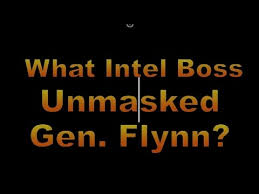 This video is about the Intel Officer Who Unmasked Gen. Michael Flynn.

Good afternoon, I’m still reporting on the United States Intel Civil War – better known as the invasion – US style.
Late yesterday Fox News reported that House Intelligence Committee Chairman Devin Nunes, R-Calif, has known about ongoing surveillance of the Trump campaign since January.
Nunes has even known the identity of the high-level intelligence agency person who unmasked multiple Trump campaign officials, including General Michael Flynn. This intel official then disseminated this highly-classified material around the government in an attempt to torpedo Trump’s election, initially, then later his presidency.
According to Fox News, the black-hat intel official is someone
“… very well known, very high up, very senior in the intelligence world.”