Inside the vaults of the Vatican bank 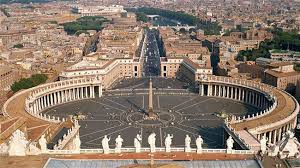 Inside the vaults of the Vatican bank

Two top managers of the scandal-plagued Vatican bank resigned on Monday following the arrest of a high-ranking cleric with close ties to the financial institution, in the latest of a string of embarrassments for the Holy See.

Director Paolo Cipriani and deputy-director Massimo Tulli stepped down three days after the Vatican was rocked by the arrest of Monsignor Nunzio Scarano, who is accused of plotting with two other people to smuggle 20 million Euros into Italy from Switzerland.

As a private organization performing banking-like functions for religious institutions, the Institute is not subject to public scrutiny. Institute for Works of Religion – the Vatican’s own offshore bank – has for years been allowing organized criminals, to launder money with impunity.