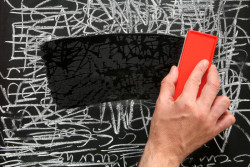 Since 2013 I’ve experienced periods where, for a couple of weeks at a time, I’d have multiple dreams that needed me to resolve issues, complete tasks, end situations, end relationships with people I don’t know in this life and so on. These periods feel like it’s crunch-time in dreamland to quickly end and clean up old issues, relationships and situations with strangers in other timelines and parallel realities that seem to have little to nothing to do with my current life and the people in it. I know subconscious dreams and this is not that but is related to the Ascension Process and Separation of Worlds.

Since the start of 2019, the increase in this mandatory, rapid-fire dream cleanup Work has escalated considerably. So far this year it’s been about four nights a week and I’m having multiple dreams per night and in all of them I’m ending longstanding situations, relationships, places I’ve lived (not in this life) and so on. In every one of these dreams in 2019, they’ve felt important and “real” and yet none of them are recognizable to me and my physical life in this ascending timeline. Most of these dreams are existences of mine in parallel probabilities that are obviously now in need of being ended because they’re not continuing into NEW ascended timelines. These multiple rapid-fire dream cleanings feel to me like when you’re moving out of an old apartment or house and need to quickly get rid of things, throw things in the trash then thoroughly clean the whole place before you exit it for good and move on.

It’s easy to assume that the Separation of Worlds was a physical and linear process only when it’s been far more complex than that. Everything in this Ascension and Embodiment Process has been far more complex than everyone expected. In 2019, we’ve reached the point where multiple timelines in multiple realities, parallel realities and past lives etc. are needing to be resolved, released and ended. The majority of them are not ascending into the NEW organic ascension timelines for a number of reasons that really aren’t important at this point.

Over the past few years I have Worked by myself and with small groups of other Ascension Volunteers in dreams to end other timelines that we knew the negative aliens would take over to use to continue themselves and their agendas into the future. If I or anyone in these small timeline dream Work groups had an aspect of ourselves in one of those timelines, we would help move them to another timeline that was and would remain free of any negative aliens in the future. That dream Work is very different from what we’ve done at really accelerated rates in 2019 however. What we’re doing this year so far has to do with each of us needing to end and clear out other timelines and parallel realities that aren’t and won’t be moving up into the NEW organic ascension timelines. This is comparable to going through your clothes and getting rid of the pieces that you don’t wear any longer. Sounds heartless and kind of strange I know but that’s what’s been happening and a lot this year which is another big clue that the Separation of Worlds is (1) far more complex than we understood and (2) happening now and (3) we don’t really know what’s coming next and what it’s going to look and feel like.

So if you too have had a lot of strange dreams this year so far where you’re quickly ending multiple things in multiple strange foreign places with multiple people you don’t know in this life, know that this is another aspect of where we’re at now with the Ascension Process, the Embodiment Process, the Separation of Worlds and the ending of multiple distorted timelines and parallel realities. Expect much more unusual everything.

❤  And read the Comments too for more in-depth information about this.

Donations can be made here and thank you for the energy exchange.

Copyright © Denise Le Fay & HighHeartLife, 2019. All rights reserved. You may copy and share this article so long as you don’t alter it in any way, the content remains complete, credit is given to the author and this URL https://highheartlife.com and Copyright Notice is included.