Interplanetary travel could be a step closer after scientists confirmed that an electromagnetic propulsion drive, which is fast enough to get to the Moon in four hours, actually works. 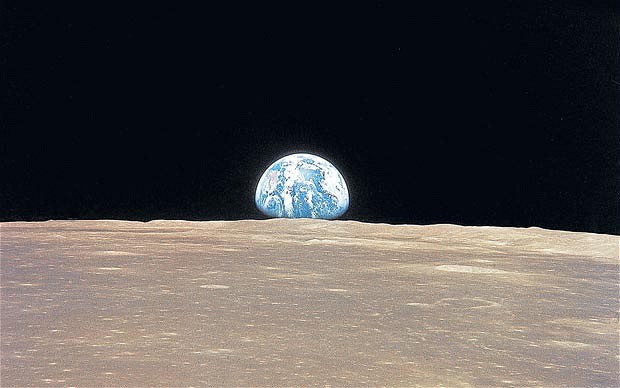 The Em Drive could allow humans to travel to the Moon in just four hours Photo: NASA

The EM Drive was developed by the British inventor Roger Shawyer nearly 15 years ago but was ridiculed at the time as being scientifically impossible.

It produces thrust by using solar power to generate multiple microwaves that move back and forth in an enclosed chamber. This means that until something fails or wears down, theoretically the engine could keep running forever without the need for rocket fuel.

The drive, which has been likened to Star Trek’s Impulse Drive, has left scientists scratching their heads because it defies one of the fundamental concepts of physics – the conservation of momentum – which states that if something is propelled forward, something must be pushed in the opposite direction. So the forces inside the chamber should cancel each other out.

However in recent years Nasa has confirmed that they believe it works and this week Martin Tajmar, a professor and chair for Space Systems at Dresden University of Technology in Germany also showed that it produces thrust.

The drive is capable of producing thrust several thousand times greater than even a photon rocket and could get to Mars within 70 days or Pluto within 18 months. A trip to Alpha Centauri, which would take tens of thousands of years to reach right now, could be reached in just 100 years.

“Our test campaign cannot confirm or refute the claims of the EM Drive but intends to independently assess possible side-effects in the measurements methods used so far,” said Prof Tajmar.

“Nevertheless, we do observe thrust close to the actual predictions after eliminating many possible error sources that should warrant further investigation into the phenomena.” 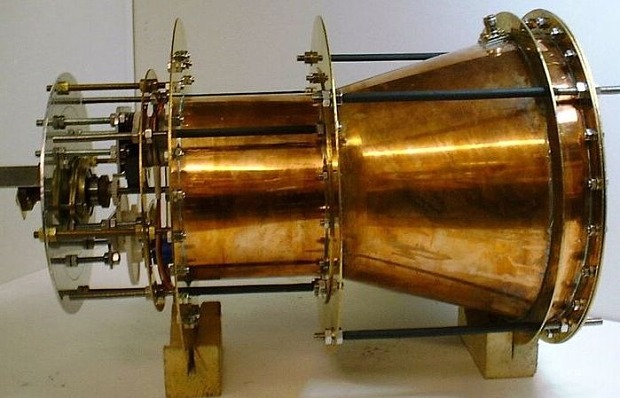 “Our measurements reveal thrusts as expected from previous claims after carefully studying thermal and electromagnetic interferences.

“If true, this could certainly revolutionise space travel.” 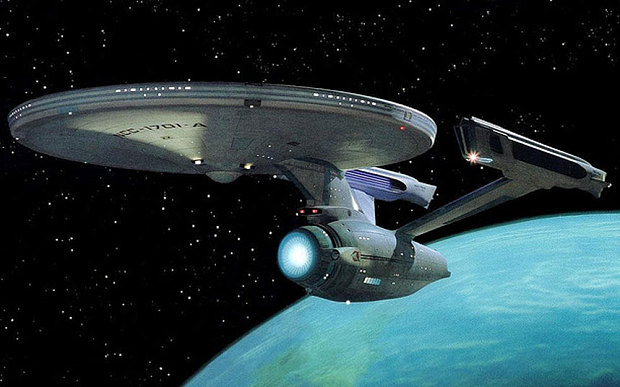 The EM drive has been likened to the Impulse Drive in Star Trek’s vessel of choice, the Starship Enterprise

Shawyer also claims that he is just a few months away from publishing new results confirming that his drive works in a peer reviewed journal.

However scientists still have no idea how it actually works. Nasa suggested that it could have something to do with the technology manipulating subatomic particles which constantly pop in and out of existence in empty space.

Prof Tajmer presented his findings to the 2015 American Institute for Aeronautics and Astronautics’ Propulsion and Energy Forum and Exposition this week.