If It Isn’t Simple, It Isn’t Accurate 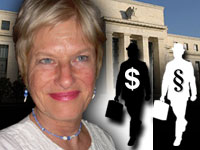 If It Isn’t Simple, It Isn’t Accurate

Lately, I’ve been reading ‘murder mysteries’.  Invariably, people are dragged into the cop-shop and interrogated.  When I read how people answer the infuriating questions, I always think: Hell, I wouldn’t have answered that question.  I figure that the mere fact that the cops are asking any questions, at all, proves that they don’t actually know if the culprit murdered anyone, not to mention, isn’t this the job of a prosecutor in court?  Isn’t it he who ought to be asking the questions?  It’s all just more drama for them –thinking of creative ways to get someone to admit his guilt, only to fill their days because they have nothing more constructive to do.

Once these people are in court, they are not only asked the same questions asked previously but also now to answer “under oath”.  So as not to lie under oath, people say what’s true. Then, the prosecutor says, “But that’s not what you told the police. Did you lie to the police?  How can we believe anything you say, now?”  I’m always stunned that the alleged culprits don’t know how to respond to that idiocy.  It’s so damn obvious:  “Are you claiming there is a law against lying to police?  If so, prove it.  Was I “under oath”, then?  Since you knew you would be asking me the same questions, now, why was I asked any questions, then?  Wasn’t it so you can use that information against me?  Isn’t this why you actually warn us, “anything you say will be used against you”?  No one is obliged to answer hired thugs who are employed by corporations.  If we had an actual government who hired real peace officers, then I expect we would be bound to answer their questions, but not when the purpose is trick people into incriminations and false confessions.  Don’t talk to police, other than to say, “Am I going to have to answer these questions in court?  If so, I’ll wait and tell my story, then.”

When I read how people are treated, I always think, I would have said, “You say I murdered someone?  Prove it.  No; you don’t get to ask me questions.  You wouldn’t have brought me in if you didn’t think I did it, so, what makes you think I did it?  If what you think doesn’t prove I did it, that’s called ‘reasonable doubt’.  Sorry, you lose.”

None of us has to explain a damn thing.  In ANY case, all we have to say is, “You got a claim?  Alright, prove it.”  Their questions are ludicrous and a waste of our time.  “Where were you on the night of the murder?  Did you receive money?  Were you driving 120 in a 90 zone?  Did you use that credit card to obtain goods?  Were you wearing your seat belt?  Did the house get paid for you?  Did you stop for that red light?   Did you use the bank loan for your schooling?”  IMMATERIAL!  IRRELEVANT!  The ONLY thing we have to ask is, “You say I owe you?  Prove it. You claim I didn’t have on a seatbelt?  Prove it.  You claim that the bank paid for my house?  Prove it.  You claim I murdered someone?  Prove it.”

I always imagined being stopped by a cop who might say, “Do you know why I stopped you?”  “Are you asking me if I can read your mind?”  “I clocked you at 120 in a 90 zone.”  “How are you going to prove that?”  “I got you on radar.”  “How are you going to prove, three weeks from now, that the detector even works, never mind that you didn’t fabricate that?”  Or, how about those camera trucks. How can they prove that it wasn’t photo-shopped?  The burden of proof is always on the accuser.  Answering questions only fuels them.  If they think we violated a statute –not that any of them apply to us, anyway– it is their job, and I do mean their job, to PROVE IT.

I am certain that we so complicate matters, by saying anything other than “prove it”.  In a bank case, it would be “Yeh?  Says who?”  “The attorney for the bank.”  “What’s his name?”  “Mr. Smith”  “Alright, Mr. Smith; prove I owe you money.”   “Well, you don’t owe me money; you owe the bank.”  “Alright, I’m going to subpoena the bank; what’s its name?”  “Bank of America”  “Alright, have Bank of America in court next week and, if it can speak, have IT prove to me that I owe IT money.”  Her Majesty The Queen (an entity which the Crown hopes we will think has something to do with Elizabeth II, when, really, it is a legal fiction/corporation) has a claim against the NAME.  “Have Elizabeth II show up next week and prove I injured her.”   I realize this sounds idiotic but that is my entire point.  The entire fiasco is idiotic.  For us to be doing/saying anything only proves we are not clear on the concept of their fraud.

If they cannot prove that we owe a legal fiction, that we injured a legal fiction, etc., then, they are out of luck.  Remember, no one can ‘prove’ anything; e.g.: the only way to “prove” our fingerprints are unique is to compare them to every other fingerprint on the planet.  Since it is ‘they’ who started this harassment, then it is ‘they’ who ought to get charged. We must bill them for stopping us, hindering us, and questioning us, as their doing so is subject to a  ‘consultation fee’, at least, and even more for our time.  “Please tell me what it is that makes you think that you, a public servant, have any authority over me, one who funds your salary.”

I don’t know about our having to prove we are not dead; that seems ludicrous to me.  I think the most valuable information we have, now, is that, via intimidation, threat, coercion, indoctrination, e.g.:  “everyone knows you have to have a driver licence” ?!?!?!, somehow, they obtained from us our Power of Attorney.  In their doing so, they have violated our trust. That is Breach of Trust –the only crime there is.  Since a PoA is the document which seems to have clout above all others, I guess we ought to cancel those PoAs, which we unwittingly gave them, and submit ours, proving we have PoA over our commercial affairs.

The only laws which apply to the people are contract law and trust law. We use common law courts to enforce private contract and public trust, by claiming “breach”.  All other “law” is really statute, enforced by fictitious corporations, i.e.: legal fictions, masquerading as Government but NOT Government, and applicable to equally fictitious “persons”, not a man or a woman. As it is impossible for a man to contract with a legal fiction, yet, it IS possible for a public servant to breach our trust in what we thought was a Government, existing solely for our protection, so then, not only could a public agent have NO claim against us, for breach of contract, but also we have EVERY claim against Public Agents, for breach of trust. The Public, via their fraud, has caused us ALL much harm and loss.  We must, first, lay claims against them, not allow them to file charges against us.

“Ignorance of the law…”  has nothing to do with our responsibility to learn “trust law”.  We “trusted” public servants.  That is the entire point of “trust law” –that a trust is built between us and them who claim to mind our possessions, yet, out of which they deliberately fleeced us.  It is they who are in breach of trust.

What CCC §19, which applies only to ‘them’, means is: those with titles (public entities), who are in breach of the people’s trust, are guilty of defrauding the people and cannot use the excuse that they didn’t know they were defrauding us. They KNOW they are committing fraud!  It has nothing to do with: we were supposed to investigate trust law.  NONE of us had an inkling that those whom we trusted would deliberately breach that trust.

Whenever we discover that there is anyone in our lives whom we cannot trust –e.g. a parent, it is NOT our fault for not having investigated.  We were raised to trust; (no coincidence).  The entire viciousness of the world is based upon the pretence of trust and we all discover, too late in life, that there is NO ONE we can trust.

Conclusion:  there was an intent to defraud when they deliberately set out to gain our trust, knowing we wouldn’t investigate if we trusted them to protect our children and our assets. Then they betrayed that trust for their unjust enrichment.  It was premeditated, that trust was breached, and it was for their profit. That is FRAUD.

“It’s easier to fool people than to convince them they have been fooled.” –Mark Twain