IF an Elite Television Anchor Confessed to Everything 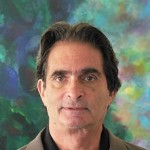 IF an Elite Television Anchor Confessed to Everything

by Jon Rappoport, Published on www.nomorefakenews.com

“Nothing’s been done about that story [the Seal Team raid on the Osama bin Laden compound],

it’s one big lie, not one word of it is true.” (Seymour Hersh)

But the hospital was surrounded by reporters with camera crews when they got there. And Smith wasn’t drugged yet, nor was he was in a straitjacket.

He stepped out of the ambulance and saw…an audience. He immediately perked up. He smiled. He stood there in the driveway, ran his hands through his hair, and gestured at the men in suits who flanked him.

“These security people,” he said, “ believe I’m crazy. I’m not and I want to make a brief statement before they take me inside and do God knows what to me.”

Applause broke out. And some laughter.

The guards looked at each other and froze.

A tall blonde standing 20 feet away from Smith tore off her blouse and stood naked from the waist up in the dying light of the summer evening.

Cheers. Some of cameras swiveled to pick her up.

(She was a backup plant in the crowd.)

WE LOVE YOU, SMITH, she said in a clear voice.

“Well,” Smith said, “I’m sure this is a wonderful moment of distraction for all of us, but in the history of the world, breasts are nothing new. Check that. I’d say yours look like Marty Cohen’s work. I should know. My first wife was his patient. Marty’s an artist. He has an office in McLean. Does some of the CIA wives.”

The blonde suddenly looked worried. She put her blouse back on and melted into the crowd.

“So,” Smith said, “now that we’ve got the commercial out of the way, let’s get to the heart of things.”

The laughter died down. The crowd went quiet. The cameras were rolling.

“About an hour ago, I was doing the news and I said, ‘This is ridiculous, I can’t go on with this, it’s stupid and I don’t want any more deceptions.’ They cut to commercial and before I knew it I was in an ambulance headed for this funny farm.

“I operate as a mouthpiece. The way I speak on television sets up frequencies and rhythms that are hypnotic. It’s a skill you hone if you want to rise in this business.

“My tone is flat, it’s objective, it’s a bit tough and tender, as if I’m concealing, but just barely, a sympathy for the common people and their plight.

“In fact, I know very few common people, and my sympathies lie with myself, my position, my career, my front. Of course I love my family, and I have close friends, but what I do, what I’m paid very good money to do is shape consensus.

“It may seem strange to consider it, but reality…public shared reality is a fiction. I ought to know. I invent that fiction every night on the news. That’s my job.

“I’m not suffering from a nervous breakdown. The stress of the job hasn’t gotten to me. I don’t have a mental disorder. I’m not crazy. I’m just tired of inventing the fiction.

“First of all, I give you news without context. I never fill in the blanks that would make the stories of our time have meaning. I don’t tell you about the natural gas pipeline through Syria or the long-time plan to destabilize Syria and the whole Middle East. I don’t come right out and say the US government is arming and backing the very same terrorists they claim to be fighting. I omit that. I omit context.

“Therefore, you don’t have a chance in hell of understanding the news.

“Then I also omit altogether certain stories that would shake you to the core and crack the pillars of our way of life. For example, I don’t come out and say the Federal Reserve is actual a gang of private bankers pretending to be part of the government, a gang that manipulates the value of money and creates money out of thin air.

“I don’t say that the medical apparatus in this country kills, at minimum, 225,000 people a year. I don’t do simple arithmetic and tell you that means doctors are killing TWO POINT TWO FIVE MILLION AMERICANS PER DECADE.

“If I did say these things on the nightly news, I’d be ripping apart the fictional reality I invent for you.

“Then, when it comes to what are politely and inaccurately called scandals, I don’t press the issue. I don’t pound on these stories night after night, going deeper, finding the criminals who are responsible, who should be locked up for rest of their lives.

“If I set my hounds loose, my reporters, if I took the leash off them, on, say, a story like Benghazi, and if I issued updates every night for three or four months, I’d tear a huge hole in the consensus-reality fabric. Murder, weapons transfers to terrorists. Naming names. Relentlessly.

“My whole life has been a lead-up, a preparation for a grand simulation. Do you see? From the time I was a boy, I realized there was this thing called simulation.

“It’s like a cartoon, but it’s a serious cartoon. And I realized I could narrate these animations, I could make people believe them.

“My voice. The cultivation of a voice. A believable telling of a tale. It was easy for me. I found out how I could relate to people and get them to trust me.

“I saw INTO what they wanted. A feeling of security, a feeling that things are all right. And, I thought, why shouldn’t they want that? If I can give it to them, I’m performing a valuable service. Everybody wants that.

“From this core, a long time ago, I shaped my persona, my attitude, my way of speaking and responding. To use an old phrase, I was ‘other-directed.’ From all appearances, I wasn’t interested in myself.

“That became my motto and my religion. DON’T BE INTERESTED IN YOURSELF.

“But somewhere along the line, a confusion set in. I was doing good, I was giving people what they wanted, I was keeping my own desires in check. I was narrating stories. And yet, the outcome…the outcome was twisted.

“I wasn’t a therapist or a chaplain or a teacher trying to help people get their lives back. I was a broadcaster, a news man. I was supposed to take a direct line to the truth, and when I found it, I was supposed to travel even deeper, into the dark places where the lies are manufactured.

“But you see, I was in a dark place, and I was manufacturing lies.

“It’s taken me many years to admit this contradiction and see it squarely.

“In the process, I’ve seen more and more of what we call reality and how it’s MADE.

“I’ll tell you this. If I could somehow retain the public platform I’ve built, I would spend the rest of my life doing nothing but showing HOW IT’S MADE. That would be my job.

“But of course, that’s impossible.

“These men beside me are going to take me into this hospital, and a psychiatrist is going to interview me and diagnose me with a mental disorder.

“And most of you will believe the news reports about me. You’ll accept the reality that psychiatrists invent out of thin air. You’ll shake your heads and say, ‘It’s too bad what happened to Smith. I always liked him. Now I’m going to have to find another person, another voice, another face, another anchor to make reality for me every night.’

“Well, you won’t put it that way. But that is the situation.

“Who is going to make reality for you? The eternal search.

“How many of you will realize that you, individually, can make it for yourself, that the whole notion of a collective consensus is fatally flawed, that CONSENSUS is a gigantic teaser for the upcoming news?

“There is one thing you can do for me now. In this country, we still have a few freedoms, a few protections. I don’t have to submit to someone, a psychiatrist, telling me what my state of mind is.

“I can declare my own state of mind.

“On the off-chance that I might not be crazy, that I do have the right to assert and judge my own thoughts, you can intercede at this moment.

The crowd was silent.

Everything was suddenly very still.

A few hundred people moved forward and got between Smith and his guards.

The crowd formed a cordon around Smith.

And that was the way they walked back out of the driveway and into the street.

The sun had set.

The author of two explosive collections, THE MATRIX REVEALED and EXIT FROM THE MATRIX, Jon was a candidate for a US Congressional seat in the 29th District of California. Nominated for a Pulitzer Prize, he has worked as an investigative reporter for 30 years, writing articles on politics, medicine, and health for CBS Healthwatch, LA Weekly, Spin Magazine, Stern, and other newspapers and magazines in the US and Europe. Jon has delivered lectures and seminars on global politics, health, logic, and creative power to audiences around the world.