Gunnlaugsson became the first prominent casualty from the revelations in the so-called Panama Papers, which have cast light on the financial arrangements of an array of politicians and public figures across the globe and the companies and financial institutions they use. 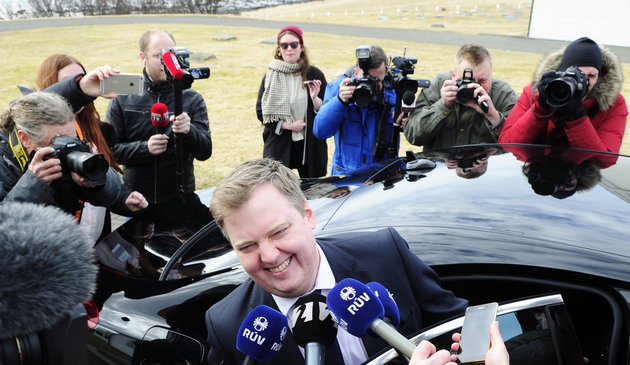 Earlier on Tuesday, Gunnlaugsson had asked Iceland’s president to dissolve parliament in the face of a looming no-confidence vote and mass street protests over the revelations.

The deputy leader of his Progressive Party, Sigurdur Ingi Johannsson, told reporters the party will suggest to its coalition partners in the Independence Party that he should become the new prime minister.

With the fallout from the leaks reverberating across the globe, British Prime Minister David Cameron came under fire from opponents who accused him of allowing a rich elite to dodge their taxes.

And in China, the Beijing government dismissed as “groundless” reports that the families of President Xi Jinping and other current and former Chinese leaders were linked to offshore accounts.

Beijing also moved to limit local access to coverage of the matter. State media denounced Western reporting on it as biased against non-Western leaders.

The more than 11.5 million documents were leaked from the Panamanian law firm Mossack Fonseca. Among those named in them are friends of Russian President Vladimir Putin, relatives of the leaders of China, Britain, Iceland and Pakistan, and the president of Ukraine.

The papers have caused public outrage over how the world’s rich and powerful are able to stash their cash and avoid taxes while many people suffer austerity and hardship.

Thousands gathered outside the Icelandic parliament in Reykjavik on Monday to protest about what the opposition said was Gunnlaugsson’s failure to disclose a conflict of interest over his wife’s offshore company, which has big claims on Iceland’s collapsed banks.

Icelandic government bonds saw their biggest sell-off in five months due to the uncertainty, with yields on 10-year bonds jumping 15.6 basis points to 5.891 percent. 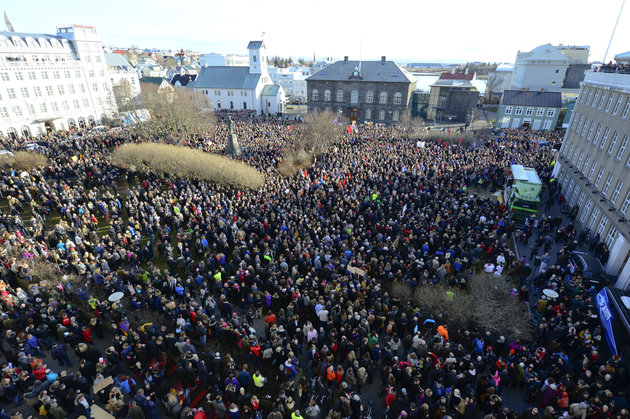 Stigtryggur Johannsson/Reuters
Hordes of protestors gathered in front of Iceland’s Parliament on Monday to demand his immediate resignation.

In Britain, the leader of the opposition Labour Party demanded that the government tackle tax havens, saying it was time Cameron stopped allowing “the super-rich elite” to dodge taxes.

“There cannot be one set of tax rules for the wealthy elite and another for the rest of us,” Labour leader Jeremy Corbyn said. “The unfairness and abuse must stop.”

He said Britain had a huge responsibility since many tax havens, such as the British Virgin Islands and Cayman Islands, are British overseas territories, while others such as Jersey or the Isle of Man are British crown dependencies.

According to media that have seen Mossack Fonseca’s files, more than half of the 200,000 companies set up by the firm were registered in the British Virgin Islands, where details of ownership do not have to be filed with the authorities.

Cameron has cast himself as a champion in the fight against tax evasion in British-linked territories. But he was put on the spot by the leaks, which named his late father and members of the ruling Conservative Party among the list of clients who used Mossack Fonseca’s services.

Cameron said he did not own any shares or have offshore funds. 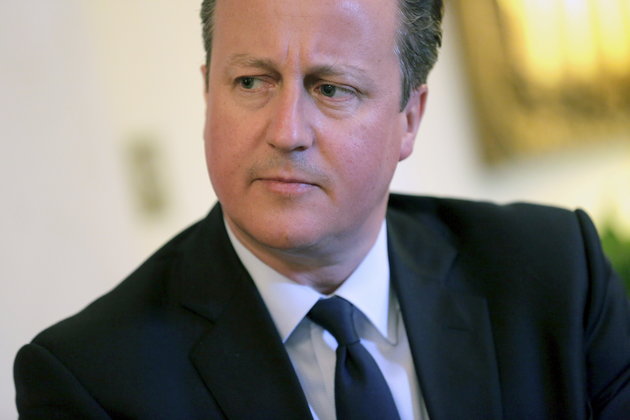 Joshua Roberts/Reuters
British Prime Minister David Cameron also came under fire from opponents who accused him of allowing a rich elite to dodge their taxes.

Other leading figures and financial institutions responded to the leak with denials of any wrongdoing as prosecutors and regulators began a review of the investigation by the U.S.-based International Consortium of Investigative Journalists (ICIJ) and other media organizations.

Britain, France, Australia, New Zealand, Austria, Sweden and the Netherlands are among nations that have started inquiries.

French Finance Minister Michel Sapin said Paris would put Panama back on its blacklist of uncooperative tax jurisdictions. The Central American nation is one of the most secretive of the world’s offshore havens and has refused to sign up to a global transparency initiative.

Mossack Fonseca has set up more than 240,000 offshore companies for clients around the globe and denies any wrongdoing. It says it is the victim of a campaign against privacy and that media reports misrepresent the nature of its business.

Mossack Fonseca’s Hong Kong office said on Tuesday the firm had never been charged with or formally investigated for criminal wrongdoing in its nearly 40 years of operation.

“We do not advise clients on how to operate their businesses. We don’t link ourselves in any way to companies we help incorporate,” the firm said in a statement.

“Excluding the professional fees we earn, we don’t take possession of clients’ money, or otherwise have anything to do with any of the direct financial aspects related to operating these businesses.”

The reports also pointed to offshore companies linked to the families of Chinese President Xi and other powerful figures. 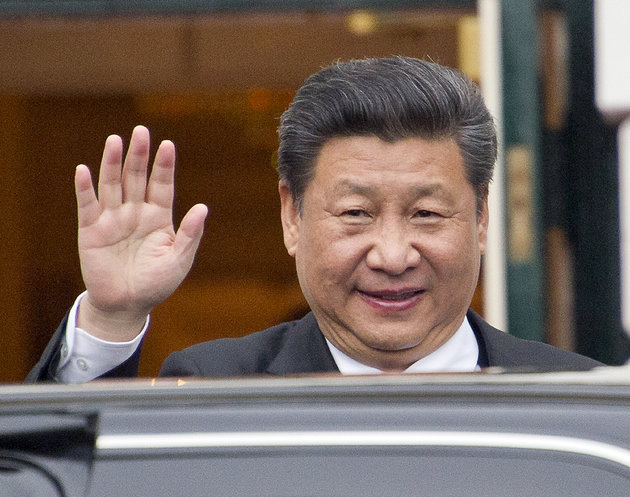 Ron Sachs-Pool/Getty Images
Members of Chinese President Xi’s family were also named in the leaked documents for having links to offshore companies.

Chinese Foreign Ministry spokesman Hong Lei, when asked if the government would investigate tax affairs of those mentioned in the documents, told reporters the ministry would not comment on “these groundless accusations.”

The Hong Kong government said its tax department would take “necessary actions” based on any information it received.

Both were among the banks that helped set up complex structures that make it hard for tax collectors and investigators to track the flow of money, according to ICIJ.

Credit Suisse CEO Tidjane Thiam, who is aggressively targeting Asia’s wealthiest for growth, said his bank was only after lawful assets.

“We do not condone structures for tax avoidance,” he told a media briefing.

HSBC said the documents pre-dated a thorough reform of its business model. Both banks have in recent years paid big fines to U.S. authorities over their wealth management or banking operations.

Messi’s family released a statement denying wrongdoing and saying it “never used the company” involved in the matter. (Reporting by Reuters bureaux, Writing by Angus MacSwan; Editing by Kevin Liffey and Anna Willard)