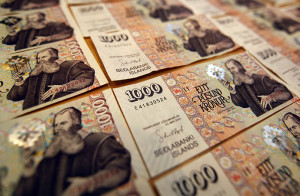 “The truth of the matter is… No one, except the Icelanders, have to been the only culture on the planet to carry out this successfully. Not only have they been successful, at overthrowing the corrupt Gov’t, they’ve drafted a Constitution, that will stop this from happening ever again.

“That’s not the best part… The best part, is that they have arrested ALL Rothschild/Rockefeller banking puppets, responsible for the Country’s economic Chaos and meltdown. Last week 9 people were arrested in London and Reykjavik for their possible responsibility for Iceland’s financial collapse in 2008, a deep crisis which developed into an unprecedented public reaction that is changing the country’s direction…”

“…Pressure from Icelandic citizens’ has managed not only to bring down a government, but also begin the drafting of a new constitution (in process) and is seeking to put in jail those bankers responsible for the financial crisis in the country.”

“Sigurdur Einarsson, former chairman of the defunct Icelandic bank Kaupthing, was arrested in London at 5:30 this morning along with the bank’s biggest customer, Robert Tchenguiz, and five others in a joint operation by the UK Serious Fraud Office (SFO) and the Office of the Special Prosecutor in Iceland.”