*I AM* as explained in the Russian Spiritual Philosophical Tradition — Godmanhood 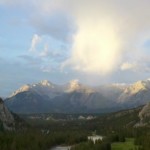 *I AM* as explained in the Russian Spiritual Philosophical Tradition — Godmanhood

by Catherine Baird Books, published on Revolution From Within

In the Russian circumstance, they drew their understanding largely from Socratic and Platonic idealism and from the early Christian Gnostics.  These ideas embody a dualist vision of life and a natural (not-man-made) hierarchy:

Viewing Christ to be a teacher, an example, and not some separate God to put on a pedestal, the Spiritual Philosophers thought that Godmanhood was possible for all human beings.

What the heck?  Are they saying that “human beings” are “Gods”?

And this is not just humans.  Clearly it means all things physical from the lowliest ant to the most advanced cetaecean — our beloved dolphins and whales.  Varying degrees of awareness and consciousness, different purposes and functions, but all creations out of energy and that energy is at its essence… God.

The Russian Spiritual Philosophers in the 1840s straight through to the 1900s and the rise of Communism all believed that human beings could embody the “God-man” – Spirit manifested on Earth.  Through inner work integrating all facets of one’s being and connecting to the Source-of-all, any human then could approach enlightenment or Christ-consciousness:

“The first condition for the elevation of reason is that man should work to gather into one indivisible whole all his separate forces, which in his ordinary condition are in a state of incompleteness and contradiction…that he should constantly look for, in the depth of his soul, that inner root of understanding where all the separate forces combine into one living and whole vision of the mind. Such integrity elevates man’s very manner of thought and, while humbling his rational conceit, does not constrain the freedom of his natural reason.  Rather, inner consciousness strengthens his independence and at the same time willingly subordinates it to faith.” [ii]

These ideas explicitly defined Spiritual Philosophy in Russia, but were by no means exclusive to that time or place.  John Mott, of the YMCA, counseled prayer for such inner work: “It is easy to magnify human personality and agencies. Prayer recognizes that God is the source of life and light and energy.”  He encouraged the personal mission of enlightenment: “Solemnized by the knowledge of the deep need and inspired by the vision of all things made new by the mighty Christ, resolve to give yourselves to encouraging a spiritual awakening.”

Emmanuel Mounier, founder of the French Personalist Movement (1905-1950) turned the famous words by the philosopher Descartes [“I think therefore I am” ] on their head stating unequivocally the correct statement should have been “I love therefore I am”.

Today, contributors to the Consciousness movement echo these sentiments:

Elizabeth Ayres Escher, “’Cracking the Egg’ via Higher Self” September 15, 2013

“I stopped trying to understand and began to follow my heart, learning to listen to intuitive nudges, reading books, listening to lectures and then finally listening within, to the silent voice that resides within each of us, the Christ Self. I discovered that each of us contains the seed of rejuvenation and peace; that we must look within and till our own garden before we can turn and help our neighbor. However, as our ability to hold the light and love within our body increases, it affects our perception of the world around us, as well as how others see us, too….

Some of the key concepts and threads you may be interested in as you explore your “Godmanhood” are:

As the Russian philosophers I followed, stated:

Also referred to as “Indigos”, “Rainbow Children”, “Starseeds”, “Way-seekers”, “Old Souls” and many other names.  Legend has it that Light Workers were selected to be born on Earth at this time to help with Ascension.  Some say they are “Old Souls” who have lived many lives on Earth and are done with 3-D mentality and ready for a higher-mode of living/evolution; others say they are Galactic, off-world beings, who chose to reincarnate in this lifetime on Earth knowing that at some point in their lives their memories would be triggered and they could access the higher technologies and knowledge inherent in their Higher Selves.  Regardless, these people share several key attributes:

[1] Advances in Quantum Physics make these distinctions of matter versus spirit quite interesting.  If we exchange “energy” with “spirit” and consider the new theories about particles coverting into waves, the uncertainty principles, and the current black hole and dark energy experiments undertaken with the Hadron Colliders.  “Locality says that particles interact at points in space-time. But suppose you want to inspect space-time very closely. Probing smaller and smaller distance scales requires ever higher energies, but at a certain scale, called the Planck length, the picture gets blurry: So much energy must be concentrated into such a small region that the energy collapses the region into a black hole, making it impossible to inspect. “There’s no way of measuring space and time separations once they are smaller than the Planck length,” said Arkani-Hamed. “So we imagine space-time is a continuous thing, but because it’s impossible to talk sharply about that thing, then that suggests it must not be fundamental — it must be emergent.”  Natalie Wolchover, “A Jewel in the Heart of Quantum Physics.” Theoretical Physics September 20, 2013.