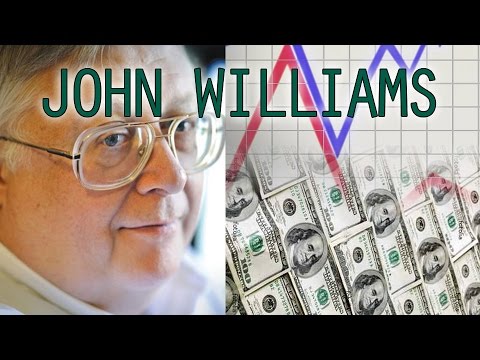 Economist john Williams has a dire warning amidst all the record highs in the markets. Williams predicts, ““Unless the long term solvency of the U.S. Treasury bonds can be addressed, there’s no hope of avoiding a hyper-inflation and the complete demise of the dollar. In that case, gold will be the traditional hedge that keeps you solvent. Gold and silver are a hedge and store of wealth. They maintain the purchasing power of your assets. So, as the dollar becomes worthless, the price rises (for gold and silver). I am not talking about a trade where you get in and make some money. Prices may go up and down, but they are going up a lot as the crisis, which has been brewing for years, finally does break. I think it’s going to hit, unfortunately, before the efforts of Mr. Trump can start to stimulate the economy. This next year is particularly dangerous because whatever the Trump Administration does, they have to work around the problem of the Fed, and the Fed is trying to keep the banking system afloat (and not the economy). You will need to see a drop off in the dollar before you are going to see the inflation.”

Williams adds that if the banks on either side of the Atlantic get into trouble, the “Fed will take action.” That means print money to bail out banks, and that will speed up the inflation that Williams is predicting.

All links can be found on USAWatchdog.com: http://usawatchdog.com/massive-dollar…