Hundreds of Defence Forces personnel, military vehicles and helicopters to take part in major exercise in Dublin on Wednesday

Hundreds of Defence Forces personnel, military vehicles and helicopters to take part in major exercise in Dublin on Wednesday

by online reporters, published on Independent Irish News, on December 5, 2017 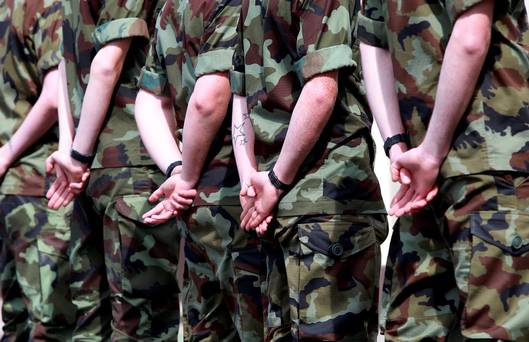 Hundreds of armed Defence Forces personnel, as well as military vehicles and aircraft will carry out a major exercise in Dublin tomorrow.

The exercise, which will take place in an undisclosed area, will involve over 500 Defence Forces personnel, including the elite Army Ranger Wing, exercising with their colleagues in An Garda Síochána.

The public information notice says members of the public can expect to see “military vehicles, armoured vehicles, helicopters and armed personnel involved in the exercise”.

They added; “We hope to keep any disruption to a minimum; however, this exercise is necessary to ensure that the Defence Forces are fully prepared when called upon.”