How Your Brain is Turned Against You

How Your Brain is Turned Against You

by Jcollins, published on Philosophy of Metrics, on May 8, 2017 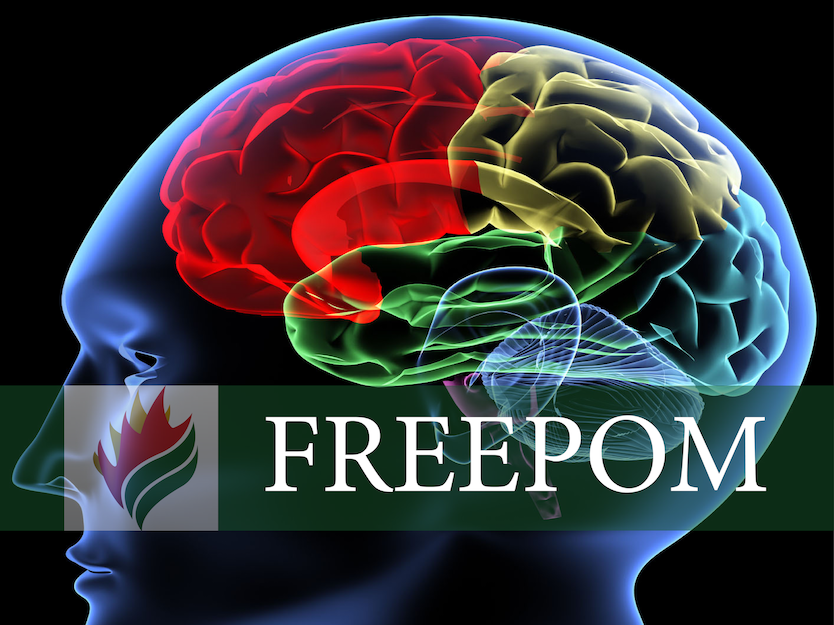 It was the early 1990’s and access to the World Wide Web was expanding at an exponential rate. During my graduating year in high school my parents brought home our first PC. It was setup in a spare room and the modem was plugged into the phone outlet. The dialup sounds bounced around the walls and the new world of the internet came to life at my fingertips.

It never occurred to me to ask how it was possible that so many alternative media sites rolled out almost simultaneously with the World Wide Web. Some of them are still around today in varying capacities and formats. Everything from aliens, government coverups, Omega groups, and secret rituals were packaged alongside more factual information about the Bilderberg meetings, the Bank for International Settlements, and material from those who genuinely appeared to search for truth.

The oppositional dialectic content and theme of the internet stood apart from the everyday normal world which most existed within. The nightly news was so different from what was on the web that the disorganized masses began to divide into different factions. Some divided themselves from who they wanted to be and who they really were. This personal allowance and distortion has evolved into the social media phenomenon which we experience now.

The impersonal nature of the internet allowed for some to roam around within the virtual world of the web and hide their true identity, or pretend to me someone else. This still happens today and is the number one method by which the insidious nature of the internet is hidden behind a curtain of self-obsessed delusion.

The internet is a personal experience. More personal than other media. As such, it serves as a massive potential machine of manipulation and subconscious coercion. It is much like reading a book. We process the information through our own internal filter and interpretation. Information presented this way has more success at getting past our natural logic defences, as does simple speech and verbal engagement. But unlike reading a book the internet engages back.

There is a part in our brain which is called the RAS. This stands for Reticular Activating System. The RAS is a complex system for sure, but in simple terms its primary responsibility is to filter information coming into the conscious brain and sort and file that information based on a predetermined set of filters and focus lenses.

Here’s where the internet serves a very specific purpose. It is the same purpose as the mainstream media which attempts to tell us what to think and create mental frames for us in which our RAS will filter and sort the incoming information.

When we are told what to watch for, or what to expect, our brain automatically puts RAS to work on those things. The video below serves as a great example of RAS and how it functions and can serve to distract us from other information and incoming stimuli. We are asked to count how many times the people in white shirts pass the ball.

Watch the video and we will continue our discussion.

Do you see how the RAS can be used against us. You we’re told to focus on the white shirts and ball passes and missed all the other things. Some of you may have caught the gorilla while others may have noticed that the curtains changed colour. But it is highly unlikely that any of you noticed the gorilla, the colour change, and the person in the black shirt leave the screen all at the same time.

This is how the internet and other forms of media have manufactured thought-forms which serve to distract us from other and more pertinent concerns. We are told what to focus on. The mainstream evening news tells us what we should be thinking about. If that doesn’t get you the alternative media which is disbursed across the internet will get you with the oppositional dialectic scripting. Either way, all those forms of media work in unison to engage your RAS and convince it of what it should be focusing on and filtering.

Movies, music, television programming in general, and even our educational curriculums all work to hijack our RAS so that it doesn’t focus on real world observations. Mass populations are not left on their own to tell the RAS what to filter and sort. The power of the RAS is too great for such chance to exist in a structured and engineered civilization.

Outside of our own individual RAS system we also function within a form of collective social RAS where we are told by peers and social trends of what we should filter and sort. This collective RAS builds on the structure of Maslow’s Needs Hierarchy, which is a theory that puts a prioritized structure to human motivation.

The theory goes that we are predominantly focused on food and shelter, and from there work our way through safety, love and belonging, pride and self-esteem, and ending with self-actualization. 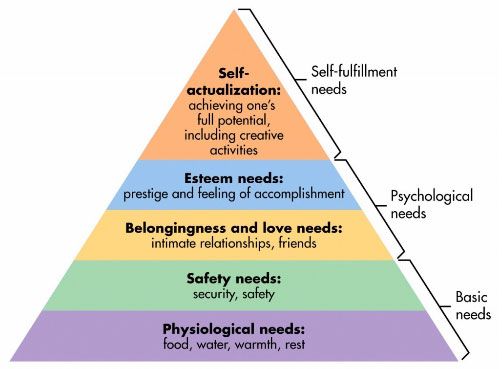 The importance we can take from Maslow’s theory is that our own wants and dreams, which are manifest in our self-actualization, has the lowest priority. Food and shelter is the dominant concern. This is the functioning aspect of mainstream news and alternative media. Both of those medias are laced with constant fear. Food and shelter evolve naturally into safety. The market is going to crash so you better have gold. Society is going to collapse so you better have guns and stockpiles of food. The government is poisoning our food. Earthquakes. Hurricanes. Tornados. Murder. Terrorism. Islamophobia. The twists and turns to logic and reason are as diverse as they are unreasonable and illogical.

We are willing to sacrifice our self-esteem to ensure that those basics are in place and that we belong within the larger social hierarchy which in turn builds our confidence that the basics are in place. So it is understandable that our RAS function can be hijacked with these base human patterns. We are told that our RAS should be focused on these things which sacrifices our own self-actualization.

It’s like a one-two punch where we are telling our RAS to focus on the base Maslow framework while all of our external stimuli, by way of all media, including the internet, is also telling our RAS what to filter and sort. Once the RAS is told what to focus on it will watch for exactly those things to filter and sort to the detriment of all other things.

When we think about the internet and the broad spectrum of alternative conspiracy information alongside the mainstream sources, we find that our RAS is seldom filtering and sorting information and stimuli which is pointed towards our own self-actualization and development.

While all of these outside external sources of information and stimuli are blocking our own RAS process from filtering and sorting we don’t even know what else we are missing. Like the gorilla, colour change and missing person, we may only catch one or two things which are passing by in the background of what we are being told to focus on.

The internet and conspiracy theories have evolved to meet the ever growing complexity of our material existence. These things are in fact tools which are engineering not only our cultural framework, but also our inner belief systems and visions of the future. Our world changed with the emergence of the World Wide Web. We are told of this vast conspiracy to rule the world when in fact the internet was one of the last acts which tightened the control grid over our lives and perceptions.

We need to reclaim our own brains and begin to filter and sort based on another set of parameters. What these parameters should be and how they should function is best left up to each of us as individuals. But understanding the fundamental structure and process of the RAS and how it organizes itself based on Maslow’s Hierarchy is the base knowledge which we first must master to begin re-framing our world.

Plan your life or someone else will plan it for you. – JC

JC Collins can be contacted at jcollins@philosophyofmetrics.com

This article is copyrighted by POM Media©2017. As non-Premium content it can be shared and reposted without further permission.