by Phil, published on Expanded Consciousness, on July 16, 2015 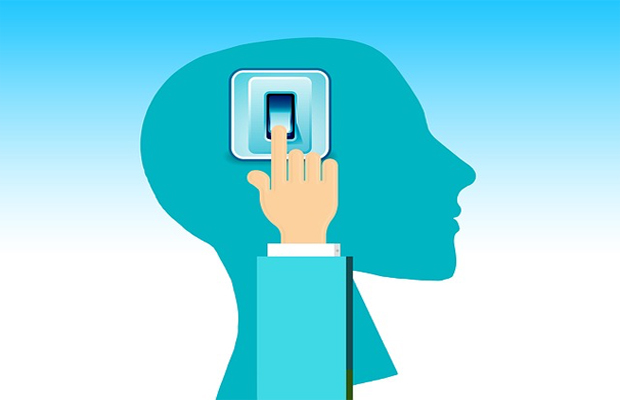 Quantum physics illustrates that the classical, manifested world is is not what it seems, yet the daily routine of waking up as an individual human being who is separated from the rest of the external world is our ordinary experience. However, every now and again, sometimes with a profound and ongoing impact in our life, we experience extraordinary feats of consciousness which blow our minds and hearts out of this world.

These feats occur in many different guises and in a very personal way. Some believe it to genuinely be an extraordinary experience, whilst others explain it away as ‘coincidence’ or a ‘figment of the imagination’. Yet unsurprisingly, a high amount of people do believe in Extrasensory Perception (ESP). In a 2002 poll, 57% believe it to be real.

Regardless of our personal beliefs, these occurrences have been recorded throughout the history of all tribal and traditional civilizations, so it’s not just a modern marvel. What is fresh about this phenomenon is the development of a discipline called ‘Parapsychology’, which is essentially a scientific framework designed to study the ‘psi’ or ‘psychic’ experiences of humanity.

Parapsychology is a field which is still considered pseudoscience by the scientific orthodoxy, however there is no justifiable or truly scientific reason why this is the case. It is therefore biased to omit the compelling evidence which illustrate that human minds can impact and connect with the world around it. Simply, the establishment is behaving unscientifically and has a lot to answer for due to their prejudiced position, especially because emerging from this legitimate methodology are very robust experiments of investigation which have produced statistically significant data sets as a result.

The reason why it’s not taken seriously by the academic community is because philosophical materialism – which is the unproven and dogmatic ‘belief’ that matter is the fundamental stuff of reality – has hijacked modern day science. Basically, it’s the interpretation model for any accumulating evidence, so if certain data doesn’t fit into that paradigm, it’s arrogantly and unscientifically rejected or explained away.

However, not all scientists have fallen victim to the materialist rhetoric. For example, in 2014 “A call for an open, informed study of all aspects of consciousness” was made by around 100 scientists. Another example in the same year was the creation of a “Manifesto for a Post-Materialist Science … to visualize what an emerging scientific view may look like”, which was developed by eight respected scientists, including Rupert Sheldrake. Simply, both groups have called upon the scientific community to face their hypocrisy and transcend their philosophical bias.

Much of the dogma that makes up this charade has been reinforced by many so-called skeptics who don’t actually investigate the evidence objectively, something that sites like Skeptical about Skeptics have made embarrassingly clear. In addition, this ‘faith’ has evolved into ‘scientism’, something that many people who have been highly indoctrinated into scientific materialism hypocritically despise religious people for doing themselves. The irony would be hilarious if it wasn’t so harmful to our collective mindset, especially our value systems, which have been rotted from the inside by materialistic and individualistic ideologies.

The reality is parapsychological studies have accumulated a lot of convincing data which indicate that there is strong evidence for ESP of the human mind. As stated in the linked manifesto:

“Studies of the so-called “psi phenomena” indicate that we can sometimes receive meaningful information without the use of ordinary senses, and in ways that transcend the habitual space and time constraints. Furthermore, psi research demonstrates that we can mentally influence—at a distance—physical devices and living organisms (including other human beings). Psi research also shows that distant minds may behave in ways that are nonlocally correlated, i.e., the correlations between distant minds are hypothesized to be unmediated (they are not linked to any known energetic signal), unmitigated (they do not degrade with increasing distance), and immediate (they appear to be simultaneous). These events are so common that they cannot be viewed as anomalous or as exceptions to natural laws, but as indications of the need for a broader explanatory framework that cannot be predicated exclusively on materialism.”

The Way Forward? Officially Open Science to Consciousness Studies and a Post-Materialist Worldview

An interview with Dean Radin

Dean is the Chief Scientist at the Institute of Noetic Sciences and leading researcher into parapsychology. For around three decades he has developed and implemented robust scientific models for experimenting with and capturing data of a range of psychic experiences. He has also written some highly successful books, including ‘The Conscious Universe’, ‘Entangled Minds’ and ‘Supernormal’.

In this episode Dean explores the various experiments which occur in parapsychological studies, as well as some of the results they’ve derived. He also discusses the field of quantum mechanics and why it could potentially explain how psi phenomena occur. In addition, he talks about the philosophical shift that needs to occur in ‘mainstream’ science so that it can embrace its inevitable future as a discipline that finally deals with the greatest challenge it has ever faced: what consciousness is and how it relates to reality itself.

A worldview beyond the dogma of the materialist metaphysics is finally making a convincing comeback into the consensus of human rationale. The scientific model which will explain the mysterious phenomena observed in parapsychological research is still excitingly unclear; however it is likely to be elucidated through some form of quantum or energetic field theory.

In addition, the justified demise of materialism has been reinforced by contradictory evidence, as well as its epic failure to explain what consciousness actually is, at what point matter becomes ‘alive’ and why the human mind and its intangibilities have a direct impact on the external world, including the human body. We are now transforming into a philosophical worldview which is actually a rebirth of ancient wisdom. In very simple terms, this understanding accepts that consciousness or mind plays a fundamental and co-creating role in our interconnected and ‘life-full’ reality.

In terms of ESP experiences, if they’re really a genuine ability of the human mind, as parapsychological data indicate, then a valid question is why don’t they happen more often? Take a moment to think about how since our birth, we’ve been conditioned into our cultural and societal belief systems. We are literally brainwashed into our state of mind until some people actually fully embrace their innate capacity to ‘freely’ choose the belief systems that they have.

However, if we grew up around information that supported a natural ESP ability in humanity, then we would be neurologically wiring our brains and conceptually designing our minds to not just be more open to it, but amplify it too. Put another way, if given a supportive environment, the human brain would not just increase its awareness of what we would now know to be an ‘ordinary’ ability, but also increase its capacity to undertake these feats on a consistent, daily basis.

Ultimately, if we have already evolved our philosophy and experience of life beyond the illusory, disconnected state of the material world, then we continually perceive the intimate interconnection we have with it through synchronicity, symbolism and psi experience anyway. Nevertheless, that doesn’t mean that the scientific community shouldn’t catch up; they’ve got a genuine responsibility to become the ‘objective’, ‘unbiased’ and ‘unadulterated’ snapshot of reality that they so loudly claim to be, as well as provide an authentic opportunity for humanity to collectively explore the mystery and power of unity consciousness.

Please note: This article is part of the Redesigning Society series. Over the coming weeks, this series will present a range of expert perspectives on the current state of societal affairs, as well as the collective changes we desperately need both philosophically and practically. Details of upcoming and past guests and topics can be viewed here. You can subscribe to The Conscious Society Youtube Channel to get early access to each interview in the series. 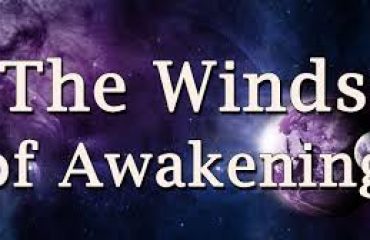 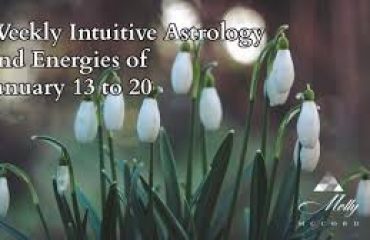 Weekly Intuitive Astrology and Energies of January 13 to 20