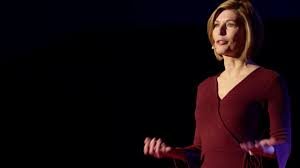 Was the effort to focus America’s attention on the idea of “fake news”—itself a propaganda effort? Connect the dots and learn who’s behind it and why. It’s not what you think. Sharyl Attkisson is a five-time Emmy Award winner and recipient of the Edward R. Murrow award for investigative reporting and author of two New York Times bestsellers: “The Smear” and “Stonewalled.” Attkisson hosts the Sunday national TV news program “Full Measure,” which focuses on investigative and accountability reporting. For thirty years, Attkisson was a correspondent and anchor at PBS, CNN and CBS News, where the Washington Post described her as “a persistent voice of news-media skepticism about the government’s story.” She’s a fourth degree blackbelt in TaeKwonDo. This talk was given at a TEDx event using the TED conference format but independently organized by a local community. Learn more at https://www.ted.com/tedx