by Josh Richardson, published on Prevent Disease, on January 24, 2017 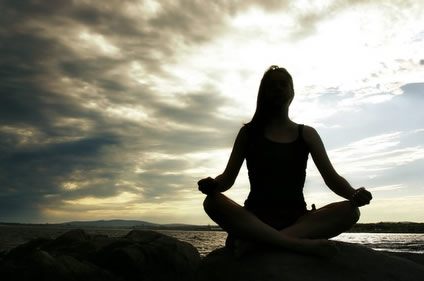 Meditation training program can have measurable effects on how the brain functions even when someone is not actively meditating. The effects are even more pronounced with music. In a recent study of adults with early memory loss, a West Virginia University research team lead by Dr. Kim Innes found that practice of a simple meditation or music listening program may have multiple benefits for older adults with preclinical memory loss.

In this randomized controlled trial, 60 older adults with subjective cognitive decline (SCD), a condition that may represent a preclinical stage of Alzheimer’s disease, were assigned to either a beginner meditation (Kirtan Kriya) or music listening program and asked to practice 12 minutes/day for 12 weeks. As detailed in a paper recently published by the Journal of Alzheimer’s Disease, both the meditation and music groups showed marked and significant improvements in subjective memory function and objective cognitive performance at 3 months. These included domains of cognitive functioning most likely to be affected in preclinical and early stages of dementia (e.g., attention, executive function, processing speed, and subjective memory function). The substantial gains observed in memory and cognition were maintained or further increased at 6 months (3 months post-intervention).

As explained in the research team’s previous paper (J Alzheimer’s Dis. 52 (4): 1277-1298), both intervention groups also showed improvements in sleep, mood, stress, well-being and quality of life, with gains that were that were particularly pronounced in the meditation group; again, all benefits were sustained or further enhanced at 3 months post-intervention.

The findings of this trial suggest that two simple mind-body practices, Kirtan Kriya meditation and music listening, may not only improve mood, sleep, and quality of life, but also boost cognition and help reverse perceived memory loss in older adults with SCD.

Meditation prevents stresses from getting into the bodily system and already pent up stresses are let out. Both happen simultaneously and we tap the source and joy of what we are. This all affects memory. As this state consumes us more and more, we become happier, anything we see, we feel, we look at, becomes more intense and more beautiful. Each of our senses then does the job of all the other senses too. Our knowledge increase and becomes more intuitive. Our consciousness makes us feel that our body is part of the whole, part of the entire creation and the entire creation is part of us.