How A Plea Reversal From Michael Flynn Could Uncover More Federal Corruption
Did Robert Mueller’s office withhold other evidence in Michael Flynn’s prosecution, either from the FISA court or from Flynn’s attorneys? There is reason to believe so.
by Margot Cleveland, published on The Federalist, on February 19, 2018 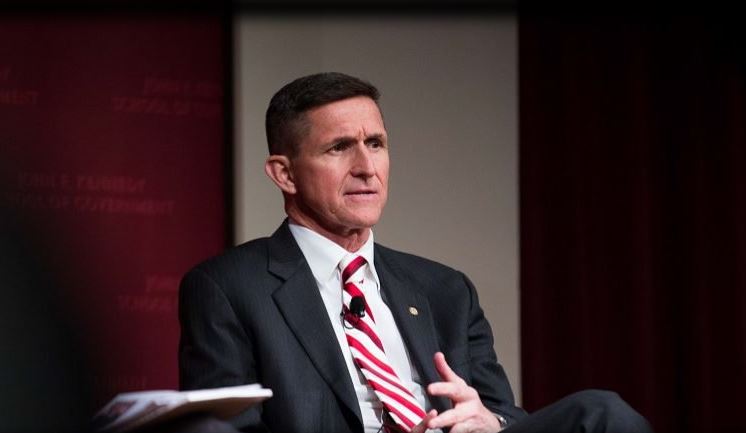 On Friday, Judge Emmet Sullivan issued an order in United States v. Flynn that, while widely unnoticed, reveals something fascinating: A motion by Michael Flynn to withdraw his guilty plea based on government misconduct is likely in the works.

What’s Happened in the Michael Flynn Case So Far

One of Sullivan’s first orders of business was to enter a standing order, on December 12, 2017, directing “the government to produce to defendant in a timely manner – including during plea negotiations – any evidence in its possession that is favorable to defendant and material either to defendant’s guilt or punishment.” Sullivan’s standing order further directed the government, if it “has identified any information which is favorable to the defendant but which the government believes not to be material,” to “submit such information to the Court for in camera review.”

Sullivan enters identical standing orders as a matter of course in all of his criminal cases, as he explained in a 2016 Cardozo Law Review article: “Following the Stevens case, I have issued a standing Brady Order for each criminal case on my docket, updating it in reaction to developments in the law.” A Brady order directs the government to disclose all exculpatory evidence to defense counsel, as required by Brady v. Maryland. The Stevens case, of course, is the government’s corrupt prosecution of the late senator Ted Stevens—an investigation and prosecution which, as Sullivan put it, “were permeated by the systematic concealment of significant exculpatory evidence. . . .”

While the December standing order represented Sullivan’s normal practice, as both McCarthy and York noted, Flynn had already pled guilty. In his plea agreement, Flynn agreed to “forego the right to any further discovery or disclosures of information not already provided at the time of the entry of Flynn’s guilty plea.” On Wednesday, however, the attorneys in the Flynn case presented the court an agreed-upon protective order governing the use of the material — including sensitive material — the special counsel’s office provides Flynn. This indicates Mueller’s team will not fight Sullivan’s standing order based on the terms of Flynn’s plea agreement.

Why Bombshells Are Likely Ahead

With a protective order in place, Flynn’s attorneys should start receiving the required disclosures from the special counsel’s office. There is reason to believe these will include some bombshells.

First, we know from the recently released GOP House Intelligence Committee memo and the Grassley-Graham criminal referral of Christopher Steele, the FBI and DOJ withheld significant (and material, in my view) information in seeking a Foreign Intelligence Surveillance Act (FISA) warrant to conduct surveillance on Trump campaign volunteer Carter Page. There is cause to believe the FISA court was connected to the criminal charge filed against Flynn because Contreras, who recused less than a week after accepting Flynn’s guilty plea, “is one of just three FISA court judges who sits in the District of Columbia, where it is likely the Trump-Russia FISA warrants were sought.”

Was other evidence withheld, either from the FISA court or from Flynn’s attorneys in negotiating a plea? Again, there is reason to believe so, given the players involved and the facts already uncovered.

Remember, the special counsel charged Flynn with lying to FBI agents on January 24. While the charge did not identify the FBI agents involved, we know that Peter Strzok conducted the January interview that eventually led to the criminal case against Flynn. Strzok formed a part of Mueller’s team until he was removed following the discovery of hostile text messages concerning Trump, including a planned “insurance policy” should Trump win the White House.

Obama political holdover Sally Yates’ involvement in the case raises additional concerns. While Strzok and Mueller initially indicated they believed Flynn had been truthful, Yates, while serving as acting attorney general, had directed Strzok to interview Flynn and had pushed for charges against Flynn under the Logan Act. Another member of Mueller’s team, Andrew Weissmann, is likewise suspect given his praise for Yates’ refusal to defend Trump’s travel ban. Weissmann remains a part of the special counsel’s team, notwithstanding calls for his ouster.

Mueller must now provide Flynn all exculpatory evidence: Significantly, if the information is favorable to Flynn but the special counsel’s office believes it is immaterial, government attorneys must nonetheless provide the evidence to Sullivan to allow him to make the call. In other words, Mueller’s team cannot unilaterally decide what evidence matters, as the Department of Justice did in applying to the FISA court for a surveillance warrant on Page while withholding the key fact that Hillary Clinton and the Democratic National Committee paid for information crucial to the application.

This Whole Thing Could Bring further Abuse to Light
No one knows yet what the evidence will show. However, there are enough shady characters involved to believe there will be something of significance. Then what?

Sidney Powell, a former federal prosecutor and author of “Licensed to Lie: Exposing Corruption in the Department of Justice,” writes that Flynn should withdraw his guilty plea and suggests that Sullivan, as “the country’s premier jurist experienced in the abuses of our Department of Justice, . . . is the best person to confront the egregious government misconduct that has led to and been perpetrated by the Mueller-Weissmann ‘investigation’ and to right the injustices that have arisen from it.”

Friday’s order suggests Sullivan is ready to do just that. That order consisted of an updated standing order detailing the government’s obligations under Brady. On the surface, Friday’s order seems inconsequential, but in comparing the December 12, 2017, version to the February 16, 2018, version, one substantive change stood out.

It was subtle, but significant given the posture of this case: The revised version added one sentence specifying that the government’s obligation to produce evidence material either to the defendant’s guilt or punishment “includes producing, during plea negotiations, any exculpatory evidence in the government’s possession.”

The change was significant because it indicates that, if the government did not provide Flynn material evidence during plea negotiations, Flynn has grounds to withdraw his plea. Sullivan’s revised standing order made that point clear, too—well, at least for Flynn’s lawyers. To explain: The Supreme Court has never addressed the question of whether a defendant may withdraw a guilty plea if the prosecution withholds exculpatory evidence during plea negotiations. The lower federal courts are split on this question. In his revised standing order issued on Friday, Sullivan dropped a lengthy footnote, detailing the case law and setting forth his position that, if material exculpatory evidence is withheld during plea negotiations, a defendant is entitled to withdraw his guilty plea.

Flynn’s attorneys now know what to do should Mueller’s team disclose such evidence. After the spanking Sullivan gave the prosecutors in the Stevens case, Mueller is on notice as well.

Update: This article originally stated it is “impossible to know whether Sullivan modified the standing order in response to special concerns in the Flynn case.” However, following publication of this article, other attorneys were able to locate cases in which the revised standing order was entered prior to Flynn’s case being reassigned to Sullivan, establishing that the change was not made in response to Flynn’s case. The modified standing order, which was first entered in Flynn’s case on Friday, proves especially significant give the circumstances of his plea, as the article explains in detail.
Margot Cleveland is a senior contributor to The Federalist. Cleveland is a lawyer and a graduate of the Notre Dame Law School as well as a former full-time faculty member and current adjunct professor for the college of business at the University of Notre Dame. Email her: MargotCleveland@nd.edu.