How 4chan trolled the CIA, CNN and BuzzFeed with hilarious fantasy that got reported as real news (infographic)

How 4chan trolled the CIA, CNN and BuzzFeed with hilarious fantasy that got reported as real news (infographic) 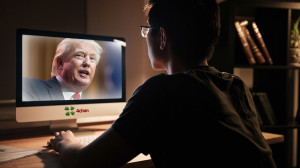 (NaturalNews) (See INFOGRAPHIC below) From NaturalNews.com:

The revelations are astonishing and deeply damning to CNN and BuzzFeed, both of which utterly abandoned the most basic journalistic ethics in their rush to publish anything — including completely fabricated “fake news” — that might damage Donald Trump.

The allegations — which included bizarre, twisted fetish fantasies — were so obviously false and unsubstantiated that most news organizations refused to publish them. But CNN and BuzzFeed have abandoned any attachment to journalistic credibility and have demonstrated a shocking willingness to run with any and all news that they think might spread false rumors to damage the reputation of Donald Trump and his administration.

Here’s an infographic that pieces together what we know so far. What’s hilariously emerging from all this is how Arizona Sen. John McCain is such a laughable tool of disinfo and propaganda. Come to think of it, so is the CIA at this point…

Share this infographic widely. As this story is still developing, there may be more added to it over time, so check back: