By Arjun Walia, published on Collective Evolution, on September 3, 2014 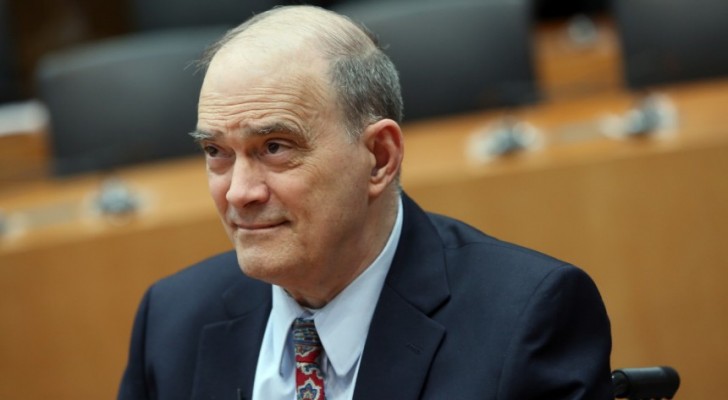 Just as Edward Snowden made huge headlines (and still is) all over the world, William Binney did the same in 2001 when he resigned from the National Security Agency (NSA) after 9/11 and blew the lid on an NSA mass surveillance program.

He worked for the agency for more than thirty years, and was the leading code-breaker against the Soviet Union during the Cold War. He’s had quite the run, starting in 2002 when he let the public know of a system ( ‘trailblazer’) intended to analyze data carried on communication networks (like the internet). He exposed the agencies eavesdropping program and has faced harassment from the FBI, NSA and more. He has been in and out of the court room ever since he decided to resign and blow the whistle.

Here is a quick Wiki write up about him, a simple Google search will confirm who he is for those who have never heard of him.

Binney was recently interviewed on 9/11 Free Fall Radio, where he said:

“We selectively ignore basic facts. What I mean by a basic fact is something that’s just there that needs to be addressed, even if they can’t explain it they should have said “we can’t explain this but it’s there” so they at least recognize that this basic fact existed. My problem is, just like the UFO thing, unless they start addressing these kinds of things, peoples observations or basic measurements or factual evidence that simply exists, unless they start addressing them there’s always  going to be questions, especially now with the government, how much trust do you have with this government? They’ve been spying, putting whistle blowers in jail, torturing, and giving immunity to people who commit these kinds of crimes, how much trust can you put in a government like that? When you selectively ignore these kids of things…..”(source 10-12 minute mark)

It’s great to hear someone who had such a long career with the NSA mention UFOs (although many high ranking defence personnel have made remarkable statements: see here), and the importance of governments addressing the phenomenon that is flooded with “people’s observations” and “factual evidence.” Clearly, Binney is aware of the phenomenon and the seriousness of the issue.

UFOs and extraterrestrial life is one of the most popular questions of our time. In the United States alone, at least half of all Americans say that we’re not alone in the universe. Fifty percent of Americans already believe that there is some form of life on other planets, while only seventeen percent think that there isn’t. A quarter of Americans believe that intelligent extraterrestrial visitors have already come to Earth and have been doing so for a long time.(source)

Will North American Governments Ever Properly Address The UFO Phenomenon?

Binney brings up a great point, and for him to put UFOs and  “factual evidence” in the same category was great and very brave of him.

The NSA (for example) has released files that clearly indicate their interest in the UFO phenomenon, HERE is one example, and HERE is another, documenting in detail an encounter military jets had with a UFO when they were ordered to go take a look at them. (common phenomenon). To read more about what happens when a UFO is tracked on military radar, click HERE.

I still wouldn’t call releasing these files properly addressing the questions and concerns of the people. Dozens of other governments around the world have released thousands of previously classified UFO documentation, yet important questions still remain that they have not addressed. To see an example from the UK, click HERE.

The release of these files indicate that governments and defense agencies have documented studies and allocated resources to studying the UFO phenomenon, and have kept the fact that they are doing so a secret for avery long time. You can be sure that a lot of information on the subject probably still remains heavily classified. They are holding all of this information, and have gathered so much of it yet we don’t have any access to it.

It’s not a secret that governments keep secrets, the United States alone classifies approximately 500 million pages of documents every year, and the release of previously classified information is a great example of that.

So will North American governments ever properly address the UFO phenomenon? I don’t know, but the information is leaking out there regardless. Again, they’ve been studying and gathering information on this phenomenon for decades, and they have access to information and data that we don’t, and that’s not fair.

Here’s something to think about:

“If you have a big secret, that you want the world to know about, you may not want to throw it out there all at once. In other words, there may be some kind of slow acculturation process, I think there is probably something like that going on. I think there is a lot of disinformation going on as well.” – Richard Dolan, Author, Historian (source)

“I don’t believe we will ever truly be ready for disclosure, but that will never stop it from happening. Who’s ever ready to have their first child? Nobody, they have it anyway. It will be forced upon the political leaders and it will be a big mess. Anytime you have some sort of growth, whether it’s personal spiritual growth, or political growth in this society, that means you shed illusions, you shed lies, and that’s a difficult prices, and we have to go through that process. There are many billions of people on this world who are attached to a certain paradigm, a certain way of picturing the world, and disclosure will just shatter that. So it will be difficult, but the alternative is being spoon fed lies the rest of your life.” Richard Dolan (same source as above quote)

From everything I’ve looked into, there are some within the world of secrecy that want the truth to come out, and others who want it to remain.

“There is abundant evidence that we are being contacted, that civilizations have been monitoring us for a very long time. That their appearance is bizarre from any type of traditional materialistic western point of view. That these visitors use the technologies of consciousness, they use toroids, they use co-rotating magnetic disks for their propulsion systems, that seems to be a common denominator of the UFO phenomenon” (source) – Dr. Brian O’leary, Former NASA Astronaut and Princeton Physics Professor

“Decades ago, visitors from other planets warned us about the direction we were heading and offered to help. Instead, some of us interpreted their visits as a threat, and decided to shoot first and ask questions after. Trillions of dollars have been spent on black projects which both congress and the commander in chief have deliberately been kept in the dark.”- Paul Hellyer, Former Canadian Defense Minister (source)

Whether our governments agree to properly address the issue and share with us the information they’ve accumulated over the years or not, the answers will come in the form of whistleblowers, leaked documents (like wikileaks) or something else.

So what do you think? Do you think North American governments will ever properly address the phenomenon?

I joined the CE team in 2010 and have been doing this ever since. There are many things happening on the planet that don’t resonate with me, and I wanted to do what I could to play a role in creating change. It’s been great making changes in my own life and creating awareness and I look forward to more projects that move beyond awareness and into action and implementation. So stay tuned 🙂 arjun@collective-evolution.com