by Lisa Gawlas, published on The Shift of Time and Energy, on August 18, 2018 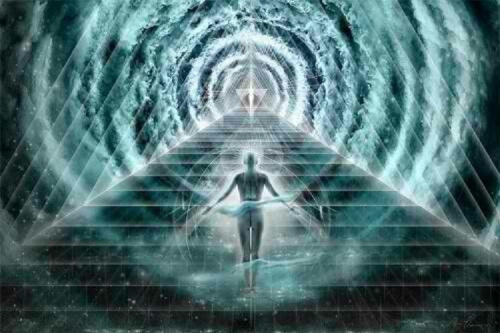 There is so much happening that I already know I am not going to be able to share it all in one post.  This really is a the greatest time to join, in full consciousness and participation, our family from the stars and other dimensions, to assist the magic happening on earth!!

But I have got to share this amazing experience first, because it really leaves me in awe and gratitude.  I had a lady who has been rescheduled like 5 times for an ET connection.  I scheduled her on Saturday and it was a day I was fully on, she was 4th out of 5 readings.  I was able to see clearly for the first three, the energies tho, wow, they have gotten so high, so vibrantly new, I had a massive headache by the time it was her turn.  The fact that in trying to get everyone rescheduled in a timely manor had me reading back to back with barely 5 minutes in between each appointment didn’t help.  Imagine my surprise when I could not get her connection started.  I was just pissed!!  Finally, one of her team morphed himself into a version that looked like the guy from the show My Favorite Martian and parked himself on my porch railing.  He explained that I could not take any more energy in safely to do their connection, it would blow my circuits out completely.  Even tho I was still pissed I had to reschedule her again, I was glad to understand why!!  I just happened to have one opening yesterday to wiggle her into.

We finally got her connection done yesterday and I fully appreciate the fact that her ET team did not present the day before.

A massive black hole/portal/wormhole opened up just above the treeline of the back yard.  It was easy 25 feet in diameter.  Freakin HUGE!!!  As I put my consciousness into the hole, there was a gentle sucking or pulling sensation and I was being pulled thru this tunnel thing, slowly.  As I was moving thru it, I could feel something like a guess a car would feel as it went thru a car wash, like little gentle brushes gently whacking against my consciousness, cleaning whatever debris was in there I guess!!  It was a very strange sensation, indescribable really.  But I immediately understood why her team rescheduled us the day prior.  The energy coming in thru whatever was happening was intense.

As I reached some part of this tunnel, not the end of it, but some part of it, was her team.  Two in silhouette form and one interesting looking Being.  Mostly like a pig standing upright.  Skin color and texture, very much like a pig.  But his arms were kinda human-like, he had them crossed against his chest and his “hands” were split hooves.  His legs were like a kangaroo, with hair like fibers that were about 2 inches long and brittle.  He had the ability to either hop or walk with these interesting legs.

He then opened to this amazingly bright landscape, his world.  The light there was like nothing I have ever seen before, so bright, so incredible!!  I soon realized why!!  His planet had 4 suns and each sun released a different sort of energy thru its rays.  Let me tell you, I felt every ray!!  Holy zoom batman!!!

Oddly tho, his planet had no green to it, no anything except rocks, a lot of rock looking formations and even the dirt was made of crumbled rocks.

He explained that he was created to live i this environment and do what he does there.  His odd looking legs protect him from damage, and allows easy mobility.

He explained that his realm opened up to our 5 years ago, 2013 when our earth shifted into what so many of us now call, the new earth.  The higher frequencies now available has many higher Beings coming in to assist.

What I have found so interesting this week thru the ET connections, unlike all the other times before, where most have been participating since birth, these new arrivals have not.  Instead, they started to scan the planet for humans that have a resonance of their vibration in their field.

Thru several of the ET connections this week, I was shown and fully explained how they find the humans that could assist them.

I was shown thru my own energy field, the field I call your immediate external field that encircles your body.  I could see the energy codes and vibrations that are constantly emitted from our personal fields.  Each emitting very specific frequencies.  Since we are all hyrbreds of one sort or another, from all various places around the universes, some have specific coding that can assist various frequencies.  Sort of like holding a piece of their DNA to use.

When they find the humans that have this frequency, they also monitor them to see if they would be a good fit to work with.  Meaning, if they are utilizing their higher frequencies to assist the evolution of the planet with, or at the very least, be open to assisting.  They read our energy very much like I do, with the exception you give me permission to go deeper, they can only look at the doorway, unless of course it is lower frequency Beings who invade where they have not been invited.  But even that, you must be emitting a frequency that they find an opening from.  Like a spotlight.

So I had to ask, if they find their humans to work with based off of DNA frequency, and that not everyone holds their frequency in their DNA, then how the hell can I access so many realms.  Instantly I got a reply (I like when that happens.)  It is because of the constant work I do, accessing so many various places that my DNA gets imbued to hold higher and various frequencies without having to be born with it.  It is also why my body has to go offline so much to assimilate the energy frequency.

I should have realized they were giving me a heads up about what was about to happen to my biology within a few hours.  My throat became so sore I could barely swallow, I started running a low grade fever off and on thru the rest of the day.  And of course, my voice left the building, again. This morning I feel a little better, except now the energy is traveling around my core and inner body.  I still have no voice to use and I know it is so I do not take any extra energy in.

Ohhh and before I close, I do want to share that my ladys friend, who laughingly called himself Oinky (for the humor value) did state that this black portal sucking thing, did not open until we passed thru the last eclipse.  This is why she had to be rescheduled so much.

There is always a reason, even if we don’t like it.  I dislike rescheduling more than anything, but do know it has value for all of us!!

On that note, my couch is calling!! lol  I love you all soul very very very much!!  Thank you for adding to me in ways that really blows my mind!!