Hero Worship and The Shadow Self

Hero Worship and The Shadow Self 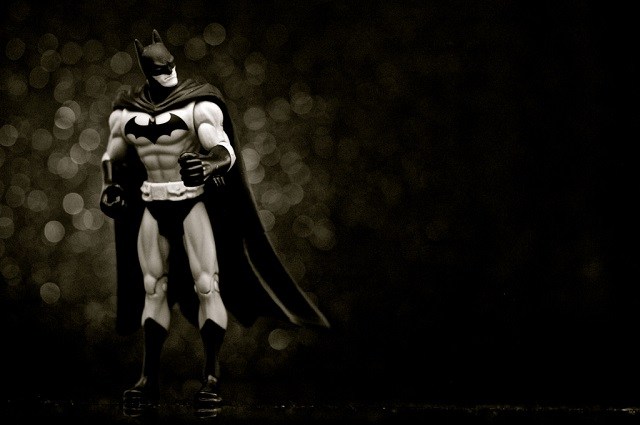 Are you afraid of your own shadow?

In Jungian psychology, the shadow is the collection of aspects of yourself that you deem unwanted or undesirable and hide deep in the caverns of your subconscious mind.

What we classify as unwanted or undesirable is largely determined by our cultural conditioning. The classic example is the business man whose true passion is art, yet he suppresses this gift because of what his parents and society labeled as favorable or unfavorable.

This happens with all aspects of self we refuse to accept (which can happen consciously or subconsciously).

While the shadow self is often thought of as the “bad” qualities that we refuse to acknowledge within ourselves, the most suppressed qualities are often the best ones. This is what I call the golden shadow.

Hero worship is an extension of the golden shadow. We suppress our inner greatness and subconsciously project our collective golden shadow onto heroes.

Heroes of all kinds – superheroes, celebrities, athletes, gurus – are thought of as amazing and perfect, while we view ourselves as a lesser “poor little me.”

We put all of our hopes and dreams not in ourselves, but in our favorite athlete, or the president, or a superhero we saw in a movie. All of the beauty we’ve refused to accept within ourselves is projected onto models and the “beautiful faces” we see on TV. This is all externally projecting our suppressed greatness because somewhere along the line we’ve deemed ourselves unworthy of embodying.

Here’s the truth. We all have greatness within. Yours may not look like Michael Jordan’s (who supposedly isn’t the nicest human being by the way – a testament to the grand deception of celebrity worship). Your greatness may not look like mine either. But I can guarantee that you have some kind of unique greatness. It’s been there all along, you’ve just refused to acknowledge it.

The Darker the Shadow, The Stronger the Super Powers

Mythological figures like superheroes and omnipotent gods are the projection of a society that feels weak and helpless. This collective projection comes from a huge “elephant in the room” shadow that we refuse to acknowledge. Our hero myths are created to fill the yearning for the brilliant potential that we’re systematically denying ourselves.

Can we fly and lift giant boulders? Who really knows? But super powers are more metaphorical. We’ve denied our inner gems so vehemently that we subconsciously create external, all-powerful saviors to fill that void and balance the scales.

We’re so afraid to step into our own power that we project it outward instead of owning it.

We cowardly choose work unfulfilling jobs, sit on the couch and watch TV instead of coming to grips with the immense power that lies within. You don’t have to be rich and famous to do this. It all simply comes down to your focus. What are you focusing on? What are you giving energy to?

Accepting your power within could be as simple as having a clear purpose in life, choosing a career you truly love, meditating, being fully present, feeling gratitude, honoring compassion, creating art or anything else where your focus is on cultivating your own gifts instead of focusing on something external.

Once we start doing this, who knows what possibilities will emerge? We know next nothing about the nature of reality, so the (assumed) laws we think we’re subject to might change and/or dissolve as we let go of self-imposed limitations. Anything is possible, but we’re so quick to stubbornly argue FOR our limitations. We live in prisons that are locked from the inside.

As humans, we have a tendency to project our best qualities onto external Gods, creating an external savior complex.

When you view Buddha or Jesus Christ as men to be worshipped who are more special than you, you’re missing the whole point. Buddha and Christ are archetypal examples of the “higher” consciousness that exists within all of us. Yet because we’ve been so conditioned to cast our greatness to the shadows, most people cannot even fathom this concept and argue for their own diminutiveness.

“The kingdom of God is not in the clouds, in some designated point of space; it is right behind the darkness that you perceive with closed eyes.”
– Paramahansa Yogananda

I’m not saying to never admire anyone else or be an egocentric narcissist. Not at all. When you shine light on your shadow and cultivate love within, only then can you truly love others.

It’s useful to learn from others, but the difference comes in whether or not you choose to embody those qualities you admire.

“It’s cool to imitate, just grow into your own
Don’t let the green grass across the picket fence
Turn you into Mr. Smith without a purpose or a home
Underneath he is a Jedi, on the surface he’s a Clone”
– Jay Electronica

You see, most people admire others, but think “I could never be like that” or something similar that implies inferiority. That’s self-sabotaging victim logic.

A 5’3” man probably won’t become a professional basketball player, but he most certainly has the potential for greatness in other ways. Well that’s not entirely true either. Look at someone like Mugsy Bogues, who actually was a 5’3” professional basketball player. So it is possible, if you choose to believe in yourself. Sometimes we need to redefine what possible is. “Impossible” is an opinion; a mere imaginary fence created by self-defeating, “poor-me” victims.

If you hear about a successful business person’s morning routine, do you think “I don’t have the discipline for that” and flip to the next channel to distract yourself? Or do you take notes and start applying it towards your own mission in life?

We must bridge the heroic chasm. On one side, you have the idolized hero, and on the other the average person who refuses to acknowledge their own greatness. The chasm is bridged by learning from “heroes” then EMBODYING those qualities which the heroes represent. If those qualities are not examined, learned and embodied, you just become another passive, “poor little me” for the rest of your life.

How are you going to bridge the heroic gap? Or will you choose to deny your greatness and cowardly feed your shadow with hero worship?

Life to too precious to fritter away by denying your own greatness.

Learn from others then cultivate that greatness within. It’s there within all of us.

Be your own superhero.