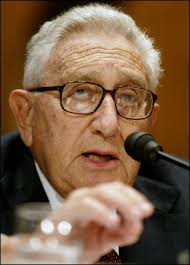 Abby Martin speaks about how Yale University’s secret invite to Henry Kissinger has shined a new light into the former Secretary of State’s long list of criminality, by helping facilitate US war crimes in South East Asia, South America and the Middle East, which resulted in the deaths of millions of civilians.