Heavily armored company of U.N. vehicles and equipment staged behind Maryland warehouse and are ready for rapid domestic deployment

Heavily armored company of U.N. vehicles and equipment staged behind Maryland warehouse and are ready for rapid domestic deployment

By Shepard Ambellas, published on Intelihub, on December 18, 2017

What are all these heavily armored United Nations vehicles and pieces of equipment doing parked behind a warehouse in Maryland?

HAGERSTOWN (INTELLIHUB) — Over 50 heavily armored United Nations vehicles and various pieces of equipment (generators, etc.) sufficient enough to support a small company of ‘peacekeeper’ troops are sitting on the deck behind a U.S. government-owned warehouse and appear to be ready for some type of rapid domestic deployment.

The vehicles are parked in the rear parking lot of a warehouse building located at 11841 New Gate Blvd. They are all painted white and bear the letters “U.N.” 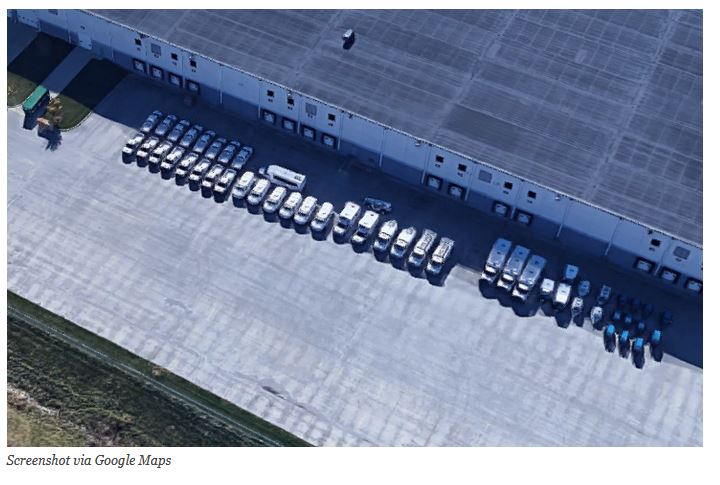 Drone footage captured by a private operator was uploaded to the “Stock Board Asset” YouTube channel on Sept. 4 which gives a bird’s eye view of the magnitude of the armament.

As I reported on Sunday, the Cook County Commissioner (Chicago) recently met with the U.N. undersecretary in an effort to get U.N. troops deployed onto the streets domestically to quell the recent spike in violence but some, like myself, wonder if this all isn’t some type of plan concocted by Chicago Mayor Rahm Emanuel or former President Barack Obama who have strong ties to the city and have already pushed agendas that will allow the deployment of U.N. troops on U.S. soil which ultimately would sidestep Possie comitatus.

2 Comments to “ Heavily armored company of U.N. vehicles and equipment staged behind Maryland warehouse and are ready for rapid domestic deployment”