Health Ranger threatened by left-wing media goons: “Destroy Alex Jones or we will destroy YOU”

BREAKING: Health Ranger threatened by left-wing media goons: “Destroy Alex Jones or we will destroy YOU” 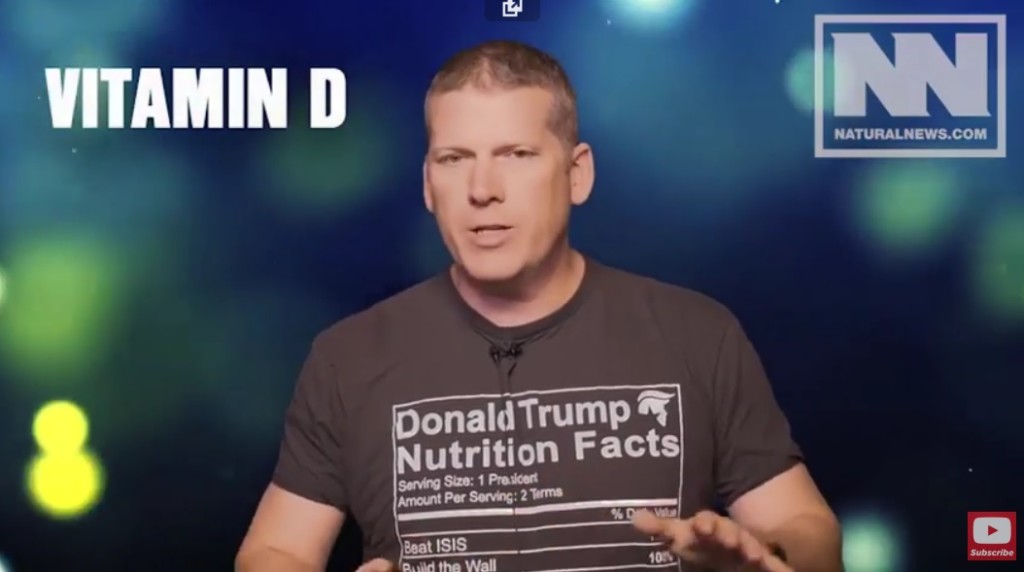 (Natural News) FULL DISCLOSURE: I am being threatened with the “complete destruction” of my reputation, my brand and my character by left-wing media operatives who have issued a new threat this week: “Destroy Alex Jones or we will destroy YOU.”

Alex Jones, of course, is the founder of InfoWars.com, one of the most popular multi-media publishers of pro-America news, videos and radio broadcasts in the world.

The warning implies that a barrage of left-wing media stories will target me personally — obviously spreading “fake news” lies — unless I agree to go public with “opposition research” targeting Jones that was previously delivered to me on a physical thumb drive.

I destroyed the thumb drive and refused to kow-tow to the insane, criminal agenda of destruction and lies now being pursued daily by the unhinged, delusional left-wing media (and its puppet masters such as George Soros).

I have no doubt I am being targeted with this threat because I previously served as a substitute host for the Alex Jones Show, from 2011 – 2013. After I left the show in 2013, I was contacted by another left-wing media source that offered to pay me $50,000 to “expose” Alex Jones.

Later, someone with access to some very advanced technology was able to engage me in a phone text conversation where they impersonated Alex Jones’ cell phone number, but I quickly realized it was a ruse and cut off communication.

In various ways, I have been hounded since 2013 by left-wing criminals who are attempting to exploit my contact with Alex Jones to discredit his entire organization and silence him forever. Time and time again, I have refused to take part in their nefarious plots. I flat-out refuse to be manipulated through false fear and intimidation tactics deployed by manipulative “media spooks” who are obviously very well funded but incredibly misinformed.

I do not consider myself to be a “competitor” of InfoWars. I consider myself to be a defender of liberty, truth and healthy living. I am on “team humanity” to defend humanity against the sinister agendas of the vaccine industry, the biotech industry and the sick-minded depopulation agenda of the most dangerous globalists of all. Anyone who is on “team humanity” is my ally, not my enemy.

Now, it seems, the stakes are even higher because of the victory of President Trump, a true patriot and determined warrior who is waging an epic battle against globalist forces, the “fake news” media and the corrupt elements of the so-called “deep state.” As the publisher of Trump.news, a pro-Trump REAL news website, I am being targeted as part of a left-wing media effort to discredit and destroy all Trump supporters who are prominent media innovators or personalities.

The following document, entitled Democracy Matters, Strategic Plan for Action, reveals the sinister tactics of the left-wing media to discredit and destroy any people who support Donald Trump’s vision for America.

In the next four years, Media Matters will continues its core mission of disarming right-wing misinformation, while leading the fight against the next generation of conservative disinformation: The proliferation of fake news and propaganda now threatening the country’s information ecosystem. Here’s what success will look like:

* Serial misinformers and right-wing propagandists inhabiting everything from social media to the highest levels of government will be exposed, discredited.

* Internet and social media platforms, like Google and Facebook, will no longer uncritically and without consequence host and enrich fake news sites and propagandists.

* Toxic alt-right social media-fueled harassment campaigns that silence dissent and poison our national discourse will be punished and halted.

… Shareblue will take back social media for Democrats. We will delegitimize Donald Trump’s presidency by emboldening the opposition…

* Trump allies will be forced to step down or change course due to news pushed by Shareblue.

Media Matters will… “weaponize our research products to understand and take action against the changing media ecosystem and the extremists seeking to manipulate it…. Key alt-right figures will lose credibility and influence in response to our research and pressure.”

A $13.4 million budget will allow Media Matters to “create a 34-person research department” [to destroy the opposition].

It’s obvious from this document that a whole new effort of malicious intimidation and threats is being deployed against prominent Trump supporters who have achieved any substantial level of new media success. The goal is clear: To intimidate Trump supporters into silence, or — even better for the left-wing media — get pro-Trump publishers and journalists to turn on each other and destroy each other from within.

I’ve already seen recent examples of insider attacks being leveled against Alex Jones and InfoWars. I have no doubt the very same cookie cutter-style attacks will also be recycled to target Natural News and the Health Ranger. It all stems from a blueprint plan that’s designed to demoralize Donald Trump supporters, then demonize and destroy them. It’s right out of the same playbook the radical left-wing media invoked in an attempt to destroy Trump from day one (an effort which spectacularly failed, by the way).

In fact, that’s the bigger point in all this. Every person attacked by the left-wing media just gets more popular in the same way Trump became ever more popular as the media smeared him. Look at the case of Milo Yiannoupoulos from Breitbart: The malicious media attacks on his character — falsely labeling him part of the “alt-right” movement — resulted in him being offered a $250,000 advance on a book deal that has already seen his book reach the #1 ranking on Amazon even before its launch!

Alex Jones, too, rode a wave of hit pieces and defamation against his character to become a powerful voice that now reaches more people than CNN! Every effort to destroy Alex, Milo, Sean Hannity, Rush Limbaugh, Matt Drudge or Steve Bannon have only backfired on the insane left-wing media. It is precisely because of their malicious attacks and deceptions that Donald Trump won the election. The public was tired of the lies, and the backlash was truly historic.

We must stand with Trump, or we’ll lose America forever

But the battle has only just begun. As I’ve repeatedly warned in my Health Ranger Report podcasts, we must now stand with Trump and defeat the insane criminal forces that seek to destroy this nation and silence reason. The radical, unhinged Left is now the single greatest threat to the future of our nation, and they will use ANY means to silence or destroy their political opponents, including violating the law, committing acts of extreme violence, publishing malicious falsehoods, citing fictitious “sources” in their stories, misrepresenting their words with dishonest editing, etc.

So I’m going to be crystal clear in my message to these criminal left-wing bullies and intimidation operatives: COME AND TAKE IT.

You want to silence me? Bring a team and prepare to take casualties. Unless you somehow manage to put a bullet in my brain, there is no possibility whatsoever that I’m going to carry out your nefarious agenda and join your sick, demented cabal of insane f#cktardery.

You might be able to pull it off if you bring a big enough force, but it’s going to cost you. I’m not going to lay down to your fake intimidation tactics… especially not when we have already won! We are the new media. We are rightfully trusted by the public because we’ve earned that trust by honestly reporting the real news. We are where people go for authentic news instead of the fake news you’ve been peddling for decades.

I publish over 100 websites, and readership keeps rising by the day because we are taking your readers away from your lame “fake news” websites like the Washington Post and New York Times. People are turning off your lies and turning on the truth at Natural News, NewsTarget, Trump.news and other websites we run to protect liberty, defend the Republic and expose the destructive anti-human agendas of the political Left and the globalists that run them all.

Listen to my full podcast to hear a more detailed explanation of these threats and why I refuse to take part in their sinister agenda.

1 Comment to “ Health Ranger threatened by left-wing media goons: “Destroy Alex Jones or we will destroy YOU””