Head of D.C. National Guard to be removed from post in middle of inauguration

Head of D.C. National Guard to be removed from post in middle of inauguration

By Peter Hermann and Aaron C. Davis , published on Washington Post, on January 13, 2017 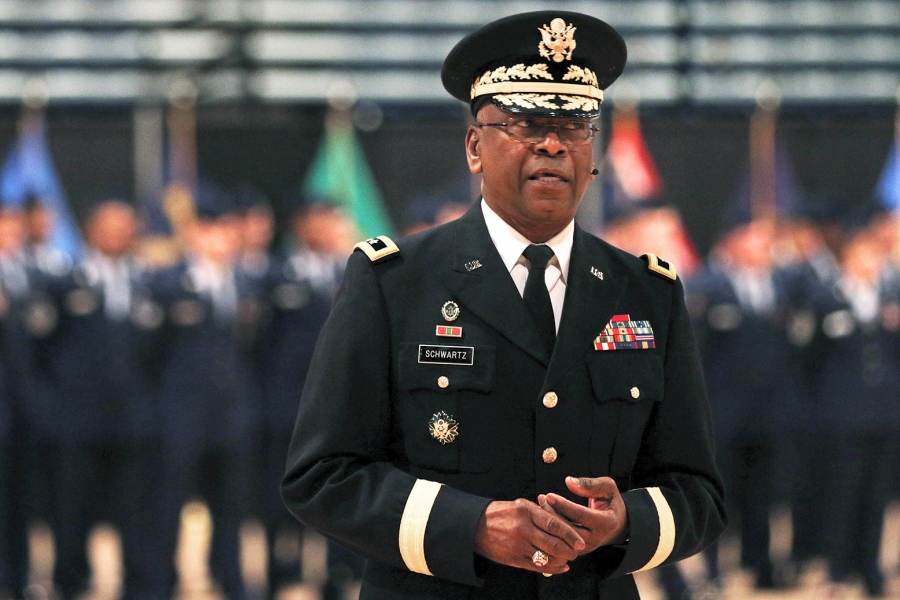 The Army general who heads the D.C. National Guard and has an integral part in overseeing the inauguration said Friday that he will be removed from command effective at 12:01 p.m. Jan. 20, just as Donald Trump is sworn in as president.

Maj. Gen. Errol R. Schwartz’s departure will come in the middle of the presidential ceremony — classified as a national special security event — and while thousands of his troops are deployed to help protect the nation’s capital during an inauguration he has spent months helping to plan.

“The timing is extremely unusual,” Schwartz said in an interview Friday morning, confirming a memo announcing his ouster that was obtained by The Washington Post. During the inauguration, Schwartz will command not only members of the D.C. Guard but also 5,000 unarmed troops dispatched from across the country to help. He also will oversee military air support protecting Washington during the inauguration.

“My troops will be on the street,” said Schwartz, who turned 65 in October. “I’ll see them off, but I won’t be able to welcome them back to the armory.” He said he would “never plan to leave a mission in the middle of a battle.”

Unlike in the states, where the governor appoints the National Guard commander, in the District that duty falls to the president.

President-elect Donald Trump will be sworn into office during the 58th inauguration on Jan. 20. Here’s a look at what we know about the planned inaugural activities and a look back at how the tradition has evolved. (Claritza Jimenez, Danielle Kunitz, Julio Negron/The Washington Post)
Military officials and Trump transition officials provided contradictory versions of the decision to replace Schwartz. As is customary for presidential appointees, the general submitted a letter of resignation to give the new administration a clean start.

Two military officials with knowledge of the situation said the Trump team decided to accept the resignation. A person close to the transition said transition officials wanted to keep Schwartz in the job for continuity, but the Army pushed to replace him.

Schwartz, who was appointed to head the Guard by President George W. Bush in 2008, maintained the position through President Obama’s two terms. He said his orders came from the Pentagon in the form of an email that names his interim successor, a brigadier general, who takes over at 12:01 p.m. next Friday.

Army Maj. Jamie Davis, a spokesman at the Defense Department, said Schwartz is classified as a “non-career status employee.” He noted that the interim commander “is ready to assume complete mission” and handle the inauguration. 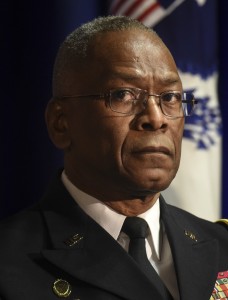 One of the military officials said the Trump transition team receives lists of political appointees and can decide which resignations to accept. All resignations are effective at 12:01 p.m. on Inauguration Day.

“It doesn’t make sense to can the general in the middle of an active deployment,” Mendelson said. He added that Schwartz’s sudden departure will be a long-term loss for the District. “He’s been really very good at working with the community, and my impression was that he was good for the Guard.”

Schwartz said he will work up until that moment, and then plans to retire from the Army. “I’m a soldier,” he said. “I’m a presidential appointee. Therefore, the president has the power to remove me.”

Like other deployments, Inauguration Day will be a complicated one for the D.C. National Guard — at least on paper. Since the District is not a state, its mayor cannot call up Guard members to active duty as a state governor can.

The District must send a letter to the secretary of the Army requesting the support. The District and the Army must then go through a seven-step process to initiate the deployment, during which Guard members carry out duties at the request of the mayor and city homeland security officials.

The two entities have been able to work together to make that happen quickly in response to unfolding natural disasters, such as last year’s record January snowfall. During that storm, which dumped 22 inches of snow, the Guard was activated in anticipation of the storm’s arrival, and troops helped shuttle officials, plow drivers and supplies back and forth across the city.

Schwartz began his military career in 1976 by enlisting in the Guard, formally called the Militia of the District of Columbia National Guard. He also oversees the Air National Guard, which combined with the Army Guard has an authorized strength of 2,700. He has served in several leadership positions, notably commanding the 372nd Military Police Battalion.

He graduated in 1980 from the University of the District of Columbia with a degree in electrical engineering and received a master’s degree in business management from Central Michigan University and in national security strategy from the National Defense University at Fort McNair in the District.

Schwartz said that he is most proud of the Youth Challenge Academy, a school for teenage dropouts run by the Guard with an infusion of federal money. The school, separate from D.C. public and charter schools, is located at the former Oak Hill facility, the District’s old juvenile jail. Schwartz said that about 60 percent of the student body have obtained high school diplomas, and some have gone on to college.