HCQ? You read it here first

HCQ? You read it here first

published on The Spectator Australia, on July 12, 2020 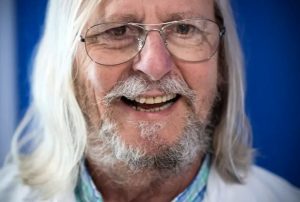 In the wee small hours before the dawn of the Independence Day holiday weekend, presumably when it hoped no one was watching, CNN quietly did its biggest backflip of the pandemic, tweeting: ‘A surprising new study found that the controversial antimalarial drug hydroxychloroquine (HCQ) helped Covid-19 patients better survive in hospital.’

Surprising? Not to readers of The Spectator Australia where Rebecca Weisser first reported success of HCQ and Azithromycin (AZM), the dynamic drug duo, on 28 March. The study, published in the International Journal of Infectious Diseases, reported that HCQ combined with Azithromycin reduced the risk of dying by a stunning 71 per cent compared with no treatment at all and could have ‘an important role to play in reducing Covid-19 mortality.’

What was surprising was that CNN finally felt compelled to report the good news. Ever since President Trump first dubbed the drug combo a ‘GAME CHANGER!’ and ‘a gift from God,’ he has been derided and the drug demonised. This time, there was no mention of Trump, much less an apology.

Over the past few months, in nine of her regular columns, Ms Weisser has followed the fortunes of HCQ + AZM as a cure for the coronavirus.

It reads like a modern-day morality tale, in which two poor but honest, generic drugs, so highly regarded that they feature on the World Health Organisation’s model list of essential medicines, are bravely championed or vexatiously villainised by a Chaucerian cast of heroes and villains.

Red Ted (Tedros) Adhanom, the mad Marxist running the WHO, didn’t even want to test HCQ as a cure for Covid, despite concrete evidence that it was effective against the new virus. When Professor Didier Raoult, a Gallic wizard with an uncanny resemblance to Getafix in the Asterix and Obelix books, unlocked the magical potency of HCQ by combining it with AZM, it should have been, as he said, fin de partie, game over.

But the enemies of HCQ were just warming up.

Lancetgate revealed that a company called Surgisphere had manufactured fake data to claim, wrongly as it turned out, that the combination of HCQ and AZM was in fact a killer. The results were published in the once highly-respected British medical journal, the Lancet, but it was the peer review conducted on Twitter that uncovered the fraud and forced a retraction. Britons were subjected to an even worse fate; a massive dose of HCQ which was described by a leading French authority on infectious diseases as ‘super toxic.’

This black comedy would be amusing if it weren’t for the fact that on 21 March, when Trump first promoted HCQ + AZM, there had only been 376 deaths in the US and as of 5 July there have been 132,601. Almost all of those deaths, arguably,  were avoidable. Treated early, even centenarians in nursing homes with several co-morbidities have survived. A safe vaccine would be nice but is not essential. We can live with a treatable virus — work, study, travel, go to concerts, sports arenas, houses of worship — and get on with our lives.

Trump has been spectacularly vindicated yet that is unlikely to put an end to the shenanigans of Big Pharma, Big Media and Big Partisans who have no interest in letting him get back to making America great again.

Meanwhile, in a fascinating report in the UK’s Sunday Times this week, Peter Daszak, the President of EcoHealth Alliance and a close collaborator with the Wuhan Institute of Virology, has confirmed that the closest relative of Sars-Cov-2 — which up to now has been called RaTG13 — is actually a deadly virus called RaBtCoV/4991 that killed three Chinese miners in Yunnan Province, and was identified by China’s ‘Bat Woman’ Shi Zhengli. This would not come as any surprise to those who read ‘China’s Frankenstein Virus’, also by Rebecca Weisser, in these pages on 30 May. Daszak claimed to the Sunday Times that there was ‘no significance in the renaming’ and the virus ‘was just one of the 16,000 bats we sampled.’ This is absurd. As Weisser wrote, when Zhengli published a paper in Nature in February on the origins of Sars-Cov-2, her failure to link it to the deadly mine virus was ‘unprofessional and inexplicable.’ Weisser observed that RaTG13 had the unmistakeable capacity to infect humans via ACE2 and its discovery was as significant as that of the two viruses Zhengli also discovered that year and for which she received international acclaim. Weisser noted that Zhengli might have simply renamed RaBtCov/4991 and that RaTG13 might not even exist. Now we know that’s true. As Weisser suggested, the invented name might be part of a Chinese cover up to create the illusion that the Covid-19 virus has a natural origin rather than being an evil mutant that leaked from a lab.