“Have an Exit Plan”….. Exiting the Matrix 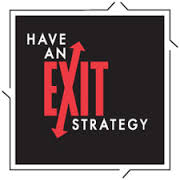 “Have an Exit Plan”….. Exiting the Matrix

By D at Removing The Shackles, published on January 28, 2014

Signs of the times? More and more information is being brought to the public’s attention. This past week has been a HUGE week again for transparency coming out in the media. Matt Drudge’s “Drudge Report” is an excellent example of this. As Mac Slavo points out below, The Drudge Report has a huge readership and is massively influencing not only alternative readership, but mainstream media as well.

I do not agree with Mac’s interpretation of gloom and doom, as in the break down of society that he is focused on happening. BUT, Drudge’s tweet of “Have an exit plan” is a serious indication of just how close the financial system crumbling actually is. That is my interpretation, based on closely watching the financial and perceived “government” sectors and the torrential undercurrent that is very quickly washing away the fake facade of “economic recovery” that even the main stream media is choking on.

Remember that the greatest way to avoid a trap is knowing that the trap exists in the first place.

I have referenced the movie “The Matrix” many, many times in past soliloquies. As a movie/story, it so very closely bares the resemblance to our current NOW. Here is a major point about this Moment that has been echoing around my head for the past 6 months or so:

Neo and Morpheus et al exist outside of the Matrix. They have woken up from the “dream world sleep” of the Matrix and unplugged themselves from it, and yet, they still move and work withIN the Matrix. Because they kNOW the Matix exists and because they kNOW the rules that operate withIN the Matrix, they operate INside that System differently than the people that are not unplugged from the System. BEing outside the System, yet INside it, they move through the Matrix using the rules of the Program to their advantage and are able to SEE and to kNOW how the system will respond to their individual actions. The security of the System/Matrix still operates under it’s own Rules and Neo and the others must move through and around those “security systems”, sometimes dangerously so, yet because they kNOW that the systems and the constructs of those security programs are in place, they are able to maneuver through it. Not always easily, not always safely…. But they DO it. Neo and those who are outside of the System work to bring down the Matrix from the INside and from outside of it.

Hence: “the greatest way to avoid a trap is knowing that the trap exists in the first place.”

We kNOW that the Financial system is completely and entirely built on fraud. We kNOW that it is crumbling into shattered pieces of dust and dirt that is was made from to begin with. We kNOW that the perceived “governments” are no more than corporations under the control of the Banks and THEIR controllers. We kNOW that their systems are illegal and based on fraud and lies. We kNOW that even within that corruption, they must follow their own rules, just as a computer program must follow it’s pre-set rules.

WE kNOW “The Matrix” exists and is all around us, and knowing that it exists and understanding it’s program is the most important aspect of BEing FREE from the System. Yes, most of us currently must work within that control System, but kNOWing that it is there and kNOWing it’s mechanisms is a major step in moving through the Matrix system and taking it down from WITHIN.

The Collapse of the Matrix IS happening. The signs of it’s death are all around us.

My work is both inside and outside the Matrix. I focus my INTENT, WILL and ENERGY on BEing outside of the System, while working within the System to bring it down. I watch the Signs and Symptoms of the Collapse all around us, and I DO my best to bring that information to You. What you DO with that information is your choice- to Fear or to Focus.

DO what resonates with YOU. Focus on what your heart tells you to DO. Do not follow others… but LEAD the way forward on Your Path. If you wish for CHANGE, then you have to BE CHANGE. As the Matrix crumbles around us, BE the CHANGE that LEADS the CHANGE.

That is why you are here and why you have unplugged, is it not?