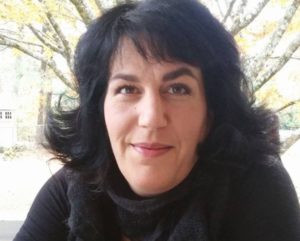 The purpose of this email is to keep you and all teams informed, documentation/record of events, actions, and inactions regarding human rights abuse operations, and identification of said operations and perpatrators, for further appropriate actions under applicable executive orders and universal laws

Yesterday, the toilet in our cell, RDWDF 2A/111, floooded our room. It appeared to be from an incoming pipe and not an outgoing pipe leakage. However, I did call the emergency in on the cell intercoms. Officer Stringer responded immediately, to assess and officially take action. Eventually, an unidentified official made the decision to move us to RDWDF 2D/110 (Max/disciplinary pod), until it was fixed or we were reassigned to a different open pod. My roommate and I were not moved to D-POD due to any bad behavior or disciplinary action.

When we arrived in D-POD, we were not allowed an hour out, due to the fact we had had time out in our previous POD. Nor were we able to get cleaning supplies to clean the cell prior to or after moving. I received a roll of toilet paper upon entrance.

Today, I unexpectedly received my period, approximately two weeks in advance of its usual timing. I did not have any feminine hygene products due to the move. I bled through my uniform, and I expected to bleed through the second and last uniform in my possession if I was not immediately given feminine hygene products. I first used normal course methods to gain the pod officer’s attention that was on duty. She could not hear or see me with the disciplinary inmates that were out for their hour. I used the cell intercom to notify them of the emergency of bleeding through my uniforms, requesting pads immediately to avoid bleeding through my last uniform, and the pod officer could not hear or see me so that I could get them. The officer (WARREN) on the cell intercom responded, “ok, ok”.

Approximately no more than five minutes later, Sgt. Wolf showed up at the POD officer’s desk, and then pod-officer CHOW opened the cell door and said I was called to Medical. I indicated the stained clothes piled on the floor that I had just hand washed, why I had used the cell intercom to request the pads, as described above, and that I did not request medical or a sick call. I stated there has been a misunderstanding, and that I obviously did not make a request for medical. I was told that I would have to go to medical to refuse it. I responded I would go to Medical and explain it to them, with a non-consnt/refusal if they insisted or charged me for services not requested.

Officer Chow informed us that RDWDF 2C/208 had similar toilet breakage after we did… those inmates did not get moved to D-POD.

Sgt. Wolf escorted me into the slider from thepod. I opened and held the slider door open for the Sgt. as she pushed packs of toilet paper, and a large box of pads into the hall. Sgt. asked Officer Warren if she was ready for me, and Offficer Warren yelled back, “Not yet”, or similar to that affect. Sgt. Wolf left me in the slider… without pads. During the approximately no more than 5 minutes in the slider, I asked Officers Warrn and Chow for pads, and was not given any at that time.

Officer Warren opened the door and I spoke with her at the central desk, in the main hall., in front of 15+ waiting inmates. I immediately explained to Officer Warren what had happened, each specific and particular detail, as summarized abve, and requested to be given pads immediately, again, due to current soiling of my last uniform. I also informed her that I did not request to see medical or a mental health official.

Officer Warren reponded she didn’t know anything, and told me to go into the room down the hall and at my left, whose door was open, and talk to mental health. I said that I would do an official refusal and explanation there, because I could not fathom how a “bleed-through” and reasonable request for pads turns into any comptent individual thinking I requested to see a Mental Health official… or worse, ordering me to see one, without my due consent

After I gave said notifications, and was walkd down the hall to the opened office door, Officer Warren told me just to go the slider. I requested clarification, whether I was to lodge an official explantion and refusal with the purported mental health official in that office first, before going to the slider. Officer Warren clarified I was to go directly to the slider.

I passed and saw the purported Mental Health offical sitting at a desk, listening. An inmate hall worker, that witnessd the conversation, handed me four pads as I entered the slider, and Officer Chow gave me two more