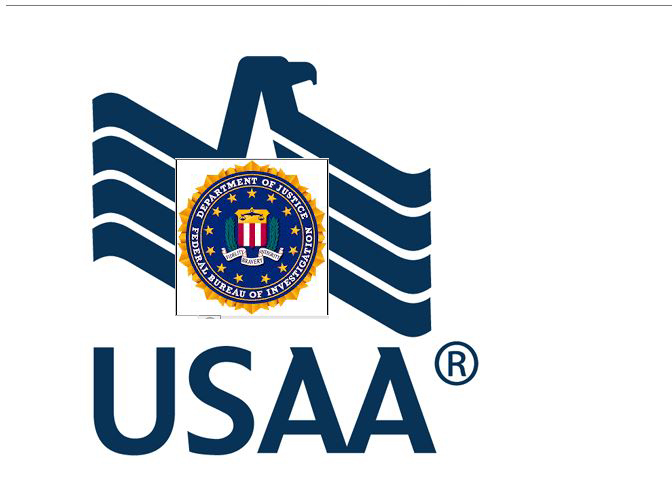 usaa/fbi emails that were withheld from discovery

bill, i just met with francis…RDWDF made him wait 1. 5 hrs before they came and got me, @ 3:30 p. m. , est… francis said that he would send you confirmation of filing to forward to me… it will be a conformed copy of the originals (so no changes can be made to penciled writing) with date/filed stamp, if he is able to file today at clerks office… if he can’t file at clerk’s office before they close, he will send you e-file receipt…he will get them filed though

i received the usaa/fbi emails that were withheld from discovery… evidence that it was usaa that coached parker about false storyline of altered ssn that he presented to grand jury… also evidence that usaa produced false records of the purported altered ssn using internal systems and screens, after the fact, that members would not have access to, and presented them as a member created screen…. among other things… notice the spelling of parker’s last name on email that true brown initially used? … lol 🙂

i am finishing the ORDER OF FINAL CALL ON ALL LEDGERS, WITH IMMEDIATE CLOSURES OF ALL DEFICIENT ORIGINAL DEPOSITORIES THEREAFTER, that will give big picture (see # 16, in its entirety, of the affidavit supporting warrant of quo warranto that had been filed with wa supreme court september 20, 2011… it was the roadmap… followed by all… <3)

my love and heart to all

p. s. we are in lockdown due to incidents that happened over the last 48 hours…. explain later… i am fine…. call you or y, as i am able…. and please email me francis’ confirmations of filing as soon as you get them <3


Wait till the membership of USAA Federal Savings Bank, a bank who “really like to take care of their members”, and whose members are mostly former and serving military personnel and their families, find out that USAA “stitched up” (framed) one of their own members, himself a retired military man, by knowingly falsifying digital records and presenting that false information to the FBI, who then presented that false information to a Grand Jury. Thereby obtaining an indictment for bank fraud, wire fraud and conspiracy to launder money; and whereby a trial jury subsequently handed down a special verdict of guilty on all counts, with available maximum sentences of 20 and 30 years respectively.

The actuality is that no transactions could ever have taken place using a falsified social security number “with one digit changed”, as claimed by USAA and the FBI (see the Grand Jury transcript) – [ https://tinyurl.com/phstill ]. The Federal Reserve Bank of New York knows that and had to know that when it gave evidence at the trial, and so did USAA. Any such transactions simply would not have been completed at all. They would have failed and returned an error message. But furthermore they knew that the records had been falsified and withheld to hide the existence of a Treasury Direct Deposit Account in the name of Randall Keith Beane.

Who changed that social security number by one digit? Who authorized that? Certainly not Randall Beane, because ALL of his transactions were successful. The Federal Reserve Bank gave evidence in open court and verifiied, or at least admitted, that completed ACH transfers of those funds did in fact take place. That the account used to do so was, they say, a “Ginnie Mae securities account”, held at the Federal Reserve Bank of New York and belonging to the U.S. Treasury.

So the data and sworn evidence on record, confirms that there is and was an account at the Federal Reserve Bank of New York in the name of Randall Keith Beane with account number 243-39-1135 and from which said account funds were successfully transferred on at least 27 separate occassions to, as well as through, a checking account at USAA Federal Savings Bank, San Antonio, Texas, belonging to Randall Beane.

The above details the presentation of false evidence and indeed false accounting and withholding of evidence, to the FBI and to a Knoxville,Tennessee Grand Jury by USAA Federal Savings Bank, at the behest of Federal Reserve Bank of New York and the principlas thereof, who conspired with them, causing and resulting in severe loss and damage to both Randall Keith Beane and Heather Ann Tucci-Jarraf. The malicious application and use of a single bright and shining lie … “one digit changed”. The implications of which are nothing short of vast and involve the financial affairs of billions of people. ~pfm