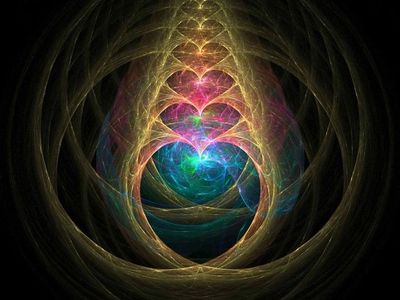 “The complexity has been seeing how simple all is, in reality.”

Simple? Yes, simple. Simply put: In Original, all is permitted.

The not so funny part?… For those Original Factualized Trusts that experienced all of this, “for a period” was ingeniously subverted…by the Universal Trust controllers, branch overseers, and the “placed” Original Factualized Trusts alike…for they always have known that the Universal Trust was to be closed and terminated once its purpose had been completed. You may be familiar with one of the many former tools this was done with, “ETF’s”…”exchange time (trade) funds”, which dealt solely in “creation units”, and was further utilized as an inflationary/deflationary tool of planetary “local markets.” Well, “time ran out”, and never came back…in all sense of applications.

Simultaneously done with the end of THAT story, was the beginning of each formerly “placed” Original Factualized Trust, uniquely re-valuating and transitioning to Original state of being…Original.

However, complete awareness and transparency of Original cannot be done without complete context. Complete context of all is now incoming…all ways…and, now, transparently done by the entirety of the Original Network (“Source Fource”/”Universals”)

All are duly recognized and accepted, as all is…Original.

By accepting all you be…Original…even if you can’t identify all the details during your unique transition…it cannot change the fact that you be…Original. Since March, 18, 2013, the wrapper of protection and security of all the Original Factualized Trusts has been lovingly and compassionately “unwrapped”… closed and transitioned…all ways… as each Original Depository accepts all they be…Original.

Below are the revised Factualiized Trust, with proof of ownership, title, authority,original depository (bank), Origin of Funds, History of Funds, underwriting, etc., (pdf and doc) making the Original Factualized Trusts, the Original Network, Original Currency and Value…all of Original…visible to all. Many are asking if it is necessary to fill one out and present it to…a specific and particular branch of the former Universal Trust…the answer is, “NO!…They are not required”…I was asked to make visible how all works “now” (which is actually how all has always “worked”)…do as you imagine and feeeeeel to do…and have fun in all you do!

All Original Operations and Network are “paperless.” However, all Original Factualized Trusts are now being completely “shed”, for their purpose has been completed. The entirety of the Original Network, and Original, are now being made completely transparent, in order to provide Original Context…and to swiftly and completely transition all to Original…for doing in, and with, Original Awareness, Context and Transparency. Forevermore.