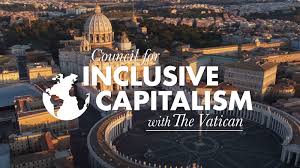 lol…as they are aware, no redo’s folks!…This isn’t the first time they’ve attempted some form of “reboot”, “fortification”, etc., BZ…and each “form” has failed, and they will continue to fail. Plus, they have no value, “past”, “present”, “future”, or “other” with which to establish any new economic system (hence no revaluations, digital currencies, return to old currencies, etc., let alone anything “new”)…that was the choice they made on July 25, 2017, and they were even given a second opportunity to change THAT choice on October 18, 2017. 😉

…for fun, is said purported “global alliance” going to have their headquarters in that self-described, self-created, sovereign (with citizanry and economics and finance) dome world in the middle east (that is purportedly separate from the rest of the “old” world so-called governing bodies and states, yet recognized and honored by them…looks like a reboot on the International portals such as WA D.C., London City, etc.)?…where was that again? Dubai? United Arab Emirates?…I think what’s-his-name director from the Transformer films did a recent film/documentary there…

I do not require any articles, filings, or details regarding this matter, honey. Thank You for checking, though, and I do appreciate at least hearing a blurb about it. This move, and similar ones, were expected, prepared for, and prevented by All…*The Perpetuity, baybbbbbbbeeeeeeeeeeeeeeee! This is the highest paying “job” in the history of existence…I am excited for the conscious application by each and to experience all the creation that comes next!

17 states have joined the TX suit with SCOTUS against 4 swing state, I can send article if you don’t already have. And the filling itself…

JUST IN – Vatican enters into a "global alliance" with Rothschild, Rockefeller & Ford Foundation, Mastercard, BoA, and others through the new "Council for Inclusive Capitalism" to create a "more inclusive, sustainable and trusted economic system."