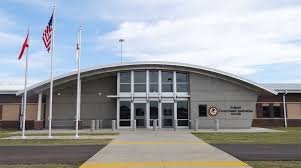 Received this from Julia (Russia) (heart) [BZ:  Julia, was very helpful to HATJ when they met when H was on her “hotel” tour of the US ]

This is an email she has sent to likely all on her email list. As she states – please feel free to share with anyone who may have interest in assisting her. She is a beautiful and amazing being – very talented in art and is another one that – from my perspective – should not be where she is. ~ Lisa Shannon

Dear Sir/Madam,
I AM SEEKING LEGAL ASSISTANCE IN FIGHTING MY DEPORTATION CASE AND REPRESENTATION IN PENDING TREATY TRANSFER.
First-Treaty Transfer: I applied for TT on October 4th, 2017 at this facility. I am eligible according to all criteria in the DOJ Program Statements. However, I have restitution. I was told that restitution can be converted to a civil matter and this way it will not attach to my criminal case and will not be a problem for the purposes of Treaty Transfer. (An immigration attorney Sylvia Royce from Washington, DC has done conversions of the restitution in the past and I am sure you can find her cases. She reviewed my case but could not take it due to the amount of cases she was handling at the time.). After submitting an application and approval at the local level by staff and Warden it was sent to Washington. It was received in Washington in February 2018 and is being reviewed. They are supposed to have 90 days to review it and it is past the deadline, I have not received a response yet. I hired Derek Gilna and Patricia Miller at Federal Legal Group, Inc to represent me. We have paid a deposit $1,000 back in February and nothing was done. I have not received anything from them and they are not responsive to any e-mails or phone calls. I need someone to take over this pending matter and submit all necessary documents to present my case the right way. Most of the information relevant to my Treaty Transfer was omitted in my criminal proceeding and needs to be presented to DOJ, Treaty Transfer Unit.
Second-DEPORTATION MATTER: I AM SEEKING LEGAL ASSISTANCE IN FIGHTING MY DEPORTATION CASE.
I was sentenced on July 13th, 2017 to 162months (13.5years). I was detained since October 7th, 2013 and held in harsh pretrial conditions, denied bail and many other constitutional rights for almost 4 years. It is my 5th year in jail. My crime falls into “crime of violence” category that was recently decided to be “void for vagueness” in Dimaya. There was another case US v Salas (United States v Salas, 2018 BL 1558863, 10th Cir. 16-2170 on 5/4/18) that was decided favorably. In that case it was determined that arson is “void for vagueness”, based on Dimaya. Prior to that there were other arson cases where it was determined that arson was not a crime of violence: U.S. v Mitchell, 218 F. Supp. 3d 360 (M.D. Pa 2016) Granting defendant’s 2255 petition in light of Johnson, finding that the defendant’s and Pennsylvania arson conviction no longer qualified as ACCA predicate conviction.
I was charged on the following counts:
Count 1: Use of Fire to Committ a Federal Felony-18 USC $844(h)(i)
Count 2: Wire Fraud 18 USC $1343
Counts 5,7: Malicious Destruction of Real Property by Fire 18 USC $844(i)
All these charges resulted from the same crime: it was my vacant rental property and 2 vehicles that were set on fire in attempt to collect insurance proceeds. I was initially charged on 2 counts but after I decided to take my case to trial Feds issued a superseding indictment multiplying the charges for the same offense that left me with no choice but to plea guilty. There is a “duplicity and multiplicity” issue that can be argued as well. There were no injuries and no victims, nobody got hurt. I never received insurance money. I have restitution in the amount of $609,000 payable to the Treasury of the United States, the “victim”. How it was calculated I do not know because the assessed value of the property was $3,000 and the adjourned properties $15,000. The restitution hearing was held after my sentencing, I was not allowed to attend or object to anything.
MY BACKGROUND: I was born in USSR and is a citizen of a present day Ukraine. I came to the US in 2002 at the age of 18 from Estonia where I studied in college. I had visitor’s visa first, then got married and obtained greencard in 2005. I have been a Greencard holder ever since then, have no prior criminal record. I have undergraduate degree in Business from Lakeland college and later attended postgraduate program in Finance at Columbia University in New York. After some experience in corporate I started investing in real estate full time. Due to financial and personal crisis I committed a series of bad decisions and ended up in jail. It is important for me to remove ICE hold so I can take advantage of programs that significantly reduce my time. The programs are offered and available ONLY to people who are NOT in deportation status. (I applied for RDAP and spiritual based program LCP in Bryant, TX and was denied both because of the ICE detainer). I am also not able to transfer to a another facility or jail with lower security level and better conditions. I will not qualify for halfway house or home detention. I have a long time to do and need to start programming. Dimaya has opened a door of opportunity in my case.
LEGAL FEES: I can pay a nominal fee, or if you are willing to take my case on a pro-bono basis seriously. I need to work with someone who is willing to work diligently on my case, be good with communication and follow ups. I also would like some referrals of cases that you successfully represented in the past.
Please, respond by e-mail or call the facility to schedule a LEGAL CALL with me through our counselor, Ms. Wesley. Our case manager is Ms. Cash and Unit Manager is Ms. Kenner. My Unit is C-4. THANK YOU!