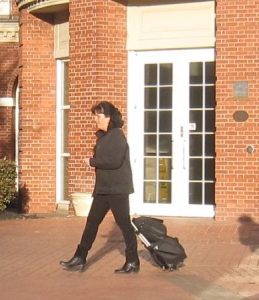 This email is in response to the data/article you emailed me regarding the various bonds generated by the “judicial system/courts” , generally and historically referred to by me as “prison bonds”. I intend that this response will provide an important clarification about NOW to all of you that read this.

You would be surprised how many men and women forced into the penal system in America are already aware of the data provided in that article. At least, I was. Those that were not aware of the minute machinations, are COMPLETELY aware that the penal system is ABSOLUTELY about money, and only about money. Experiments, programming, control, abuse, are ancillary/ symptomatic of the level of consciousness operating said penal systems.

The problem for awhile (approximately 2010), has been that even when some of those knowing men and women in said penal systems dealt with said judicial/ court system properly, they were denied remedy…and continued to be denied remedy.

The men and women in said penal system DO NOT CARE who is to blame, what the details are, etc….THEY ONLY CARE THAT THE ABUSE, FRAUD, ETC. STOPS…NOW.

The men and women that I have had contact with during this operation, and the ones they have had contact with during their journeys, are aware of the programming these institutions are actually running…and it has been expressed all ways, that they are also aware that very few to no one “on the outside” really cares what is really going on inside the penal systems…unless you count the completely contrived and misleading “60 Days In”, but that is really only for purposes of entertainment… and programming the public to a limited way of perceiving such matters and persons.

All the data in the article you sent me was correct before March 18, 2013…The Perpetuity, “The Universal Security Agreement” addresses and deals with alllllllllllllllllllllllllllllllll aspects that are denying everyone remedy…and ghost operations of said unconscionable systems were permitted to operate at a significantly deteriorating pace until July 25, 2017, when all of it was obliterated, by the operators’ own choices

I thank you for the data, however, I will not be presenting it to anyone…the data is really duplications of data that is/ has been already in circulation, and irrelevant at the moment, as NOW is about complete remedy, complete shift, complete transition for all, by all, with all.