BZ: I sent this article to HATJ, here was her reply…

the funny part is that when you have “law enforcement”, uhhhhmmm, “raiding” banks for cash to operate because the banks no longer want to pay them, they render the term “law enforcement” to an oxymoron of the caliber of infamous oxymorons like “soveriegn citizen”, “honest attorney”, etc. 😉

in complete love, gratitude, and heartitude
<3 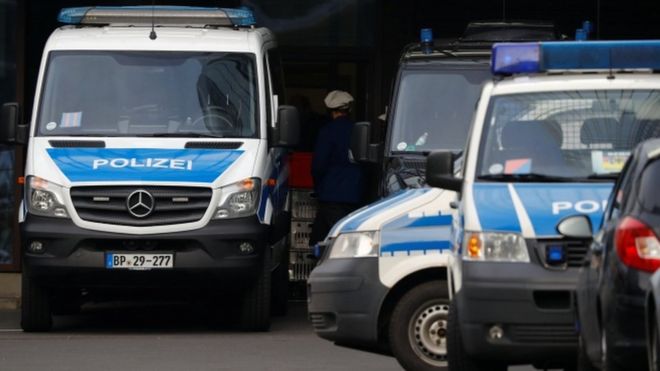 The Frankfurt headquarters of Deutsche Bank have been raided by prosecutors in a money laundering investigation.

Police cars were seen outside the tower blocks that house the headquarters of Germany’s biggest bank.

Five other Deutsche offices in the city were searched in an operation involving about 170 police and officials.

Prosecutors are looking into whether Deutsche Bank staff helped clients set up offshore accounts to “transfer money from criminal activities”.

The investigation, which began in August, focuses on activities between 2013 and the start of 2018.

In 2016 alone, more than 900 customers were served by a Deutsche Bank subsidiary registered in the British Virgin Islands, generating a volume of €311m, the prosecutors allege.

The investigation was sparked by revelations in the 2016 “Panama Papers” – an enormous amount of information leaked from a Panamanian law firm called Mossack Fonseca.

Other banks have been fined as a result of information contained in the Panama Papers.

Deutsche shares fell 3% after news of the raid emerged. The bank confirmed that police had raided several locations in Germany and that it was co-operating fully with the probe.

Paperwork and electronic documents were seized by officials during the raids on the bank’s properties.

Deutsche has been connected with another huge money laundering scandal at Denmark’s Danske Bank.

Earlier this month, Deutsche confirmed that it was involved in processing payments for the Danish bank in Estonia.

An internal investigation by Danske found that about €200bn (£177bn) of payments were funnelled through its Estonian branch.

The Danish bank said many of those payments were suspicious.

Deutsche said it had terminated its relationship with Danske in 2015 after “identifying suspicious activity”.

Deutsche Bank has been sanctioned in the past for failing to tackle money laundering.

In 2017, Deutsche Bank was fined $630m (£504m) by US and UK regulators in connection with a Russian money laundering plan.

Under the scheme, clients illegally moved $10bn out of Russia via shares bought and sold through the bank’s Moscow, London and New York offices. 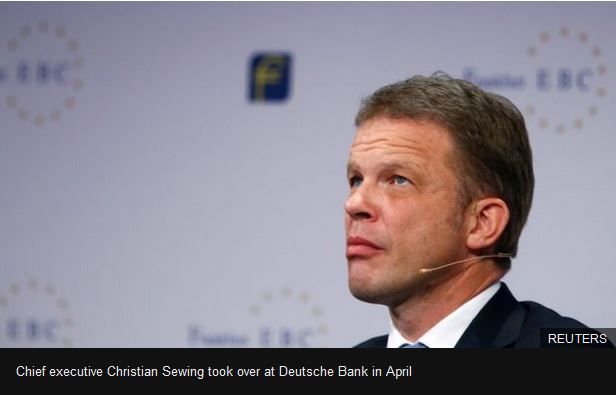 The trouble with authorities comes at a time when Deutsche continued to face problems with its business.

Pre-tax profits for the three months to September fell 45% to €506m compared with the same period last year.

Chief executive Christian Sewing, who took over in April, has been shedding jobs and making other cost cuts in an attempt to revive the bank’s performance.

However, investors have yet to be been won over by his efforts and Deutsche shares have halved this year.