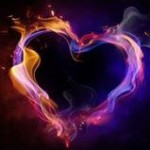 Not just the data about Obama and the Clintons…also the data of EVERY foreign actor and interest behind them…and their entire foreign agent network that operated as a USA official and employee. And every “where”.

If you do not address the network, then removing the “heads”…only results in the opportunist “waiting in the wings”, taking their place.

Consciousness (including the state of consciousness defined as “human”), Existence, Love, and Unity of all that is…was NEVER up for negotiation, let alone the control by a few.

NOTE TO “HRM”: When ALL the data is released next week to the world, do you believe the hearticulars will say, “She did all within her power to clean up”?

It matters not what was done before. All look to the actions done now.

There was not one clean place on this planet. All made it that way.

It all is about who makes a clean place now, and that they do with all their being and power to make it done.

Chosen actions now, Zero out all that was done before the cleanup.

Same goes for every other “leader” on this planet.

3 Comments to “ #HATJ- “Consciousness (including the state of consciousness defined as “human”)…was NEVER up for negotiation, let alone the control by a few””