By Arjun Walia, published on Collective Evolution, on June 28, 2015 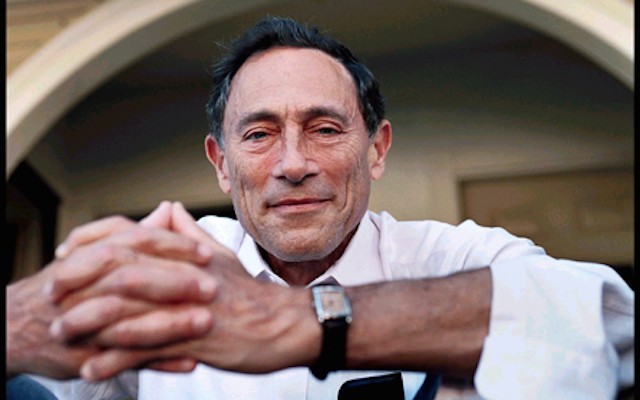 “Yes, it’s both. It’s both literally, physically happening to a degree; and it’s also some kind of psychological, spiritual experience occurring and originating perhaps in another dimension. And so the phenomenon stretches us, or it asks us to stretch to open to realities that are not simply the literal physical world, but to extend to the possibility that there are other unseen realities from which our consciousness, our, if you will, learning processes over the past several hundred years have closed us off.” – John Mack(source)

John Mack was a Harvard professor, psychiatrist, and Pulitzer Prize recipient. He, like many other academics, became very interested in the alien abduction phenomenon. One can see how this sparked his interest; after all, he was a professor of psychiatry. If you told a psychiatrist you’d had contact with beings from another world, you’d probably be handed a diagnosis of schizophrenia or psychosis along with a handful of medication. This is a disturbing thought, given the tremendous amount of evidence that’s now available to suggest that people are actually having legitimate experiences with extraterrestrial beings, or at the very least, are being completely genuine in their accounts. That’s not to say that some people do not suffer from hallucinations, but there are a lot of people out there who are actually having real experiences as well. John Mack was well aware of this evidence, and this is why he is one of the key pioneers of abduction research.

“There is abundant evidence that we are being contacted, that civilizations have been visiting us for a very long time.” – Former NASA Astronaut and Princeton Physics Professor (source)

Before you continue, it’s important to note that Mack was well aware of the UFO phenomenon, which has been disclosed by dozens of governments around the world by high level officials and documents. You can see some of those documents and statements in articles that are heavily sourced HERE and HERE.

“Just how literally to take this, is one of the most interesting and complex aspects of this. And I want to walk through that as clearly as I can. There are aspects of this which I believe we are justified in taking quite literally. That is, UFOs are in fact observed, filmed on camera at the same time that people are having their abduction experiences.” – John Mack (source)

To learn more about the UFO phenomenon you can click here and here.

As a medical professional, Mack’s first priority was the health of his patients. For the most part he considered them to be normal and healthy people who had experienced something mysterious.

“In fact, he considered it remarkable that, despite the obvious trauma they had undergone, most of these people were not medically or psychiatrically disturbed.” – Richard Dolan (1)

Mack had personally interviewed hundreds of supposed abductees, which became the focal point of his book Abduction, published in 1994. One of the most interesting cases came from a supposed encounter with over sixty schoolchildren in the town of Ruwa, Zimbabwe, on September 16th 1994. The children claim to have seen multiple hovering objects that resembled what we would describe as spaceships. All sixty of these school children described and offered drawings of these events with remarkable consistency.

We published an article a few months ago that goes more in depth on that specific case with pictures, interviews, and more. You can read that article HERE. You can view him interviewing the children HERE.

“They describe these events like a person talks about something that has happened to them. I can tell that these are people of sound mind telling me something…”  (source)

Through his work, Mack observed most abductees express how they had gained a greater spiritual awareness, or spiritual-type insights, as a result of their experience. He alluded to the idea that contact between human and non human extraterrestrial intelligence could in fact have positive outcomes. He found many commonalities among these reports, and believed people were being completely genuine about what they had experienced.

Another one of these similarities was telepathic communication between aliens and abductees, in which he drew the conclusion that this type of communication is part of altering human consciousness. For example, a lot of this type of telepathic communication (like the case mentioned above in Zimbabwe) has involved implanting images of environmental disasters, earthquakes, or other major catastrophes. As a result, many abductees have pursued humanitarian paths, trying to shift the direction in which our planet currently seems to be heading. (Realted CE Article: Alarming Study: Our Time To Avoid Dramatic Consequences Is Rapidly Disappearing)

Another common experience that supposed abductees describe, which Mack outlines in his book, is the process known as hybridization:

“Scott, one of the subjects in Mack’s book, ‘Abduction,’ had been a skeptic on the matter of extraterrestrials, but then was humiliated to recall how beings had laid him on a table and used various wires to stimulate sexual arousal and ejaculation. In his words, all of this was in order to ‘make babies.’ He felt violated and angry that the beings were controlling his memories and ‘messing with his head.’ On another occasion, he was shown cylinders with tiny babies, presumably from his sperm. He was also taken to an underground facility, where he saw that the alien beings were something like an extended family to him, in the sense that they knew everything about him. Indeed, they knew more about him than any human family would have known. Scott learned, somehow, that these beings were in the process of changing themselves physically so that they could breath on Earth. This is a key part of the hybridization process, he said.” (1)
One important factor about Mack was the fact that, although some abduction experiences have been extremely traumatic for some people, and even cruel at times, for him there was still an element of spiritual transformation. Moreover, even if we perceive something to be cruel, it may be borne of good intentions. This view is in contrast to that of many other abductee researchers, and it’s why Mack used the term “experiencer” instead of “abductee.”

Keep in mind, people have reported contact with various types of beings, but human-looking beings, as well as the classic “grey” alien type, seem to be the most common.

“There is a—I believe, a gradation of experiences and that go from the most literal physical kinds of hurts, wounds, person removed, spacecraft that can be photographed, to experiences which are more psychological, spiritual, involve the extension of consciousness. The difficulty for our society and for our mentality is, we have a kind of either/or mentality. It’s either, literally physical; or it’s in the spiritual other realm, the unseen realm. What we seem to have no place for—or we have lost the place for—are phenomena that can begin in the unseen realm, and cross over and manifest and show up in our literal physical world.” – John Mack (source)

With the above quote, it’s fitting to leave you with this video from the Citizens Hearing on Disclosure that took place in May of 2013. It was held at the National Press Club in Washington, DC where military/agency/political personnel shared witness testimony about the UFO/extraterrestrial phenomenon. Also included were statements from a number of academics, researchers, and activists. They gave their testimony to several former members of the United States Congress.

It’s a clip of Dr. Roger Leir, who was a doctor of podiatric medicine, and arguably the best known individual with regards to extracting alleged alien implants. He has performed more than fifteen surgeries that removed sixteen separate distinct objects. These objects have been investigated by several prestigious laboratories, including Los Alamos National Laboratories, New Mexico Tech, and many others. Unfortunately, he passed away in March 2014, but his legacy lives on.

“There is a serious possibility that we are being visited and have been visited for many years by people from outer space, by other civilizations. Who they are, where they are from, and what they want should be the subject of rigorous scientific investigation and not be the subject of ‘rubishing’ by tabloid newspapers.” (source) – Lord Admiral Hill-Norton, Former Chief of Defence Staff, 5 Star Admiral of the Royal Navy, Chairman of the NATO Military Committee

“There is another way whether it’s wormholes or warping space, there’s got to be a way to generate energy so that you can pull it out of the vacuum, and the fact that they’re here shows us that they found a way.” (source) – Jack Kasher, Ph.D, Professor Emeritus of Physics, University of Nebraska.

(1) Dolan, Richard. UFOs For the 21st Century Mind: New York: Richard Dolan Press, 2014 (Historian, author, one of the world’s leading researchers on the topic of UFOs)