by Samuel Maxime,  Editor-in-Chief, published on Sentinel, on February 6, 2017 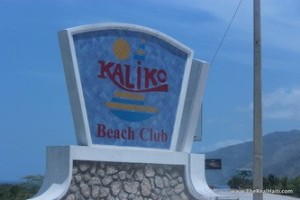 How 31 children were able to pass hotel administrators and staff to be kept in one room is being investigated by police.

COTE-DES-ARCADINS (sentinel.ht) – 31 minors, all girls aged 13-17, were rescued in an anti-child-trafficking sting operation undertaken by the Haitian National Police on Sunday. Among the arrested were 9 adults, foreigners, including missionaries among them.

All 31 children were being held in a single room, number 155, at the Kaliko Bay Hotel in Côte-des-Arcadins. The adult suspects were in Room 158 when they were arrested. How all the girls were able to pass hotel administrators and staff to be kept in one room is being investigated by police, according to Inspector Gary Desrosiers. The hotel owner, a driver of a bus that transported the children and some caregivers were held by police.

The investigation began in December and remains ongoing to uncover the true breadth of the operation that appears to include non-governmental organization and international elements. Assistance was given by fellow missionaries to police, which aided in the operation.

Investigators believe the syndicate was preparing to take the children over the Dominican Republic border to then leave the island. Police and other public officials are also investigating possible sexual exploitation being that all the minors were female.

Conservative Radio Host Glenn Beck, who visited a children’s refuge in Haiti in December, to pass out Christmas gifts, tweeted about the police operation hours in advance. This information is part of boatloads of “circumstantial” evidence that ConspiracyTalk‘s ongoing reporting into the U.S. political scandal, PizzaGate, reported.