HAARP Facility Shuts Down and Will Be Dismantled 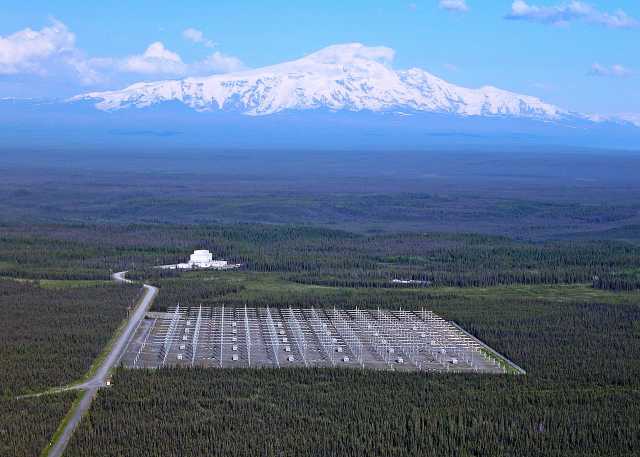 HAARP Facility Shuts Down and Will Be Dismantled

July 16, 2013 – The High Frequency Active Auroral Research Program (HAARP) — a subject of fascination for many hams and the target of conspiracy theorists and anti-government activists — has closed down. HAARP’s program manager, Dr James Keeney at Kirtland Air Force Base in New Mexico, told ARRL that the sprawling 35-acre ionospheric research facility in remote Gakona, Alaska, has been shuttered since early May.

“Currently the site is abandoned,” he said. “It comes down to money. We don’t have any.” Keeney said no one is on site, access roads are blocked, buildings are chained and the power turned off. HAARP’s website through the University of Alaska no longer is available; Keeney said the program can’t afford to pay for the service. “Everything is in secure mode,” he said, adding that it will stay that way at least for another 4 to 6 weeks. In the meantime a new prime contractor will be coming on board to run the government owned-contractor operated (GOCO) facility.

HAARP put the world on notice two years ago that it would be shutting down and did not submit a budget request for FY 15, Keeney said, “but no one paid any attention.” Now, he says, they’re complaining. “People came unglued,” Keeney said, noting that he’s already had inquiries from Congress. Universities that depended upon HAARP research grants also are upset, he said.

The only bright spot on HAARP’s horizon right now is that the Defense Advanced Research Projects Agency (DARPA) is expected on site as a client to finish up some research this fall and winter. DARPA has nearly $8.8 million in its FY 14 budget plan to research “physical aspects of natural phenomena such as magnetospheric sub-storms, fire, lightning and geo-physical phenomena.”

The proximate cause of HAARP’s early May shutdown was less fiscal than environmental, Keeney said. As he explained it, the diesel generators on site no longer pass Clean Air Act muster. Repairing them to meet EPA standards will run $800,000. Beyond that, he said, it costs $300,000 a month just to keep the facility open and $500,000 to run it at full capacity for 10 days.

Larry Ledlow, N1TX, of Fairbanks, Alaska, said HAARP ionosonde and riometer data have been “invaluable, especially being more or less local, to understand current conditions in the high latitudes.” He said data from other sites “simply do not accurately reflect the unique propagation we endure here.”

To fill the gap, Ledlow said, several members of the Arctic Amateur Radio Club — including Eric Nichols, KL7AJ, author of Radio Science for the Radio Amateur and articles in QST — have discussed building their own instruments. “It’s all very preliminary,” he said, “but we really feel the pinch losing HAARP.” Nichols, of North Pole, Alaska, has conducted experiments at HAARP. He called the shutdown “a great loss to interior Alaska hams and many others.”

The ultra-high power facility long has intrigued hams, even outside of Alaska. In 1997, HAARP transmitted test signals on HF (3.4 MHz and 6.99 MHz) and solicited reports from hams and short-wave listeners in the “Lower 48” to determine how well the HAARP transmissions could be heard to the south. In 2007 HAARP succeeded in bouncing a 40 meter signal off the moon. Earlier this year, HAARP scientists successfully produced a sustained high-density plasma cloud in Earth’s upper atmosphere.

As things stand, the Air Force has possession for now, but if no other agency steps forward to take over HAARP, the unique facility will be dismantled, Keeney said. He pointed out that it would cost less to bulldoze the antenna field than it would to replace the 180 antennas.

Splashy web postings abound, blaming HAARP for controlling the weather — most recently in the case of Hurricane Sandy and the spate of tornados — and for causing other natural disasters. Quipped Keeney, “If I actually could affect the weather, I’d keep it open.”

1 Comment to “ HAARP Facility Shuts Down and Will Be Dismantled”