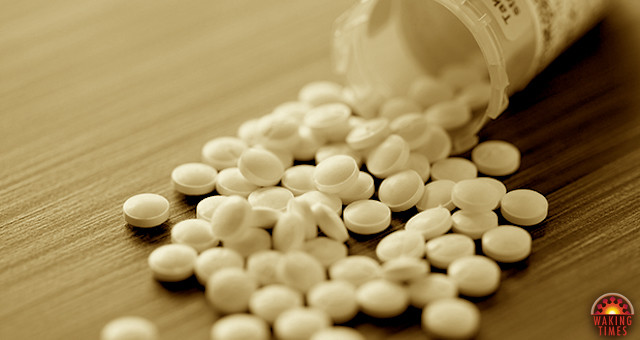 A research team out of University of Colorado-Boulder has found that prescription opioids may actually worsen chronic pain. The study also discovered that these drugs may in fact prolong the condition that they are supposed to help placate. This may explain why in the U.S., prescriptions of opioids, such as methadone, oxycodone (such as OxyContin®) and hydrocodone (such as Vicodin®), have quadrupled since 1999.

Pain after disease/damage of the nervous system is predominantly treated with opioids, but without exploration of the long-term consequences. We demonstrate that a short course of morphine after nerve injury doubles the duration of neuropathic pain. (Source)

There is little contention to the claim that prescription painkillers are dangerous. They have been responsible for over 183,000 deaths over the last 15 years. Some particular brands have killed thousands. Take Vioxx, for example. This painkiller killed over 60,000 before it was pulled off the market in 2004. In the year prior, Merck made $2.5 billion from sales of Vioxx, which was heavily marketed via direct-to-consumer advertising.

“There’s an ongoing death rate from use of pain medications as prescribed. So, even as prescribed, they’re highly dangerous and they are open to abuse.” ~ Dr. Margaret Gedde, owner and founder the Clinicians’ Institute of Cannabis Medicine (Source)

Death isn’t the only risk of prescription painkillers. Misuse, abuse and addiction are rampant in the United States. For example, in 2014, almost 2 million Americans abused or were dependent on prescription opioids. Furthermore, on any given day, 1000 people on average are treated in emergency situations for the misuse of these drugs.

Why are we putting ourselves at such great risk? Based on the research out of University of Colorado-Boulder (UC-Boulder, it seems prescription painkillers aren’t actually helping people address chronic pain but are very effective in creating repeat customers for Big Pharma.

Many people take prescription painkillers on a regular basis because the drugs are supposed to help them manage chronic pain. But a 2016 study out of CU-Boulder found that opioid use actually increases and prolongs chronic pain in rats. The study researchers concluded that “prolonged pain is an unrealized and clinically concerning consequence of the abundant use of opioids in chronic pain.” (Source)

During the study, scientists discovered that a five-day morphine treatment in rats resulted in chronic pain that continued for months. The treatment triggered the release of pain signals from the rats’ immune cells located in the spinal cord – also called glial cells. These cells play an important role in clearing out infection-causing microorganisms. When the body is experiencing pain, glial cells are placed on high alert as the body prepared for the clearing process.

During the opioid study, morphine treatment in rats resulted in opioids sending repeated signals to the glial cells. This increased the activity of these nerve cells in the spinal cord, resulting in intensified chronic pain that continued for several months.

“We are showing for the first time that even a brief exposure to opioids can have long-term negative effects on pain. We found the treatment was contributing to the problem.” ~ Peter Grace, CU-Boulder Assistant Research Professor and Faculty Member in the Department of Psychology and Neuroscience (Source)

“The implications for people taking opioids like morphine, oxycodone and methadone are great, since we show the short-term decision to take such opioids can have devastating consequences of making pain worse and longer lasting.” ~ Linda Watkins of CU-Boulder Professor (Source)

The study was published in the Proceedings of the National Academy of Sciences. Although it was conducted on rats, if the findings hold true to humans, this would help explain the vicious cycle of prescription painkiller abuse and the growing epidemic of opioid addiction.

Anna Hunt is co-owner of OffgridOutpost.com, an online store offering GMO-free healthy storable food and emergency kits. She is also the staff writer for WakingTimes.com. Anna is a certified Hatha yoga instructor and founder of Atenas Yoga Center. She enjoys raising her children and being a voice for optimal human health and wellness. Visit her essential oils store here. Visit Offgrid Outpost on Facebook.