Robert David Steele-Deep State Isolating Trump from We the People 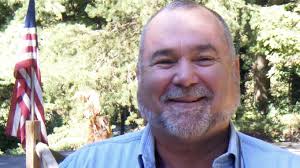 If Trump can’t mount a counterattack and get rid of his White House “traitors,” what happens? Intel expert Robert David Steele predicts, “He will not be re-elected, and he will also probably be impeached in 2018. . . . Donald Trump is toast after 2018 . . . if we don’t do electoral reform. The Democrats will steal back the House and they will impeach Donald Trump. They will combine that with protests in the streets, and they will combine that with banking pressure to include a $20 billion bribe . . . and Trump will finally say I can’t handle this. I can’t do this, and he’ll leave. . . . Candidates can be bought, particularly if you apply so much pain to them that is simply not worth the hassle. I believe in Donald Trump. I want to devote my life to helping Donald Trump to restore the Constitution and restore democracy. I am deeply upset that Donald Trump is not getting the advice he needs to lay this out for America and provide a solution. The Electoral Reform Act needs to be implemented in the next 90 days or Donald Trump is not going to finish his term.”

All links can be found on USAWatchdog.com: http://usawatchdog.com/trump-has-trea…