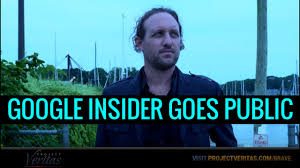 A Google insider who anonymously leaked internal documents to Project Veritas made the decision to go public in an on-the-record video interview. The insider, Zachary Vorhies, decided to go public after receiving a letter from Google, and after he says Google allegedly called the police to perform a “wellness check” on him. See the documents Zach leaked to Project Veritas in June: https://youtu.be/csP4z8dR6X0