published on The Millennium Report on December 12, 2016 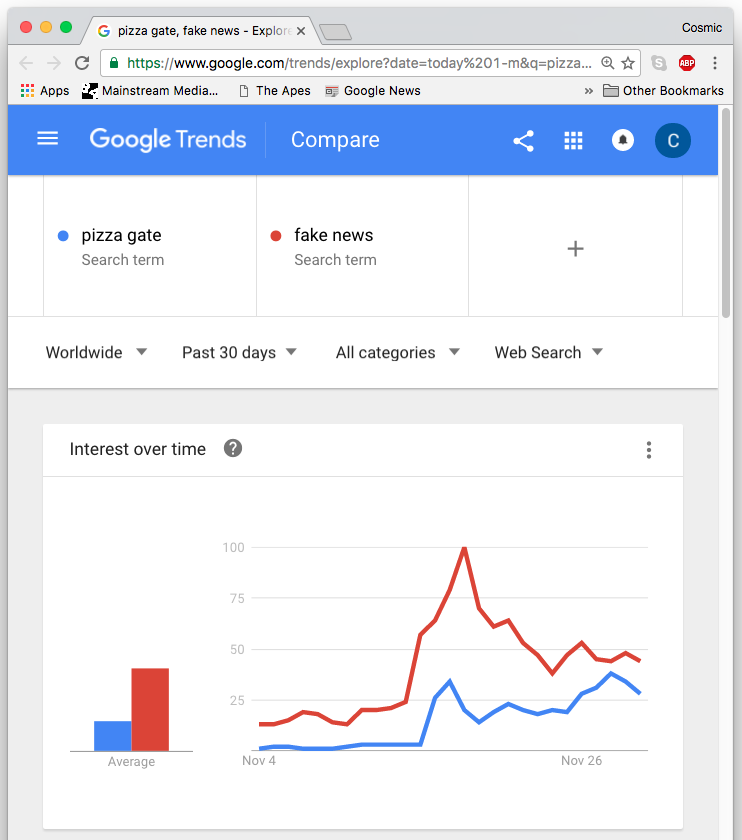 The hard evidence is shown in the graphic above 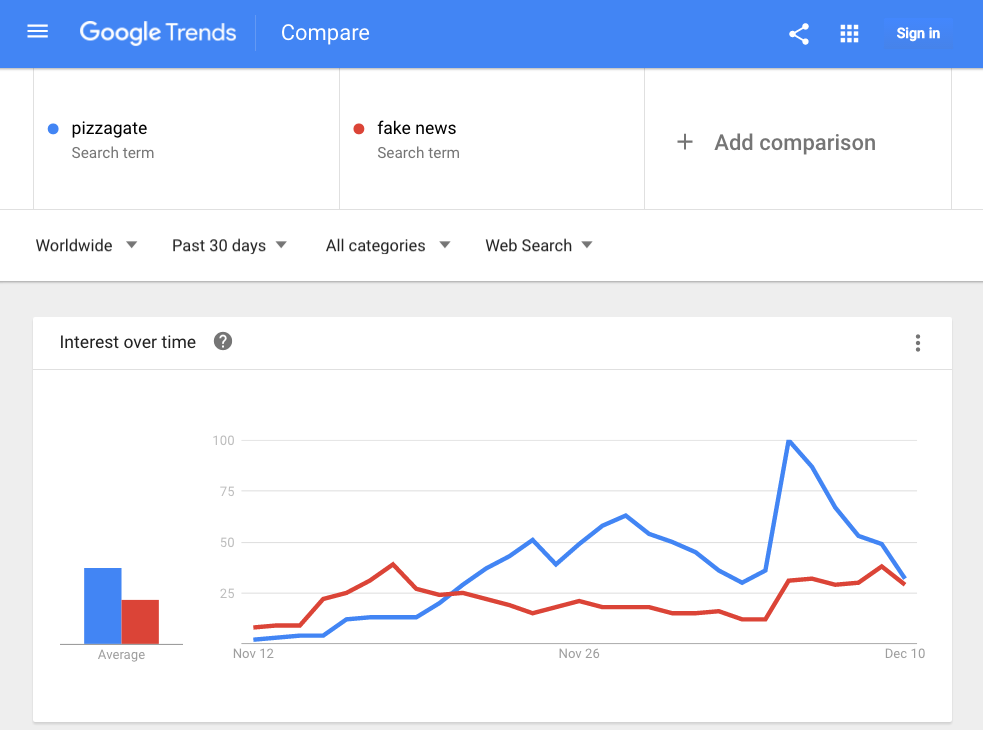 The Google graphic posted above is worth a million words…that essentially constitutes a scathing indictment of the Mainstream Media (MSM).

For those who are not good at reading graphs, may we spell it out for you?

The top RED line shows that the ‘Fake News’ meme was quite purposefully disseminated throughout the World Wide Web just 2 or 3 days before the PIZZAGATE scandal broke wide open.  The bottom BLUE line shows the trending of PIZZAGATE on Google just after ‘Fake News’ was made to go viral (see how the RED line clearly dominates the BLUE line)  In other words the new meme was deliberately planted in stories everywhere across the Internet.  Even Obama went to Europe to talk about the “spread of fake news online” when he was in Germany in mid November.

In other words, the ruling elites, who are literally up to their eyeballs in pizza[GATE], ordered the MSM magnates to blitz the worldwide media with the ‘Fake News’ narrative just days before PIZZAGATE exploded on the scene.  That’s how really afraid the Deep State is of PIZZAGATE going supernova.

PIZZAGATE: A Complex and Convoluted Conspiracy at the Highest Echelons of the U.S. Federal Government is Exposed

They knew that they had no choice but to go totally ballistic on the Alt Media, as we were getting way too close to the most radioactive truth.  After all, just how desperate must the MSM be to call everything that is not mainstream pap and piffle fake news.  Talk about reckless, and hubris, and D E S P E R A T E!  So desperate they are now carrying out false flag operations in D.C.

This occurred right after Weinergate went prime time, as it was that scandal that provided the grist (read leaked emails) for the global citizen’s investigation that is now going on full bore.  Thank you, Anthony Weiner!

It Was Weinergate That Broke Open Pizzagate

Back to the Golden Google Graphic above.  Truly, they don’t come any better (read incriminating) than this.  Many thanks to our super-sleuth for even thinking of conducting such a brilliant statistical exercise .

It’s high time for the PIZZAGATE citizen investigators and journalists to perform more of this outside-the-box research.

Every Citizen Journalist Ought To Investigate And Report On PIZZAGATE

All citizen journalists and Internet researchers are encouraged to send any evidence which proves and supports the ongoing PIZZAGATE crime spree to the following email address: InvestigatePizzagate@gmail.com

PIZZAGATE: The Greatest Scandal of the Third Millennium